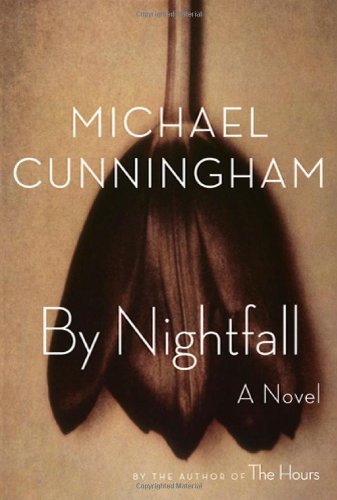 A Lamp for Nightfall: A Novel

Will be shipped from US. Used books may not include companion materials, may have some shelf wear, may contain highlighting/notes, may not include CDs or access codes. 100% money back guarantee.
View on Amazon
That little quote pretty much sums it up in this story—so similar in tone and characterization to many of Caldwell’s others, even if entirely different in setting. I’ll let the remainder of the paragraph clue you in: “(d)on’t guess such things happen anywhere else in the whole world now, except down-Maine. But wasn’t always so in the past, and I’d have been the first to damn any man who claimed it was. It must be the kind of people we’ve grown to be that makes it happen like it does now. Can’t see any other reason for solid men like me and you, Lincoln and George, and all the rest of us true townsmen petering out and just sitting back to give leave to things happening when, how and where they have a will to. It’s the early autumn and hard winter coming on that brings it about. Looks like all such things come about at a season of the year, and the time to be dreaded is coming over us again. Dwelling houses without lighted windows at nightfall are getting to be as common a sight as pesky milkweed pods shedding floss in August.”

I’ll let this first paragraph of Chapter 20 round out my review, as I think it contributes equally to a summing up of the story. To my way of thinking, Caldwell manages to use the landscape and a few of a character’s concerted actions to paint a picture in the reader’s mind that perfectly sets the tone and object of the story. “(o)ne by one the blinds were closed over the windows. Finally, only the two kitchen windows were left to allow the short winter daylight to shine into the house. By the time winter had set in, Thede had closed all the rooms except the kitchen. He prepared one or two meals a day there, and in the evening he lay down on the quilt-covered couch by the range and slept a little during the long night, half an hour or an hour at a time. During his hours of wakefulness he would sit by one of the windows and gaze unseeingly out into the darkness of the night. The short winter days began at eight-thirty in the forenoon and by four or four-thirty twilight came. Most of his time during the day was spent sitting at a window and looking out over the bleak north country where the ground and new forest was deep in crusts and drifts of snow.”

This story is primarily about a small-town, dysfunctional Maine family—about as dysfunctional as any set of characters Caldwell has created (in my reading, to date, of his works). That’s as much as I’ll say about the plot, except to encourage you to find the book and read his account for yourself. You won’t be disappointed; that, I promise.

Not likely to be in print now, but it's not a bad read, published in 1952, but written as much as 20 years before, and rejected by a number of publishers.
Set in Maine, rather than the South, but featuring similar characters that you would find in a Southern Caldwell book, the tale is about the miser Thede, who makes his family live in misery and poverty, even though he has $200,000 to his name.
He is prejudiced , can't stand foreigners of any kind, especially French Canadians, who are comprising a large part of the 'foreign' population of the local township. Yet he allows his daughter to marry one, acknowledging that a local born American of the area would be too incompetent, lazy, to look after her, and probably let her starve instead.
Thede grudgingly admits that while hating foreigners, they have a better work ethic than some of the local Americans who are abandoning the surrounding farmlands to live elsewhere and letting the township die. The local townsfolk, who have little ambition, admit this too. His bullying attitude to his son results in the son's suicide. Eventually Thede's wife leaves him, his son is dead, and his daughter is married vowing never to return.
Thede is eventually doomed to live the rest of his years alone, yet he doesn't seem to care, in his blind stubbornness, he can't, or won't, admit that he has severe flaws and that treated his family wrong.