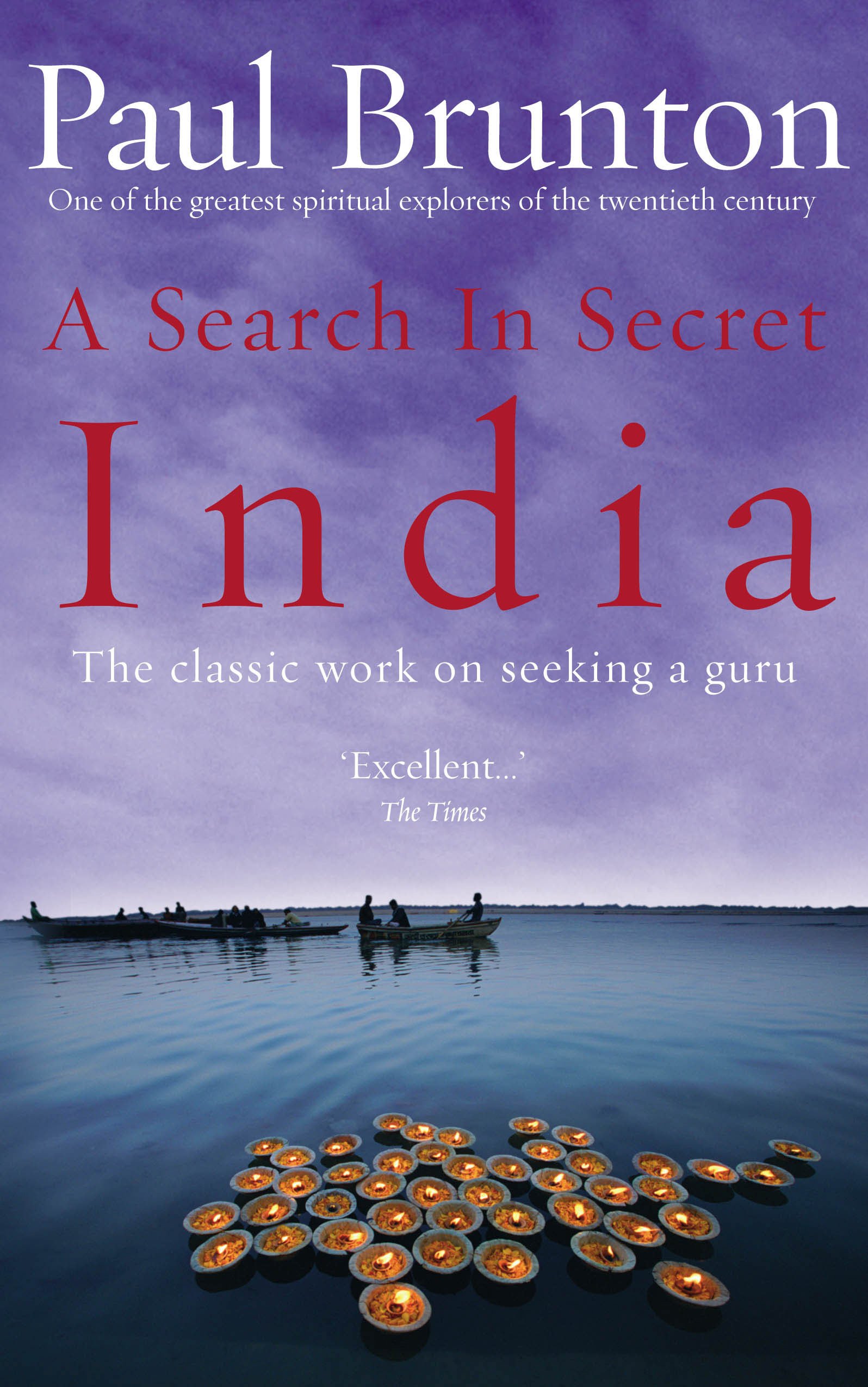 A Search in Secret India

Posted by leeshkay | Published 6 months ago

The late Paul Brunton was one of the 20th century's greatest explorers of and writers on the spiritual traditions of the East. A Search in Secret India is the story of Paul Brunton's journey around India, living among yogis, mystics, and gurus, some of whom he found convincing, others not. He finally finds the peace and tranquility which come with self-knowledge when he meets and studies with the great sage Sri Ramana Maharishi.
View on Amazon
This book is a classic in its own right. Brunton was a Western writer and materialistic to begin. But he travels about in India, interviewing yogis (who are hard to reach). He writes about different traditions of yoga. He is most impressed by Ramana Maharshi. (Ramana is not really a yogi.) He interviews an astrologer who describes ancient Tibetan astrology, etc. This is a book that can be read over and over. Unfortunately Christians would not benefit much, unless they want to grow spiritually.

Throughout my spiritual quest, almost all the spiritual books I've read "came" to me at precise the right time. As the Buddha's saying goes "when the student is ready the teacher will appear. I still don't know how I came across this jewel, but all I can say is "what an amazing teacher"! Written in 1935. Thank you Paul Brunton you made me experience the India I dream about. Thank you for introducing me to Sri Ramana Maharshi. This book is not one that will be saved in one of the Kindle's folders, this is a book one needs to return to again and again, especially the last chapter: Tablets of forgotten truth.

The book itself is interesting, although the author exhibits some of the unfortunate biases of his era and culture. He does evolve as the book progresses. But, the kindle edition is the worst I’ve ever purchased. There’s no spacing between lines of dialogue, for example, so the reader has to figure out when one person’s words end and another begins, in addition to other editing issues. Also there are no photos or maps included.

As one who has read many spiritual books and is a follower of Paramhansa Yogananda, I was thrilled in reading PB's book on India. I was most impressed by his encounters with holy men who could perform wondrous feats. Most people from the west think that so-called miracles stopped with Jesus. I was captivated reading his accounts of meeting and interacting with the true holy men of India. His dealings with the phony conjurers was interesting and showed how relentless he had to be to find true saints. His written experiences were fully convincing and reflect just how much we have to learn about our abilities to move beyond the physical world we think is our only realm of operation. I recommend this book for anyone seeking a path to self-realization. It was a great read and very helpful to me.

I came to this book after discovering Ramana Maharshi. Mr. Brunton does an excellent job of recounting his adventure to India. He also does an really good job of capturing the essence of the message which Ramana consistently delivered to any who had the good fortune to converse or encounter him. I am forever grateful to Mr. Brunton for detailing his adventure in India and for introducing us to the teachings of Ramana Maharshi!

This book was poorly written and sometimes hard to follow because the author didn’t separate dialogue and often jumped from on topic to another all in the same paragraph. Nevertheless, there is a great deal of fascinating spiritual knowledge. Some of the information jumps out at you and other you have to astute enough to see what it right in front of you.

Read it, learn and use. Devoid of hocus pocus. I want to read more of Brunton. Was apparently a major influence on Carl Jung, though never given credit by Jung.

A wonderful book merging travel, spiritual seeking, yoga, India, history and interesting personalities. I thoroughly enjoyed reading this from the point of view of a yoga teacher. I am old enough to find the prose easy and natural tho a bit formal, and it was such a joy to steep in Paul Brunton's style of searching and writing. A valuable testimony, and as pertinent today as ever. Highly recommend.

It's a good book, with good stories and experiences, but regarding Gurus maybe Sri Ramana Maharishi is the only real guru in the book, the other ones are just wise people, others aren't ;)

In the 1930's the journalist Paul Brunton is travelling around India in search of the real 'yogis'. What he finds is perhaps some of the last real wise men of India. The events and conversations with them are enlightening as to what really constitutes yoga philosophy and what is important in our daily practice.

If you are seeking inspiration to awakening in the Buddha sense... then this tsar and enchiridion is 5 stars. Beautiful,beatific, and blessed,

Paul Brunton is the pen name of Raphael Hurst. He was born in London in 1892.

He served in a tank division during the First World War. Later he was a writer and journalist.

Being a writer, his English is of high standard and a little
difficult for us.

The first 2 chapters of this book is little boring, so I
started reading from 3rd chapter onward where his direct experience with
spiritual people begins.

He voyaged to India in 1930's in search of India's ancient wisdom of Spirituality, Yoga etc.
Paul Brunton was very much interested in Eastern Philosophy and Mysticism.

He traveled and wandered all over India, without proper food and shelter, and interacted with faqueers, saints, Yogis, astrologers, magicians etc. Some of them were frauds, ignorant, but few were genuine.

He was was one surprised by an astrologer with his correct prediction of his life.

He traveled to South India and came to know about Ramana Maharshee and stayed with him for a short time. He had some spiritual experience.

PB was always a septic person and he always wished to have straight or direct spiritual experience without the patience of practicing it.
So he traveled again to different parts of India. Finally he was directed by a Yogi to go to Bombay and meet his destiny.

At Bombay he become severely ill and he thought of leaving India.

PB wrote this book “ A Search In Secret India” in 1934.
His work has brought some light on Yoga and ancient Spiritual Wisdom into the Western World.

He has written many other books also.

He died in Switzerland in 1981.
Visit “http://www.paulbrunton.org”