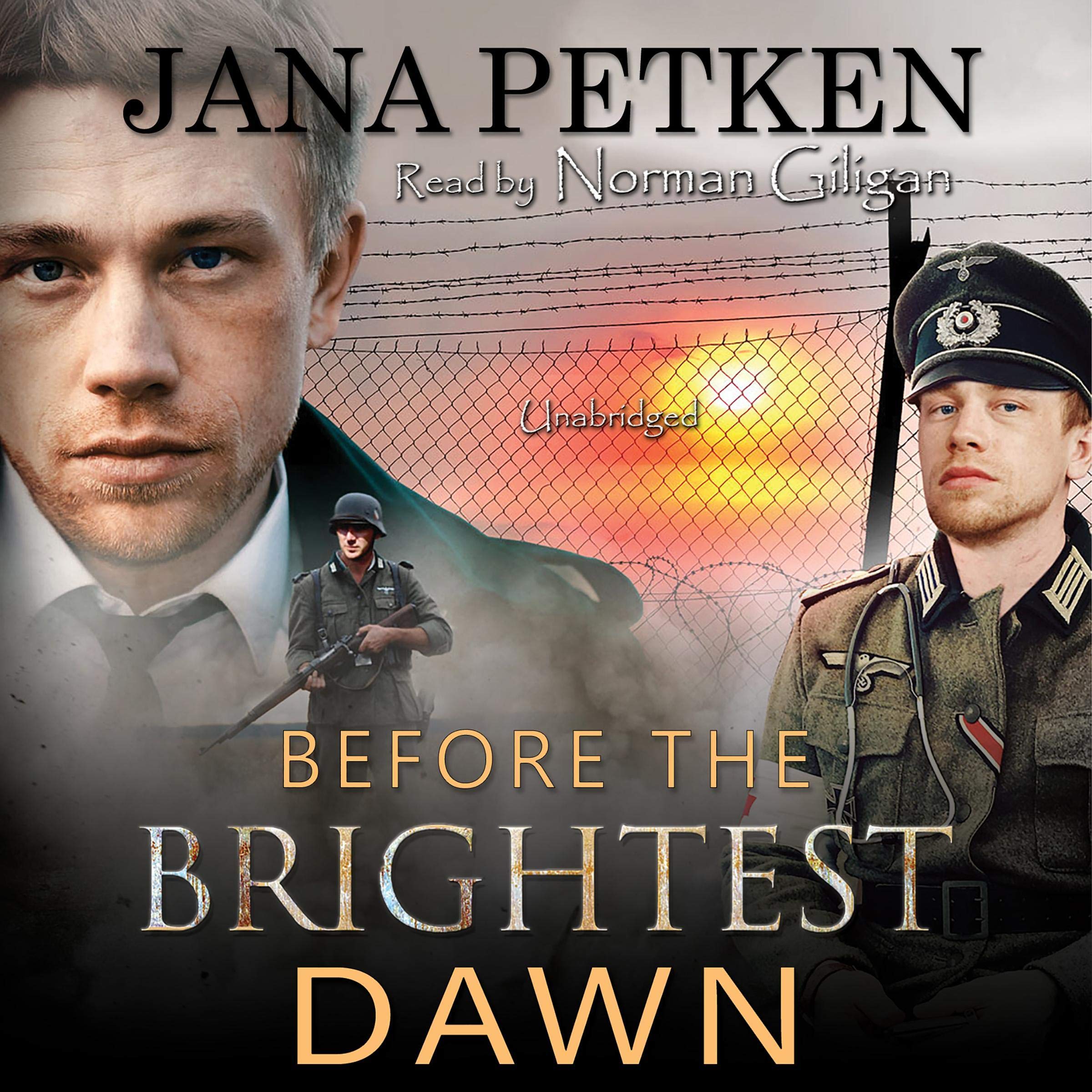 Before the Brightest Dawn: The Half-Bloods Trilogy, Book 3

In The German Half-Bloods and The Vogels, Jana Petken followed the turbulent lives of an Anglo-German family as they forged their paths through the Second World War. Now, the conflict intensifies in the Soviet States, North Africa, France, and the growing resistance movement in Poland. Will Max, Paul, and Wilmot Vogel survive the most ruthless phase of the war to date?

Max takes a path to momentous events in North Africa where he balances undercover games of espionage in decadent Cairo with dangerous missions behind the German Afrika Korps’ lines. Paul’s loyalty to the Third Reich continues to wane as Germany’s extermination programs in Poland expand, and he is stalked by the new Kriminalinspektor, Manfred Krüger. Can he stay one step ahead of a man who has been ordered to destroy him?

Wilmot faces new challenges in the Afrika Korps, but is he mentally and physically prepared to lead his men into Libya’s fiery desert and against the British 8th Army?

View on Amazon
Jana Petken’s novel, Before the Brightest Dawn, pulls her trilogy together in a heart-wrenching, but satisfying conclusion. This series combines characters I cared about (the extended Vogel family) with a time period and political climate that are disturbing in their applicability to contemporary times. It doesn’t MATTER which side of the fence you’re on politically; Jana seems to understand and depict both. With patient, inexorable steps, she leads us from the beginning, showing how WWII began, escalated, and climaxed, leaving broken bodies and broken minds in its wake. In the middle of the war, there are times of laughter and joie de vivre; there are times of exquisite agony and pain beyond bearing; there are moments of mercy, and instances of cold, remorseless survival. The research she did was impeccable in its accuracy and thoroughness; as a WWII buff, I found myself digging back through old college notes and googling newly presented facts in a rabbit-hole frenzy of memories. This novel works perfectly well as a standalone, but I’d suggest also reading the first two of the series: The German Half-Bloods and The Vogels: On All Fronts for a complete background of the family.

So, I have been waiting for this book, the last in the trilogy, since last fall when I finished The Vogals On All Fronts. It was definitely worth the wait. This series is, without a doubt, my favorite historical fiction and I read a LOT. Jana created the Vogel family and I fell in love with them, their challenges, losses and successes during WW2. The storylines captivated me throughout all 3 books and I waited anxiously for this book and to discover the fate of the Vogels. Aside from my sadness as having to say good-bye to Vogels, this book was everything I hoped it would be...and more.

I normally don’t begin reading stories having multiple books. I have found many times the following books weren’t yet completed causing readers to wait some time. Having all three complete and available at a reasonable price made reading of the Vogels a pleasant experience. I had a close friend whose family had roots who lived through this period. Reading this trilogy has helped me understand what some of them experienced. The Jewish people are still looked down on with feelings they are taking the wealth from the rest of us. What’s true is that they work hard and help other members of their families start businesses. This work ethnic is the way many families used to be. I enjoyed Jana Petkens writing and look forward to reading more stories written by her.

Before The Brightest Dawn is the final compelling novel in Jana Petken’s German Half-Blood Trilogy. I enjoyed this entire series immensely and hated to see it end. I’ve come to know and care for the Vogels; the German half-blood family featured in this book. Jana Petken’s ability to capture the rawness of war, emotional and family distress, and the atrocities done by the Nazis, is outstanding.

The author brought WWII alive for me in this novel. I have read several books by Jana Petken and have never been disappointed. Her writing is clear, captivating, meticulously researched, and unforgettable. I highly recommend reading Before The Brightest Dawn.

Couldn’t put all three books Down. Best ww2 books I’ve read,
Books all 3. Read you won’t regret and may see similarity’s to today’s times if you have the capacity to think for yourself and haven’t been indoctrinated.

This book (and the whole series) is an impressive epic that repeatedly kept me reading late into the night. I feel like I know these characters personally. "Before The Brightest Dawn” is book 3 of The Half-Bloods Trilogy, by Jana Petken. The author has a real talent for blending research and drama into a gripping story. Really enjoyed all three books (The German Half Bloods and The Vogels: On All Fronts - are the first two in the series). And would recommend them to anyone who loves historical fiction or just a great story. FIve stars.

Should be read as book three of a trilogy. Could not put any of the three books down as they followed the lives of the "half blood" sons of the Vogal family, and delved into how each handled the ferocity of WWII in their own ways. With a British mother and a German father, it was inevitable that there would be much dissension in their lives. Adding to this was the addition of espionage, partisan participation and the view of a soldier's progress as he turned up in Dachau, Russia, the dessert with Rommel's Africa Corp and finally in a POW camp in Kansas, USA. Most WWII books are not written from the view point of Germans...1/2 Germans and how they survived and tried to fight against Hitler's policies and yet still preserved their lives.

I just completed the trilogy and have one word-outstanding. The entire trilogy was a well written and insightful story of both the horrors of World War 2 and the passion of both sides. The conflicted feelings of the characters was compelling. These books were hard to put down so set aside some time before you embark on what I’m sure will be a wonderful journey

I find myself to have been affected in many ways by the complete Vogel trilogy of books: I have been deeply moved and emotionally impacted by both the humanity and also the inhumanity of mankind in the face of indescribable adversity, deprivation and the basest of cruelty. I have also gained an even greater awareness of the suffering of Poland, both of its people and as a country.
Overall, the sheer courage and determination of ordinary men and women to overcome such unimaginable and overwhelming horrors, even when all at times may have seemed futile, shines through these books like a beacon of hope in mankinds darkest hours, "Before The Brightest Dawn."
The characters in the books are alive, vivid and very realistically and honestly protrayed, and remain consistent and believable throughout.
I wholeheartedly recommend the complete trilogy as a powerful and profoundly moving read which consistently moves on at a steady pace.
I was captivated by these books which I found extremely hard to put down every time I started reading.

Gripping trilogy, well researched, characters well developed and both, historical and medical aspects revealing.Does not shrink from showing the horrors of war and the cruelty and futility of any war for whatever reason. A really engrossing read. Highly recommend this author