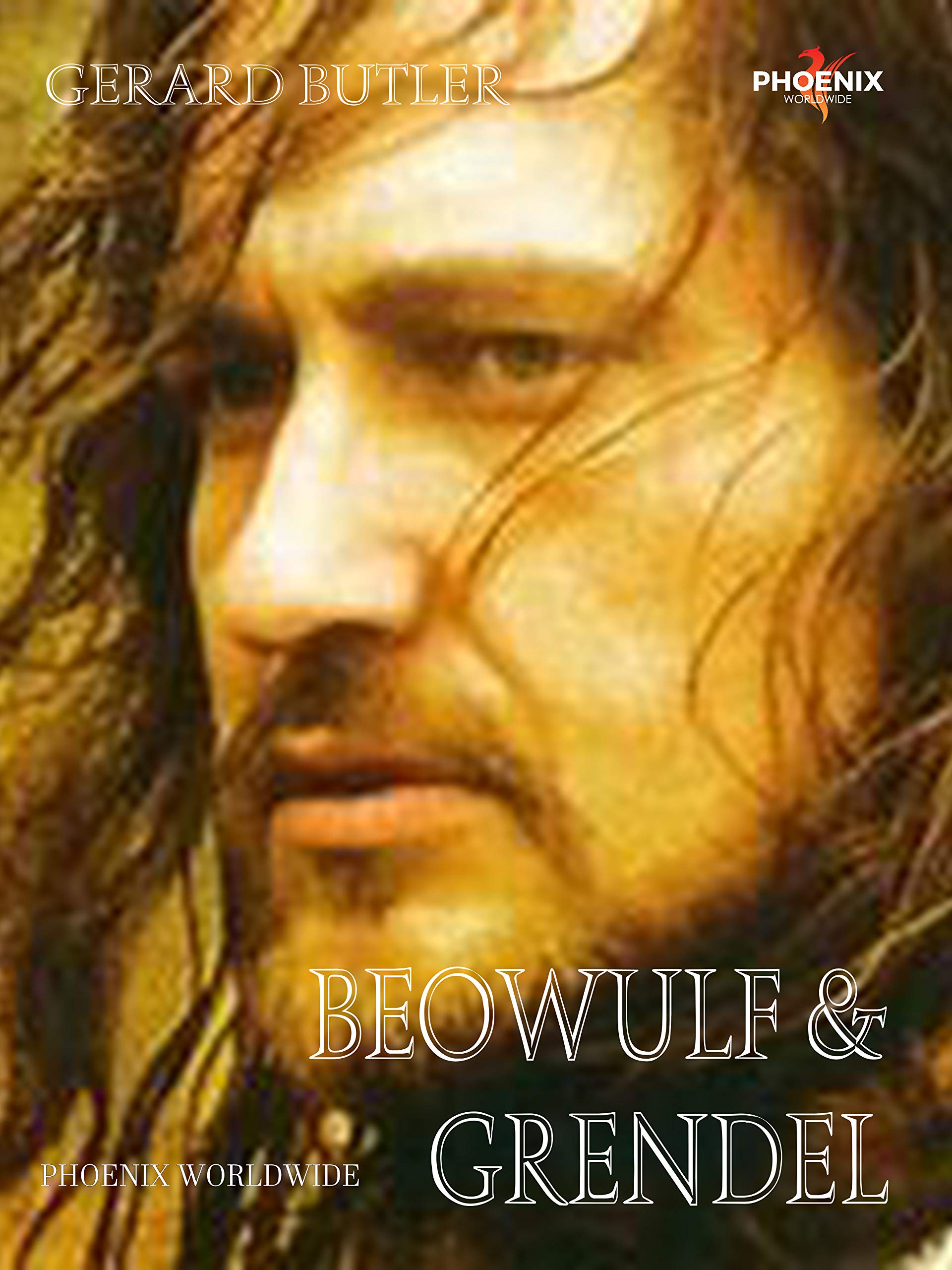 View on Amazon
The 13th Warrior, which this occasionally imitates, is a much better recasting of the Beowulf story. This one goes too PC and, I dunno, Canadian in pitching Grendel as a poor misunderstood outsider wronged by the smug, kinda racist Hrothgar. And for a blood-and-iron epic tale it drags a lot, which the original poem never does. Also, they must not have consulted with any Beowulf scholars, or they'd have known that Beowulf's tribe, the Geats, is pronounced Gay-ats, not Geets. It's a nitpicky point, but still irked me. It has a few good points. The Icelandic scenery is suitably heroic, and it's generally a strong cast, except for Sarah Polley, looking prettier than ever but terribly miscast, and Stellan Skarsgard, sleepwalking through a role he's played too often. Then again, the big Scandinavian dude they got to play Grendel is quite good and convincing.

This is my second favorite film on the Beowulf tale, my favorite is the 2007 live action animated film with Ray Winstone, Anthony Hopkins and Angelina Jolie.

This film is very different than the 2007 film in the way it depicts the Beowulf and Grendal, but I liked it. This has a very Viking feel and is more mortal, more human. Grendal is portrayed as almost a cro-magnon man and his mother a witch crone. Beowulf is very much a mortal human and this rendition isn't supernatural. As such, it has a more authentic feel.

Take a masterpiece of heroic poetry acclaimed for its beauty and replace the story with modern day tropes such as "heroes are the real monsters" and you have this film.

The film is ahistorical in many details beginning with the fact that it took place in Denmark, not Iceland, where the geography looks markedly different ( no icebergs from Goetland to Jutland e.g.).

So why film in Iceland ? Turns out the filmmaker left Iceland as a child for Canada and wanted to make the movie in locations with the worst weather conditions in Europe as he thought it would add verisimilitude to the story.

The documentary about making this project, "Wrath of the Gods" is also available on Prime is a much better movie than this one.

My main complaint is the lack of action and the uninteresting dialogue. Other cons are for "non-canon" Selma and her basically undertone of bewitching sexuality, for Grendel being made out to be a victim.

If we look to the source material, Grendel is a human-devouring monster who basically attacks the joy of Hrothgar's men, being a cursed descendant of Cain. Beowulf is a Godly man who uses his bare hands and brute strength to take on Grendel, ripping his arm from it's socket.

Of course, we don't always have to go by the source material fully, as the movie 13th Warrior did a good job of revisioning this story. But the 13th Warrior removed Beowulf and Grendel and replace each with multiple characters, where anyone unfamiliar with the original story would not know that this is a movie modeled after it.

Honestly, I think the inclusion of Selma and her two sex scenes and her aggressive practical language was done to spice up a boring story and to contrast the drunken emotional men. Bad characterizations all around.

Though Grendel was still barbaric and a rapist (which didn't seem to be shown as bad like it should have), the actor who portrayed him demanded your attention and was even funny on occasion.

It was pretty shocking how a low budget movie with a great story and actors can work very well. It was one of the best Beowulf movies I had ever seen. The fights, blood & Gore, and scenic environment made the movie really authentic. It was refreshing to see a good movie without any CGI or fancy explosions or computer animations. Even the sex scenes weren't bad. I hope another movie comes out that depicts other mythical legends.

I was led to this movie by some killer vikingish bands using clips of it in their youtube videos to great effect. Oh, they made it look cool. And the hot red head.

I started it. Oh, Gerard Butler, this has to be decent. Have you ever heard of the sunk cost fallacy? I should have known 1 minute in to stop. I will literally punch myself in the face right now for not doing so. Ow. There.

All I could think about through most of the movie was how to word this review, but I could never do it justice. Curse the 5 star reviews and the 3.5 star average. PLEASE, for the love of whatever, just DON'T DO IT!!!!

I wanted to like it, but I couldn't get through ten minutes of it! SO many other "takes" on the basic story are SO much better done. Shame on Butler for signing his name on the contract to make this steaming pile of garbage!

"Beowulf & Grendel" is frequently commended by lovers of Viking movies, but this is actually quite an average film. The storyline and script are simplistic at points and the acting is sometimes below standard. There are some points that I liked, tho': turning Grendel from a heinous monster into a sort of gigantic Neanderthal with a chip on his shoulder against Hróðgár is ingenuous, while the ascendancy of Wealhþéow over the king is also interesting (particularly in a deleted scene); this is even more clearly marked in Zemeckis's version. The representation of a Danish hall seems all in all quite accurate. (The OE scholar Andy Orchard is thanked at the end of the film but not credited as advisor, so I wonder about his exact role in the film...) If you know the actual story told in the Old English poem, there are some noticeable departures, mainly the presence of an Irish monk and the witch. I like the former but cannot see the necessity of the latter: the monk is surely there to remind us that "Beowulf" as we know it is actually a old heathen myth copied by English monks, who are widely suspected to have modified the original oral stories to make them fit their Christian vision. This is probably there to explain the scene of the Geats returning home, when Thorkel the scop is shown to have been baptized and he draws comparison of Grendel with Cain (this is in the OE poem, btw). Other than that and as far as the development of story goes, on the other hand, the monk is quite superfluous. The presence of the witch allows us to enjoy the pretty Sarah Polley, but her relationship with the troll is a bit ludicrous, as is the final surprise, which I see as an attempt to link the film with the third part of the poem (Beowulf's fight with the dragon, of course not shot for this movie).

Concerning the edition, the DVD is devoid of any subtitles (always a mistake IMHO, and even more here as the thick accent of some actors may prove a bit hard for foreigners), but on the other hand it offers both 2.0 and 5.1 versions. There is an audio commentary by the director and the screenwriter, (short) interviews with some members of the cast, a few deleted scenes, a comparison of the storyboard with the actual film, and some costume sketches. Some excepts of the documentary "Wrath of God" (about 9 minutes; the whole documentary is 72') are also included.

The film is a fairly accurate telling of the story but doesn't include the end of the poem where Beowulf fights the dragon when he's an old man, therefore ends with Grendel's mother.
The recreation of the period feels authentic and the acting is good. DVD includes a making of film which is really worth watching too. Quality.

I had seen '13th warrior'and thought it was very good-----THIS I thought was very bad!!!!Sort of the same story,BUT nowhere near as much action.Dreadful acting, and awful,very odd story line.Very fed up very quickly----but I do know, many people have enjoyed this.To us,it was just not good and I couldn't recommend,but a lot have already watched,i am sure.

Not so much as ye olde Englishe as ye modern American. Like the curate's egg, good in parts. I might watch it again, but I felt it a poor buy. However, costumes were suitably skins, leather, leggings and chemises - perhaps I should watch it with the sound turned off. Some of the settings were spectacular and I suppose, overall, I did get an impression of a mythical history of the north.