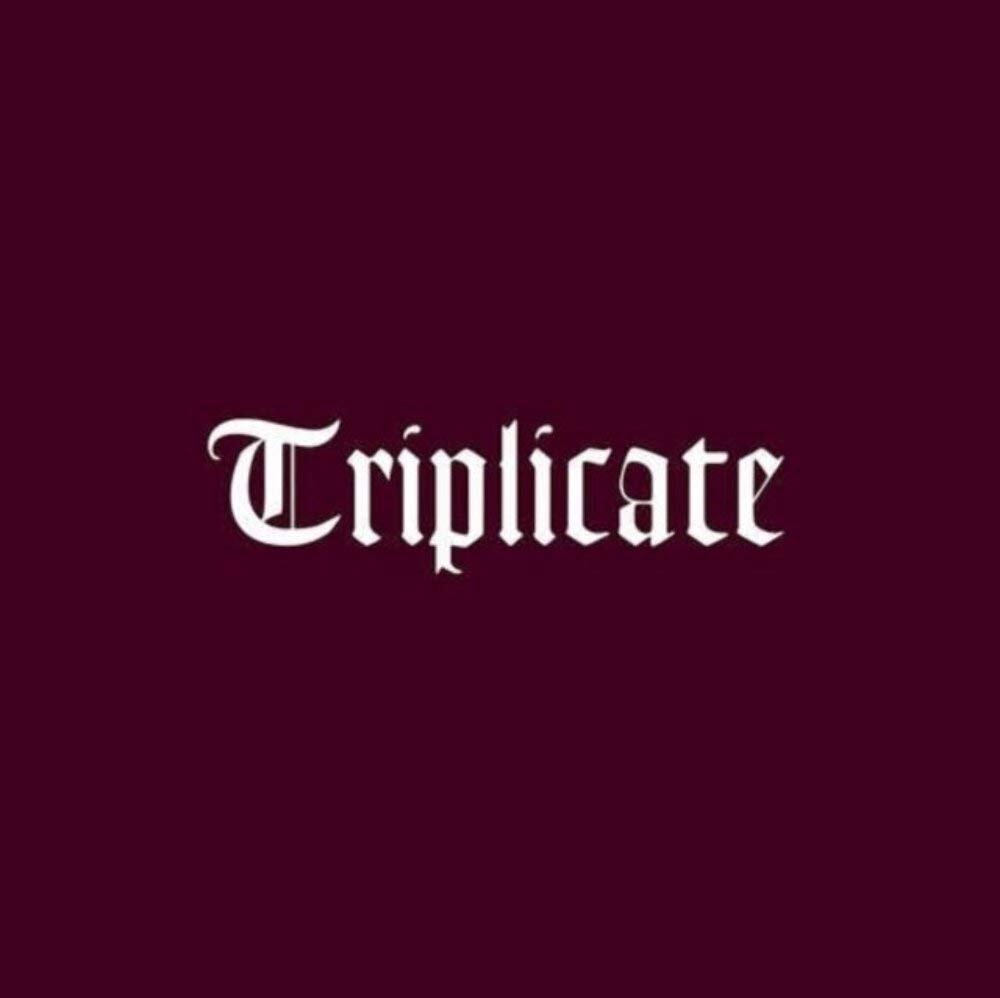 View on Amazon
What can I say. I was all prepared to hate this CD. You now, Dylan a crooner, please. This CD is exceptional. The quality of the recording is great. Dylan's reinterpretation of some of these classics is breathtaking. I especially like "Braggin", "The best is yet to come", "It get lonely early". I know people my age who grew up listening to Dylan would never had expected then that down the road he would make such a CD, but somehow it works and is truly a pleasure to listen to.

When Bob Dylan released “Shadows in the Night” two years ago, a collection of old pop standards seemed like an interesting but strange diversion for the most celebrated and covered songwriter in modern history. When he followed with another collection, “Fallen Angels”, his raspy, weathered voice suddenly began to seem oddly appropriate for these melancholy old tunes.
With the release of “Triplicate”, I am completely sold on this latest incarnation of Bob Dylan. This collection is eminently enjoyable…wistful, playful, even heartbreaking. The secret, I think, is that his less-than-perfect vocal talents are ideally suited to songs that, from more vocally gifted singers like Sinatra or Bennett, couldn’t always avoid sounding a bit hammy. Dylan gives them a less polished edge that does indeed justify their resurrection. And after 5 discs and 52 songs, I hope there will be more!

I purchased this mostly for an elder friend who enjoys covers of "Stardust" (disc 3 #8). That song is known for it's unique tempo and I honestly don't really like the song-- due to it's unique tempo. Bob's cover is smooth and the vocals are mixed well and he enunciates sufficiently. The other songs are fun if you're into the classics, standards. I wouldn't play the CD in its' entirety more than once every 2-3 years but its a nice collection. If you only have one Dylan CD and are looking to expand, I suggest Greatest Hits Volume 2. After that, you can move on to more recent material.

I am a person who grew up with these songs, and as far as vocal versions go, I am a pretty hard critic, and, full disclosure, have had, and still have, aspirations in that area as well. by my standards, and I mean taking what has been done on its own terms, Dylan has neither the vocal command nor the nuance I think he may feel, to sing these songs well. one could say it's the deterioration of his vocal cords due to aging and/or abuse. I, unfortunately, know something about that, but it isn't an issue when he sings Not Dark Yet with the same voice. the band is solid and minimal...giving these urban standards a country treatment works to some extent....but sounds too repetitive. then why do I give it four stars. the packaging and intent are great. it exists as an object of it's own. and I love the fact that Bob did it and did his previous standard songbook ones. it's something intangible which moves me.

I can't stop listening. I grew up hearing these songs on my dad's 78's. I like Dylan's versions more. His voice is better than I've heard him in many years, so expressive and real, not like some Vegas crooner. Thanks, Bob for getting out of your snarky self and giving us this wonderful reinterpretation of the great popular music of yesteryear.

He said the reason he did THIS music....THESE songs is because at this age, 76....he can appreciate and understand the lyrics and feeling behind each song and verse......
Whatever Dylan wants...and gets........is fine with me. I love this man and his musicality. Keep on being you, Bobby Z.

I was a bit sceptical at first..Dylan singing old standards? I couldnt imagine how that voice of his would work in that scenario. However, since I've liked all Dylans stuff since 1962 I bought Triplicate.
I am pleasantly suprised..he sings the songs with such tenderness and that voice,now it has matured, works beautifully.These are the songs my parents listened to when I was a kid so I'm familiar with them sung by Frank Sinatra etc but they weren't the music I liked. When Dylan sings them they take on a new life and I have listened to these 3 CD's 4 times already. Back to back.
For me now it's just another great addition to the ever evolving body of work that Dylan has produced over his lifetime, and that I have been lucky enough to experience since I was 13 years old.

This is my favorite of his recent "covers" albums by far. Take it for what it is. It's well-produced, the musicianship is stellar, and Dylan's interpretation and delivery of these songs is quite interesting. He is more reserved in his vocal delivery, and this makes his voice sound even better after all these years. Is this another "Modern Times"? Hardly, nor is it expected to be. I'm just happy this guy keeps putting out quality music. Definitely worth the money for a triple album with accompanying great packaging.

Bob's third consecutive album of covers of 'American standards' &, as has been noted by others, his voice & interpretation is here better than ever in recent years. 'Fallen angels' & 'Shadows in the night' were also great albums & being a devoted Dylan fan I always forgive the occasional croaky vocal but his voice is just that bit more controlled here, whilst still of course having that gritty edge. 'Triplicate' is great but let's hope there's a new album of original material in the pipeline as it's been a long time since 'Tempest'!

I grew up with Dylan, and throughout his career have bought most of his albums as soon as they were released. Back in the 1960s, I would have been shocked at Dylan recording a triple album of popular crooning numbers: singers like Sinatra were definitely of my parents' generation. Time has mellowed me and I have long recognised that standards are as important part of America's musical legacy as jazz, blues, country and gospel. I love the way Dylan has taken these songs and, using that unique voice of his, made them his own. Love the instrumentation as well. Although more famous for his own compositions, Dylan is a brilliant interpreter of other people's songs, as he demonstrated on his first album back in 1962 as well as on some of the tracks on "Self Portrait" and on his two acoustic collections of traditional numbers in the 1990s. Still after this and its two predecessors I think we're ready for an album of new material.

Only bought this to complete the collection,I have every album he has released so far.
But the last three have been abysmal..in my opinion and have never been played in full and will never be played again.

Bob Dylan only had two albums out when I bought my first Dylan album "Freewheelin" and I have bought every Dylan album since then, so I've grown old as Dylan has and everybody changes with age. A Dylan fan never knows what to expect next, but for anyone who listened to his two previous releases (Shadows in the Night & Fallen Angles) then this would appear to be a natural progression. Dylan has put his own mark on these songs from some of music's great songwriters of the past. I played all six sides from start to finish and Dylan showed again what a master he is at his craft. The production is great, orchestration is brilliant, Dylan and his top line session musicians make this a memorable triple album. maybe like me you have to be getting on in years to really appreciate all of it, but Dylan never ceases to amaze and with TRIPLICATE he still shows that he's still at the top of his trade.

Surely the titles of songs indicate type of album so you know what to expect well produced and voice in good shape. He has earned the right to record what he wants,buying is optional

Again Dylan explores the world of standards but here on this triple set he delves into some lesser known songs. All the numbers could have been included on a double album but Dylan wanted three specific albums and all of the same length.As in Shadows In The Night and Fallen Angels, the musicianship is of a high quality, and Bob's singing is spare and emotive. A worthy addition to his crooning era but some fans ask what next for the troubadour!

enjoying this more than i expected to. as you will have guessed, it's not dylan's best album. but fascinating to hear these standards done by someone with dylan's encylopedic knowledge and love of american music and who, by any conventional crooner's standard, can't sing. arrangements done with more care and invention maybe than the recent songbook albums.

Bob Dylan continues to sing in his gravelly voice classic vintage American songs that you would associate with smokey, darkened night clubs. Great background music to relax to.

Great mix of songs, bringing them back into vogue. Highlights for me, The Best is Yet to Come, Stardust, Braggin, I Guess I'll have to Change my Plans. All the tracks beautifully arranged and played, powerfully and emotionally sang, of course.

Lovely.
Never mind the Dylan fanatics wanting 60's Dylan.
This is lovely. A classic display of a relaxed and confident Bob Dylan.
What you get is pedal steel guitar, a snare with a few kicks, acoustic guitar with a lazy live atmosphere.
Amazing. I reckon this is a classic Dylan era.

Shadows In The Night might just be better. I love this stuff.

The old goat still has some surprises up his sleeve. Confounding critics and fans alike. He treats the material here with reverence and plays it straight. In some parallel universe in his head living up to his claim that he's as good a singer as Caruso. Splendid.

Brilliant cd. Interesting to see where Bob goes next.

Started off hating this album. However, gradually it has grown on me, especially in the wee small hours, after a couple of drinks. It's not Dylan as we know him and love him - more a crooner - but it's what he wants to do right now and he makes a good job of it. Keep on keeping on, Bob.

awful, only for collectors of Bob Dylan

There are some good recordings on the album and his voice is much clearer of late but I do hope he picks up the pen and gets back to writing his own songs again.