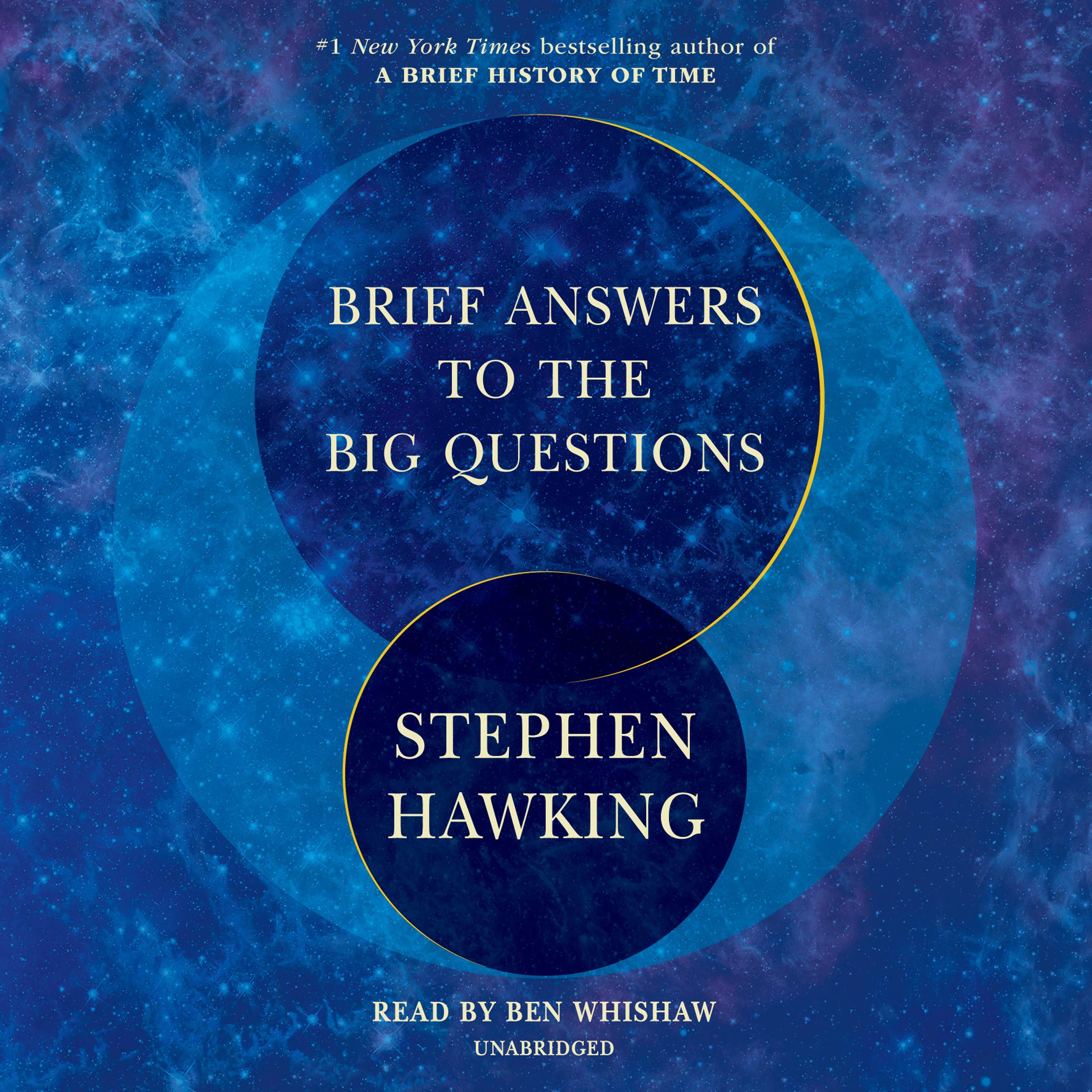 Brief Answers to the Big Questions

The world-famous cosmologist and author of A Brief History of Time leaves us with his final thoughts on the biggest questions facing humankind.

Stephen Hawking was the most renowned scientist since Einstein, known both for his groundbreaking work in physics and cosmology and for his mischievous sense of humor. He educated millions of readers about the origins of the universe and the nature of black holes, and inspired millions more by defying a terrifying early prognosis of ALS, which originally gave him only two years to live. In later life he could communicate only by using a few facial muscles, but he continued to advance his field and serve as a revered voice on social and humanitarian issues.

Hawking not only unraveled some of the universe's greatest mysteries but also believed science plays a critical role in fixing problems here on Earth. Now, as we face immense challenges on our planet - including climate change, the threat of nuclear war, and the development of artificial intelligence - he turns his attention to the most urgent issues facing us. Will humanity survive? Should we colonize space? Does God exist?

These are just a few of the questions Hawking addresses in this wide-ranging, passionately argued final book from one of the greatest minds in history. Featuring a foreword by Eddie Redmayne, who won an Oscar playing Stephen Hawking, an introduction by Nobel Laureate Kip Thorne, and an afterword from Hawking's daughter, Lucy, Brief Answers to the Big Questions is a brilliant last message to the world.

Praise for Brief Answers to the Big Questions:

"[Hawking is] a symbol of the soaring power of the human mind." (The Washington Post)

"Hawking's final message to readers...is a hopeful one." (CNN)

"Brisk, lucid peeks into the future of science and of humanity." (The Wall Street Journal)

"Hawking pulls no punches on subjects like machines taking over, the biggest threat to Earth, and the possibilities of intelligent life in space." (Quartz)

"Effortlessly instructive, absorbing, up to the minute and - where it matters - witty." (The Guardian)

"This beautiful little book is a fitting last twinkle from a new star in the firmament above." (The Telegraph)