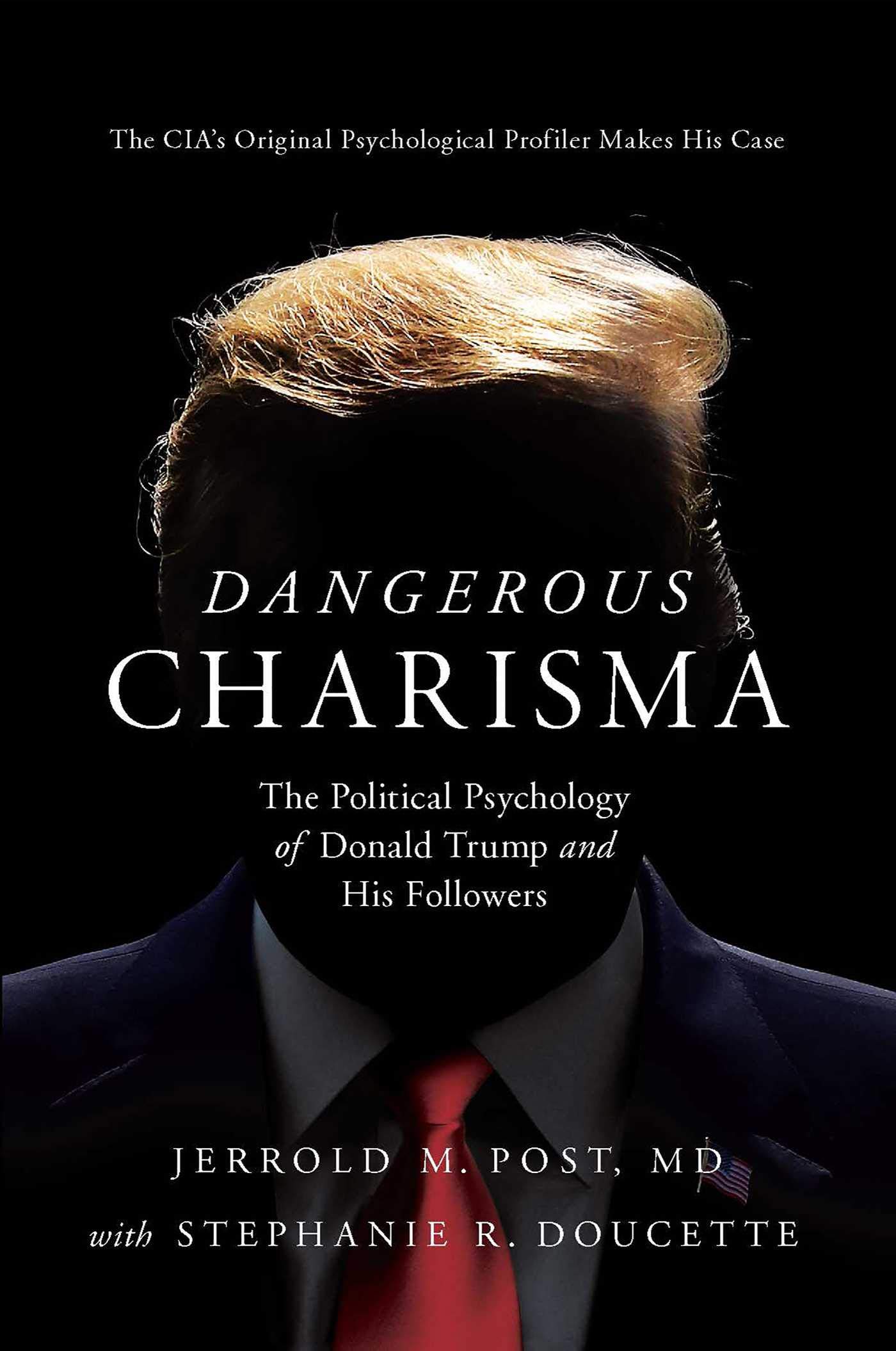 Dangerous Charisma: The Political Psychology of Donald Trump and His Followers

Offering an in-depth psychological and political portrait of what makes Donald Trump tick, Dangerous Charisma combines psychoanalysis with an investigation into the personality of the current American president. This narrative not only examines the life and psychology of Donald Trump, but will also provide an analysis of the charismatic psychological tie between Trump and his supporters.While there are many books on Donald Trump, there has been no rigorous psychological portrait by a psychiatrist who specializes in political personality profiling. As the founding director of the CIA’s Center for the Analysis of Personality and Political Behavior, Dr. Post has created profiles of world leaders for the use of American presidents during historic events. As once stated by Jane Mayer of the New Yorker, who characterized Dr. Post as “a pioneer in the field of political personality profiling,” “he may be the only psychiatrist who has specialized in the self-esteem problems of both Osama bin Laden and Saddam Hussein.” In this new book, the psychiatrist who once served under five American presidents applies his expertise to profiling the current resident in the White House, with surprising and revelatory results.
View on Amazon
The author of Dangerous Charisma is an expert of political personality profiling. He ran a pilot CIA program to profile world leaders including Menachem Begin and Anwar Sadat at the height of President Carter’s search for peace in the Middle East.

However, since Dangerous Charisma is about the most controversial President ever, Donald Trump, I can tell how you will rate it based on your party affiliation. Democrats will love it. Republicans will hate it. So if you are Republican move on and read Piety and Power about Mike Pence or Witch Hunt about Trump himself. There are books on each side of the aisle and actually the Pence book is very good.

Now, back to the Democrats. I don’t think calling Trump narcissistic or “mirror hungry” is particularly new. You hear it multiple times per day on MSNBC. That being said, it is new to wrap these issues in the official psychological jargon from the DSM, the manual to diagnose behavioral disease. Plus there are some great talking points for cocktail parties like that Citizen Kane is Donald’s favorite movie, which is about an unhappy wealthy narcissist much like Trump himself.

I enjoyed the look at the psychological underpinnings of Trump’s diehard supporters. It states that in times of stress, like being unemployed and seeing all their nearby factories close, leaves people looking for a voice in the wilderness stating follow me to the promised land where America is great again. Obviously, if you are a Trump supporter, you are not going to like hearing yourself characterized in this manner. You could be comfortably reading the Art of the Deal again and now you are so upset that you are planning on trolling me on social media. I’m just repeating what the author is saying. Please troll someone closer to the source material.

Speaking of the book, despite being a lifelong Democrat that held her nose while voting for Hillary in 2016, I don’t think Dangerous Charisma Is very good. It won’t change anyone’s mind and instead will just drive our fractured political system further apart. It also reads like an undergrad textbook. However, the cogent summary of the Trump presidency’s effects on the public’s mental health, strategies of the Democratic Party, and the United States’ ongoing foreign policy pulls my rating up to 3 stars.

Thanks to Pegasus Books and NetGalley for a copy in exchange for my honest review.

This is a brilliant and powerful book analyzing the political personality and psychological profile of Donald Trump. I was a little afraid that it might have so much psychological theory and jargon that it would lose the ability to tell a compelling story. The preface was a little bit thick with that sort of thing, but after that the book became a real page turner. I learned a lot from this book. It is well worth reading.

This is a very thought provoking and fascinating look into how narcissism in its many forms, drives thought and belief systems. It also explains how malleable morals and ethics can be for some, when the guardrails come off and permission submerge oneself in self interest prevails.

The title of Jerrold Post, MD and Stephanie Doucette’s book, “Dangerous Charisma:The Political Psychology of Donald Trump and His Followers,” intrigued me. Given Dr. Post’s background as a 21 year veteran of the CIA with a specialty in political personal profiling I was expecting for a deep and revealing exploration. Broken into three multiple chaptered sections: I) The Charismatic Leader, II) The Political Psychology of Trump’s Followers, and III) Trump’s Impact; the book is organized well and written in a highly readable fashion. The first section is quite good in establishing: the topic of ‘personal political psychology;’ what charismatic leaders and how they arise developmentally; and how Donald Trump’s family, upbringing and adult life fit within this rubric. Dr. Post raises the classic psychology/psychiatric diagnosis issue of the ‘Goldwater Rule’ - the American Psychiatric Associations prohibition on making diagnosis at a distance of public figures, and makes it clear that despite this rule he feels compelled to use his expertise to comment on our 45th President. My expectations were still quite high. But then the second section fell completely flat. It was chuck full of disturbing facts about the President (and his followers), but with the exception of utilizing the Presidents own books and written word (which few others have done effectively), there is little new information here that hasn’t been covered multiple times in other works. Insights into the President’s psychological profile is not particularly insightful not deep, leaving me wanting much more. Surprisingly the authors don’t even refer to other mental health professionals who have more significantly broken with the Goldwater rule to provide insights about the President (e.g., Dr. Brandy Lee’s “
The Dangerous Case of Donald Trump: 37 Psychiatrists and Mental Health Experts Assess a President” and Justin Frank’s “Trump on the Couch: Inside the Mind of the President”). This is a huge oversight that could have strengthened the authors discussion. Unfortunately both of the books cited here are more insightful than Post and Doucette’s book. The last section of the book is decent, maybe stronger then the section section but not as strong as the first. Moreover, the books conclusions are flat feeling to this reviewer. Overall a decent book, easy engaging read, but not a lot of new stuff, despite the promise of more. 3 of 5 stars.

A millennial appreciative of an intellectual expression of the personalities dominating our government today. Thank you, Dr. Post!

For decades Jerrold Post has been the leading contributor not only to to leadership profiling but to the thorny question of the ethics of comment by psychiatrists on public figures. Dangerous Charisma shows Post's many strengths. The book is by far the most thoughtful and in-depth treatment of Trump’s psychology I have ever seen, and probably that has ever been produced. It also provides something sorely lacking in other studies--sustained attention to his followers, at a level of depth and specificity that is unique in the literature. Not everyone will agree with his conclusions about Trump, but readers of all political persuasions can respect Post's rigorous methodology and the deep ethical concern that led him to write this book. --John Martin-Joy M.D., Harvard Medical School

I just couldn’t understand how people are so mesmerized with Trump and think he’s so great. This explains it very well but hasn’t changed my opinion of him one bit.