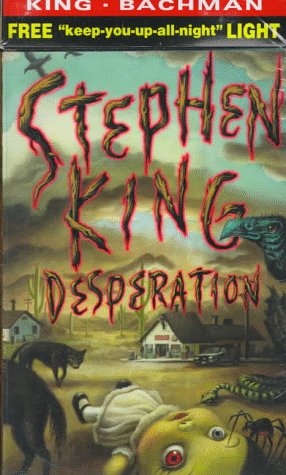 By: Stephen King and Richard Bachman

The Regulators is a novel by Stephen King under the pseudonym Richard Bachman. It was published in 1996 at the same time as its "mirror" novel, Desperation. The two novels represent parallel universes relative to one another, and most of the characters present in one novel's world also exist in the other novel's reality, albeit in different circumstances. Additionally, the hardcover editions of each novel, if set side by side, make a complete painting, and on the back of each cover is also a peek at the opposite's cover.
View on Amazon