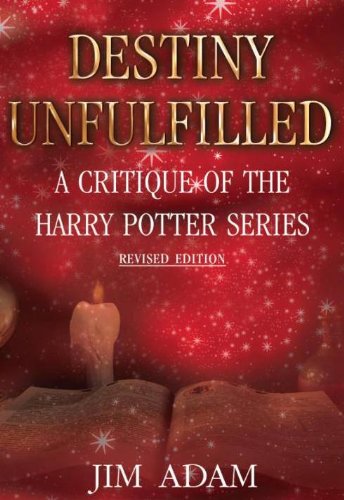 Destiny Unfulfilled: A Critique of the Harry Potter Series

Not suitable for die-hard Potter fans, Destiny Unfulfilled is fundamentally critical of the Potter series, examining such issues as the role of a protagonist, the writer’s contract with her readers, characterization, and shaggy dog resolutions.

In Stein on Writing, Sol Stein tells us of “the value of dissecting a piece of writing repeatedly until it surrender[s] its secrets.” Destiny Unfulfilled is an example of that very sort of intense analysis. Covering all seven books of the Potter series, Destiny Unfulfilled dives deep under the covers, ferreting out secrets that at times are dark and disquieting, but which will prove enlightening to students of both creative writing and literary criticism.
View on Amazon