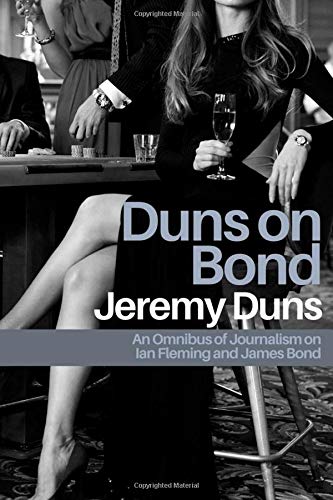 Duns On Bond: An Omnibus of Journalism on Ian Fleming and James Bond

Duns On Bond is an omnibus edition of two short ebooks by Jeremy Duns: Rogue Royale and Diamonds In The Rough. Both are also individually available in paperback and Kindle editions.Rogue RoyaleIn the mid-Sixties, the James Bond films became a global phenomenon as the world thrilled to their spectacular action sequences and cool gadgets. But the films nearly went in a very different direction, with a much darker treatment of Ian Fleming’s first novel by Hollywood’s most acclaimed screenwriter. In this Kindle Single, journalist and spy novelist Jeremy Duns unearths Ben Hecht’s drafts of Casino Royale. Rogue Royale is around 11,000 words long, and builds on his ground-breaking 3,400-word article published in The Sunday Telegraph in 2011.Diamonds In The RoughSo much has been written about James Bond that it seems scarcely imaginable there is any more territory to mine. But in Diamonds In The Rough, Jeremy Duns shares the fruits of several years of research into unexplored aspects of Ian Fleming and his universe, from lost novels and screenplays to hidden inspirations. This short ebook collects articles previously published in The Sunday Times, The Sunday Telegraph and elsewhere. It features six articles:Gold Dust: The secret history of the lost Bond novel Per Fine Ounce Uncut Gem: Uncovering the attempts to film The Diamond Smugglers Commando Bond: James Bond's relationship to special forces history Black Tie Spy: The MI6 operation that inspired the pretitles scene in Goldfinger Smersh vs Smersh: Comparing Fleming's sinister organisation to the real thing Bourne Yesterday: The roots of an unusual premise, from You Only Live Twice to wartime thrillers and beyond
View on Amazon
A slim volume but chock full of interesting tidbits on the "unseen Bond films" and the various influences on Ian Fleming, his novels and the films. Very well done.

So glad that Jeremy Duns has been published. A fine read, full of interesting information on an early attempts making a movie version of CASINO ROYALE and publishing a Bond novel after Ian Fleming's death. Any serious follower of 007 James Bond should add this volume to his book shelf. A nice piece of journalism.

A good inside look on the uncharted origins of a number of Fleming's works.

Sorta like an enjoyable textbook on background of James Bond and Ian Fleming. Well researched and written.

Superbly researched and written. Essential reading for anyone who enjoys a thriller, and especially Bond.