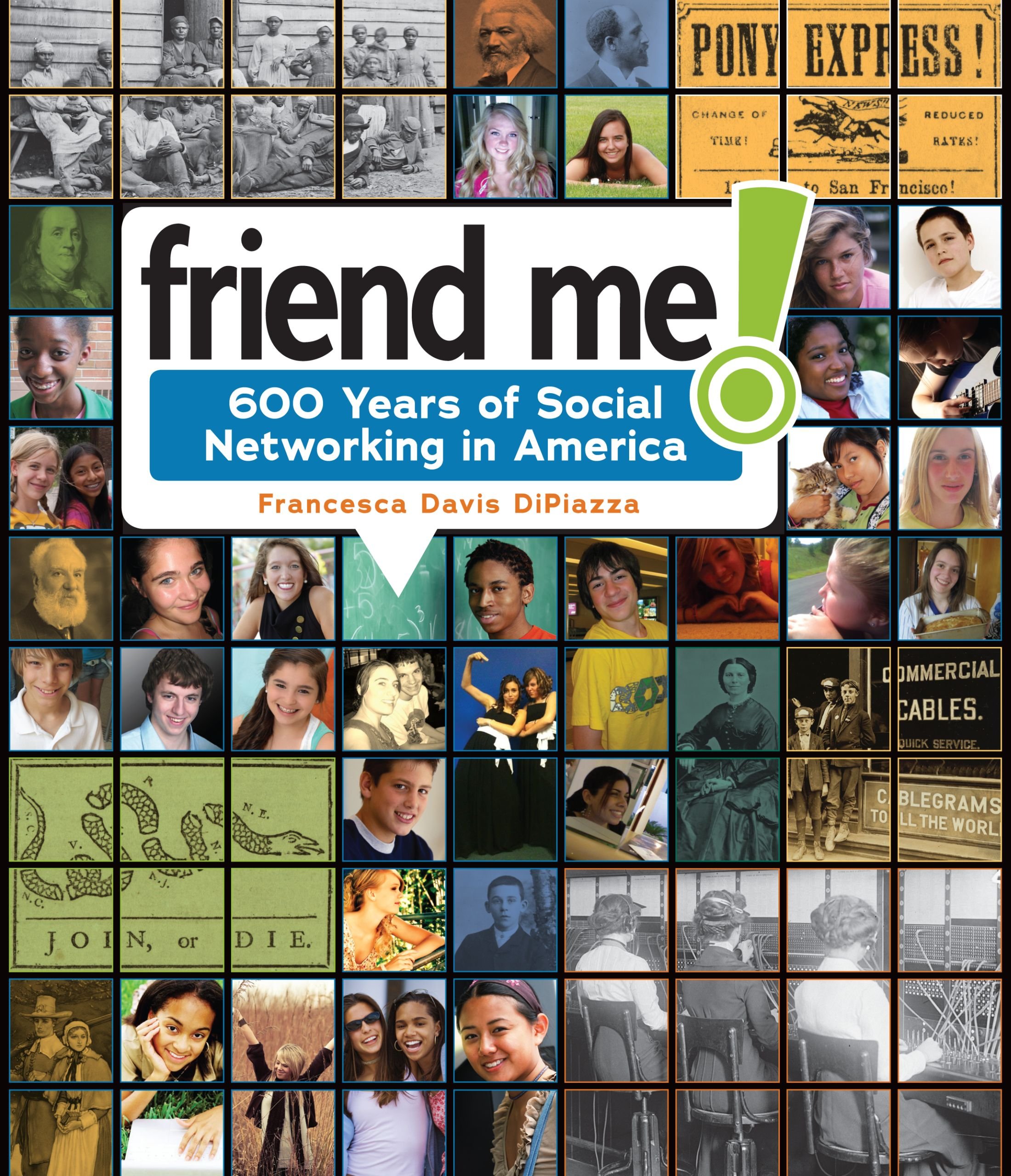 Friend Me!: 600 Years of Social Networking in America

Anyone who texts recognizes "LOL," "2G2BT," and "PRW" as shorthand for "laughing out loud," "too good to be true," and "parents are watching." But did you know that in the 1800s—when your great-great-great-grandparents were alive—telegraph operators used similar abbreviations in telegrams? For example, "GM," "SFD," and "GA" meant "good morning," "stop for dinner," and "go ahead." At the time, telegrams were a new and superfast way for people to network with others.

Social networking isn't a new idea. People have been connecting in different versions of circles and lists and groups for centuries. The broad range of social media includes wampum belts, printed broadsides (early newspapers), ring shouts (secret slave gatherings with singing and dancing), calling cards, telegrams, and telephones. The invention of the Internet—and e-mail, text messaging, and social utilities such as Facebook and Google+—is just the latest way in which humans network for fun, work, romance, spiritual bonding, and many other reasons.

Friend Me! takes readers through the amazing history of social networking in the United States, from early Native American councils to California's Allen Telescope Array (ATA), where researchers are hoping to interact with extraterrestrial beings. Learn how Americans have been connecting in imaginative ways throughout history, and you'll see social networking in a whole new light.

View on Amazon
This book does a great job of tying the idea of community to social networking, showing how society has always sought ways to make connections. It effectively show that social networking on the Internet is just a new format for an old idea. The book discusses civilization's attempts to connect with one another over backyard fences and relates it across generations to other means of communication such as mail, telephone, television and computer.

I found the attempt to explain certain terms a little awkward. The use of parentheses to include a definition immediately after a word broke the flow of the text for me. I also thought the book fell a little flat at the end. It briefly discussed the possibility of humanity connecting with life beyond earth. I would have liked to see a more enlightening discussion of this. But those are minor points compared with the overall value of this publication. As a high school librarian, I believe that this will be a good resource to introduce my students to the idea that the Internet is tied to old values, technologies, and dreams of connecting with others.

I didn't like the formatting. It makes it very difficult to read because I can't easily fit the book on my computer screen.