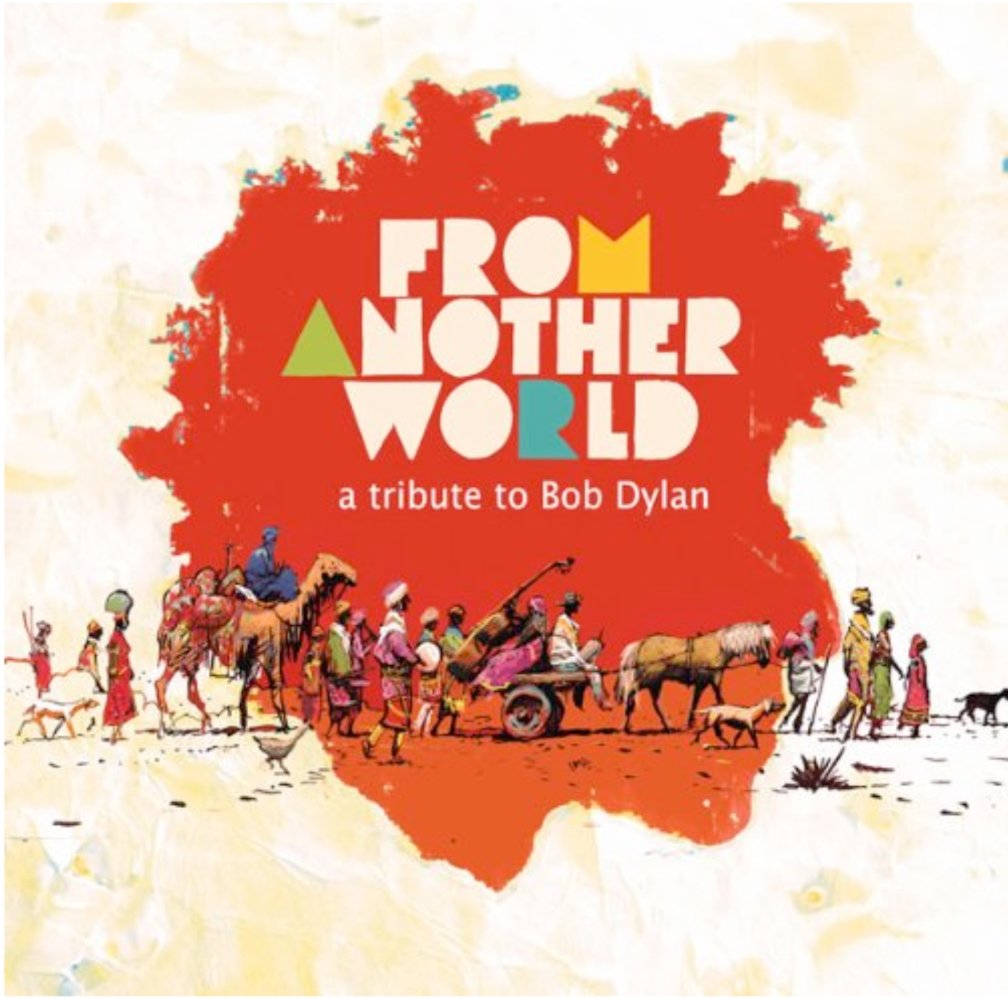 From Another World: A Tribute To Bob Dylan / Var

View on Amazon
If you're looking for "ethnic" versions of Bob Dylan songs, where the melodies are easily recognized, you might want to pass. As a long time Dylan fan I can say that, had I heard them on the radio, I would never have recognized some of these performances as being covers of songs I've listened to for decades. And others I would have recognized.

But this recording is a blast, featuring artists I'm unfamiliar with performing in styles I might never have heard otherwise. My musical horizons, already quite wide, have been expanded a little more. I've been educated and entertained by this CD. What more could I want?

First go- round with this album can be
quite confusing. Keep listening--it's
beautifully transformative.

It takes a little getting used to but it does grow on you. After a few listens, it is a very good album.

I enjoyed the music very much. Naturally, different than Bob Dylan's music which I love, but this was great and touching that these musicians would make such a great effort.

I just selected a 5 star because you have to in order to rate.Both this and the Charlie Daniels album don't have track listings. Yet they rave about song selection.

It's not as bad as it sounds; better than the one Judy Collins put out -- ditto Any Day Now by Baez

Bought this because I heard the brilliant version of I Want You by Burma Orchestra Saing Waing but apart from that track (5 stars) and Pura Das Baul's Mr Tamourine Man (4 stars) and Musicians of The Nile's version of Tangled Up In Blue (4 stars) I found nothing of interest in the remaining ten tracks. Most of the songs were unidentifiable, didn't even recognize the tunes in some cases. Looking at it as straight forward world music CD, it has it's moments and I'm loathe to criticise the bands included here who were given a difficult task. I know Buda Records and they have some terrific stuff in their catalogue and they're dedicated people but for once they just had a good idea that failed for me. Check it out before you buy.

I found this a very good and interesting Album . It shows a lot of Dylan compositions
in a different light . Not being sung in English and in some cases not the same
backing tune . It certainly opened by eyes to different interpretations of some of the
songs as we know them . I recommend this Album and the take on his songs .

If you like Bob Dylan's style, and the world music genre, then you'll probably like most of the tracks on this CD. Some tracks work better than others and a few take some getting used to. There are a few genuinely loverly pieces. So, it's worth a go.

I wonder what Bob makes of it?

wacky way to gain insight into the dylan-monde

Par excellence, a testimony to how the lyrics of Bob Dylan travel so effortlessly into foreign lands, his lyrics will live on and on..so much older then, younger than that now'.

Some versions a bit too deferntial, perhaps - but nice

This is a most interesting release - especially since few of the tracks are recognisable from their original version! All Dylan freaks, check it out!

The key word here is "Tribute" as the majority of these versions bear little resemblance to the songs that they claim to be based upon.
It is well nigh impossible for a North American or Western European ear to judge the quality of these performances.
A few tracks are easily recognisable but they are at best quirky versions of the originals.
I greatly prefer the sound track from "Masked and Anonymous " to which I have seen this compared. to sum up it isn't bad but just very different and regrettably will not be getting many plays on my CD player

A very strange collection, I like it. You can sing these tunes all over the world. The most beautiful thing is that there isn't something close to the original but they bring the text into own musical culture