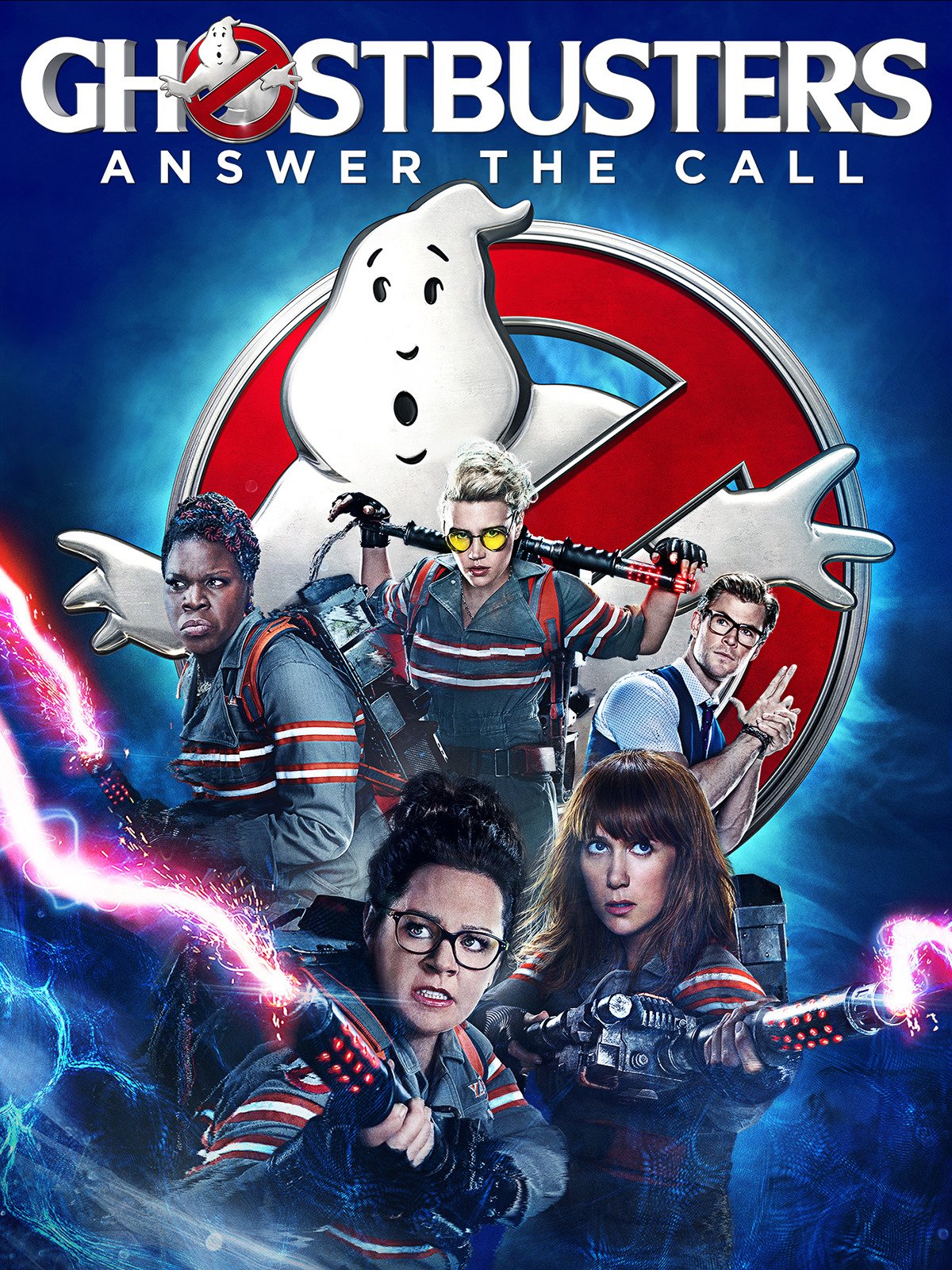 View on Amazon
The cast for this film was amazing: Melissa McCarthy, Kristen Wiig, and Kate McKinnon are incredibly talented comedic actors. Unfortunately this movie didn't take nearly enough advantage of their talent, relying way too heavily on special effects and over the top computer generated scenes. There are about fifteen minutes altogether of fun moments during which I laughed, but the majority of the movie was just something to get through while waiting for another good moment. The ending fight scene was tiresome.
The cameos by the original Ghost Busters cast were fun. Even Harold Ramis was recognized with a large bronze bust.
I'm not saying don't watch it. But I am saying don't get your hopes up.

Poorly done. It was a very poor attempt to redo the old classics.

Aw, I really wanted to like this movie. Followed the drama for a long time, were they going to make another Ghostbusters? It had to be funny or it wasn't going to work... so they didn't do it. After Harold Ramis died it was pretty much over, except now they could just push a crap movie through. I would be embarrassed to have been involved in this movie.

This movie failed on many fronts. It is not funny. All the lead roles are poorly acted. The script is poorly written. Watching Melissa McCarthy massacre this movie was pretty painful. This is what happens when you get a weak director (Feig) who lets his actors run the show, you get Melissa McCarthy running her mouth over everyone's lines, doesn't even allow time for a punchline to land before vomiting more dialogue all over the screen. One gets the impression that the director just said just "keep babbling pedantically, It doesn't matter what you say." There isn't one solid delivery in the whole film. I can't even recommend this as mindless fun, because it is far more annoying than enjoyable.

This movie basically has no plot, there is no real sci-fi/supernatural aspect just pointless ghost encounters. What plot points there are do not connect logically. There was opportunity for intelligent humor (like the original) but they went straight for the lowest common denominator. Movie goes right for the fart jokes skimps on actual comedy.

I thought the movie was well done even paying homage to some of the original cast. My husband hated it- he said they ruined a classic, but I like the fact that women can be the heroes now. The actress are funny in themselves, and did not disappoint in this movie.

Leslie Jones is the stand-out in this production. She rules every moment of her screen time. But the other actresses are also fine and fab in their roles. The writing is not great for this movie - which is a pity - but production values are high. I do wish this great cast could have been given a better script to work with - but they really made the most of pedestrian fare. I’d love to see them all again in another Ghostbusters coz they really were good.

So I decided to give this movie a chance after months of being uninterested due to the seemingly low brow humor in the trailer. I decided to do a double feature with the original to get a sense of what I thought. The first half of this film was fine, not really funny but seemed like a typical sony film in its bland nonsense. The second half became downright offensive to my tastes, with characters constantly doing things that are out of character or saying things that don't make sense "come get your virginity out of the lost and found" and dumb 'jokes' that ruined the tones of previous scenes.

The females were great together in this film.
I enjoyed watching this movie a couple times! Great cast and I love that the original Ghost busters made appearances in it

I have no issues with a new cast. I think the role reversal idea was great, I liked the characters, but why remake Ghostbusters? This would have been better as a sequel as I heard it was originally pitched. The old Ghostbusters retired and past the business onto a new crew they trained. Sure would have kept continuity with the films intact. Being a hardcore fan of the original makes me a little cynical, but it was not 100% terrible. The thing I hear about most sequels is it was done to appeal to a modern, younger audience; however, the original 80's film STILL appeals to a younger audience so that theory is out. It's a shame Aykroyd and the the rest of the original cast could not have made 3-4 films together, but I don't see this new one kicking off the franchise anew and that is ashamed because it did have potential and really great cast of ladies.

It’s well worth revisiting this film which was unfairly greeted on original release after being caught up in an online campaign of abuse which overshadowed any of the actual merits of the film. It is an affectionate tribute and reimagining of the original Ghostbuster’s movie, with some nice cameos and nods to the original, made with a talented comedic cast using the director Feig’s normal improvisational style.

The Blu Ray picture is sharp and the 3D is an effective retrofit with standout effects coming outside the widescreen bands of the frame to create an even more “in your face” illusion. Extras are bountiful across the discs with two commentary tracks, behind the scenes footage and lots of additional improvised material.

Drab, weak knockoff of the original. Not even Melissa McCarthy can save it. Hemsworth one joke is repeated ad nauseam till no longer funny. Finale is woeful (just how long is the rope? And the slow-closing hole... Puhlease!)