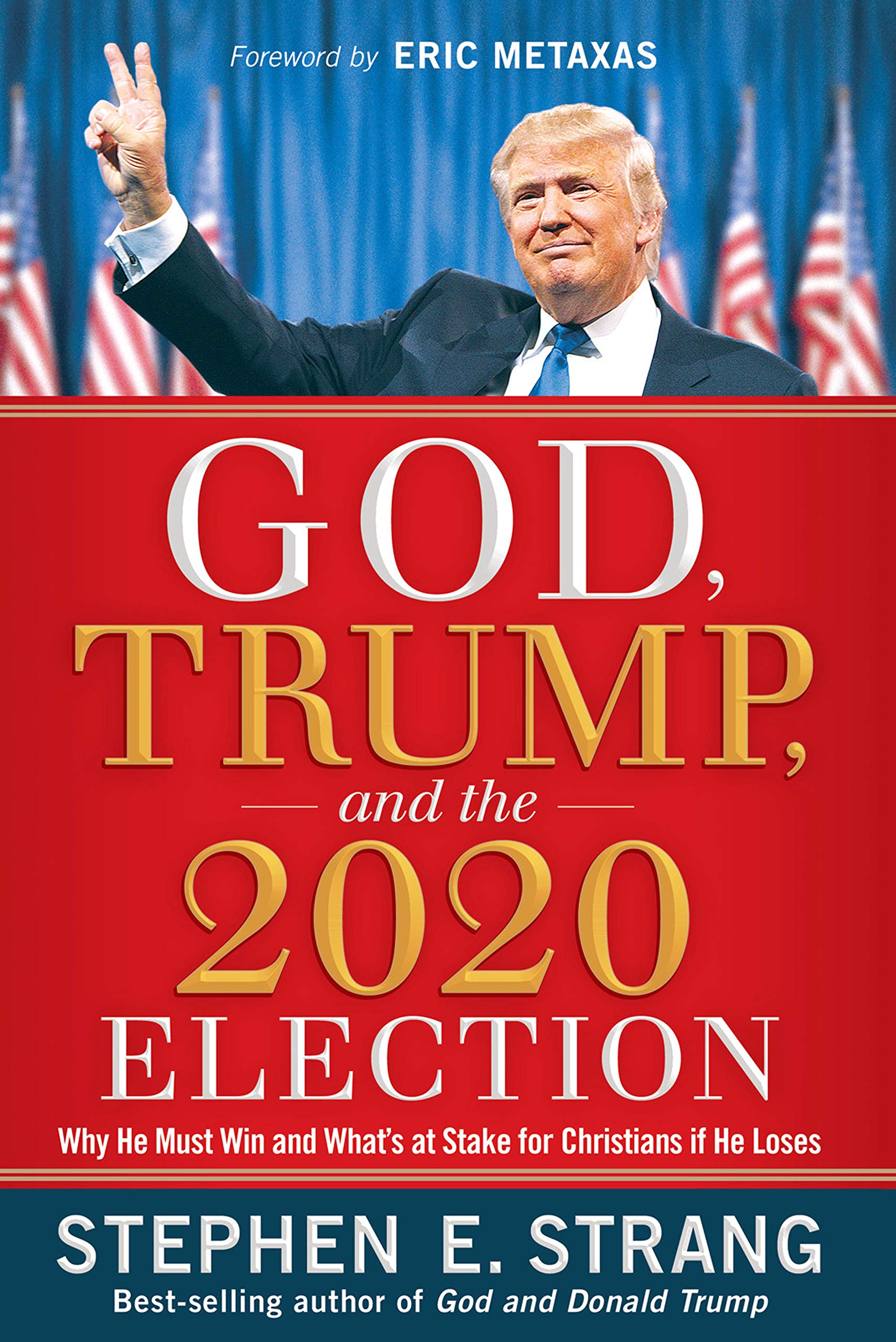 God, Trump, and the 2020 Election: Why He Must Win and What's at Stake for Christians if He Loses

From the best-selling author of God and Donald Trump, which was brandished by the president at the World Economic Forum in Davos

What’s at stake in this election?

In 2016 God raised up Donald Trump to lead America at a pivotal time. Evangelicals who recognized this backed him more than any other presidential candidate in history. Heading into 2020, the stakes in his reelection are even higher. This election, nine months after this book releases, is a new fight for the soul of America. Stephen E. Strang makes the case that God wants America to be great because God has raised up America—beginning with our Founding Fathers—to be a beacon of light and hope for the world. We’ve been the nation with religious liberty that has supported those who have spread the gospel around the world.

In this book Strang looks at the election, Trump, and America from a spiritual perspective and helps Christians (and others) see God’s hand at work. This book is as much about God and His purposes as about Donald Trump. But it is also an articulate, impassioned apologetic about why all Christians must support this imperfect president, because he has God’s blessing and because the destiny of America is riding on his reelection. This book also explores why he might lose, if his base is overconfident and doesn’t vote or if his opponents are dishonest enough to steal the election.

God, Trump, and the 2020 Election is an inside look at how the political climate is affected by  spiritual warfare—an important subject for Bible-believing Christians. The satanic schemes are so brazen on key issues that the book was written to explain what’s at stake. Strang believes that the intersection of faith and politics needs to be part of the national discussion about the division in our country.

Trump Aftershock (2018)
ISBN-13: 978-1629995557
View on Amazon
The author divided this book into three parts: Part 1 is 'What's at Stake in 2020''; Part II is 'Understanding Donald Trump' and Part III is ;Understanding the Spiritual Dimension'. The third part is the one that had the most difficult parts for me. The reason I say that is that a couple of the chapters discuss things that I do not believe wholeheartedly. Examples are: Prophecies and signs in the Heavens and is Donald Trump foreshadowed in the Bible?

On the other hand, however, the author has presented a clear picture of the Trump Derangement Syndrome and the Equality Act that failed to pass. He also states the reasons that President Trump must win....and, then in the next chapter he does say that he could lose. I found this a balanced representation of both sides of this equation.

The author suggested reading this with an open mind which I did. The portion on Christianity and Secularism affords the readers to think seriously about where they stand in this realm. And, many pastors are having difficulty speaking what they believe because of their congregation(s). (This area had to do with abortion).

Lots of points to ponder in this book. May not be your cup of tea but the author has presented a concise and thoughtful inside look at the political climate and spiritual warfare. Interesting read for me.

I am almost 80 years old and lived though the tumultuous times since WWII. I am a Born Again Pentecostal Evangelical Believer in Jesus. Stephens coverage of the Spiritual Warfare surrounding this President and our Nation is remarkably insightful. Our family was together (over 30 siblings, grand children, nieces and nephews , etc.) on the 4th of July 2015 weekend just about two weeks after the President announced he was running. Most of the folks were commenting and laughing about what a joke he was. I looked at them and said He will be the next President and they laughed me to scorn. They are not laughing now and all of them are very supportive of him. This book is a must read for all Americans as it provides insights that will never be provided by the mainstream media and it may just convince some moderate Democrats to realize that he is doing more for our country than any President in our lifetime and deserves their vote come November.

This book is a page turner right from the beginning. The stakes in this election are higher than ever before, and the future of our country hangs in the balance. Steven Strang makes it so clear how and why God is behind Trump's election, and why he must be reelected - the political, spiritual, prophetic, economic, and cultural reasons for us to be on high alert! Everyone who loves God, and our country, must vote!

Interested in knowing more about the "hoopla" going on in this country, I bought this book to gather information from a conservative's view point. Enlightening and powerful, this book has provided facts about what's behind the real issues here at home. I have grown to respect Donald Trump, imperfect, but a President who truly cares about the future of America and Americans. I appreciate the author for his time-consuming research to open the eyes of those of us who choose to do nothing and just let the wind blow where it may. I loved the parable from the Bible about the three stewards - two who took action, and one who, fearful of the outcome, did nothing. It's time to stand up for what's right!

This book puts into perspective what the media doesn’t want the public to see: the fact that Donald Trump has done more for Christians, Jews and religion than any president in my memory. Like him or not, that fact is undeniable. Polarizing for sure.

Excellent book that all people should read before the 2020 Presidential election.