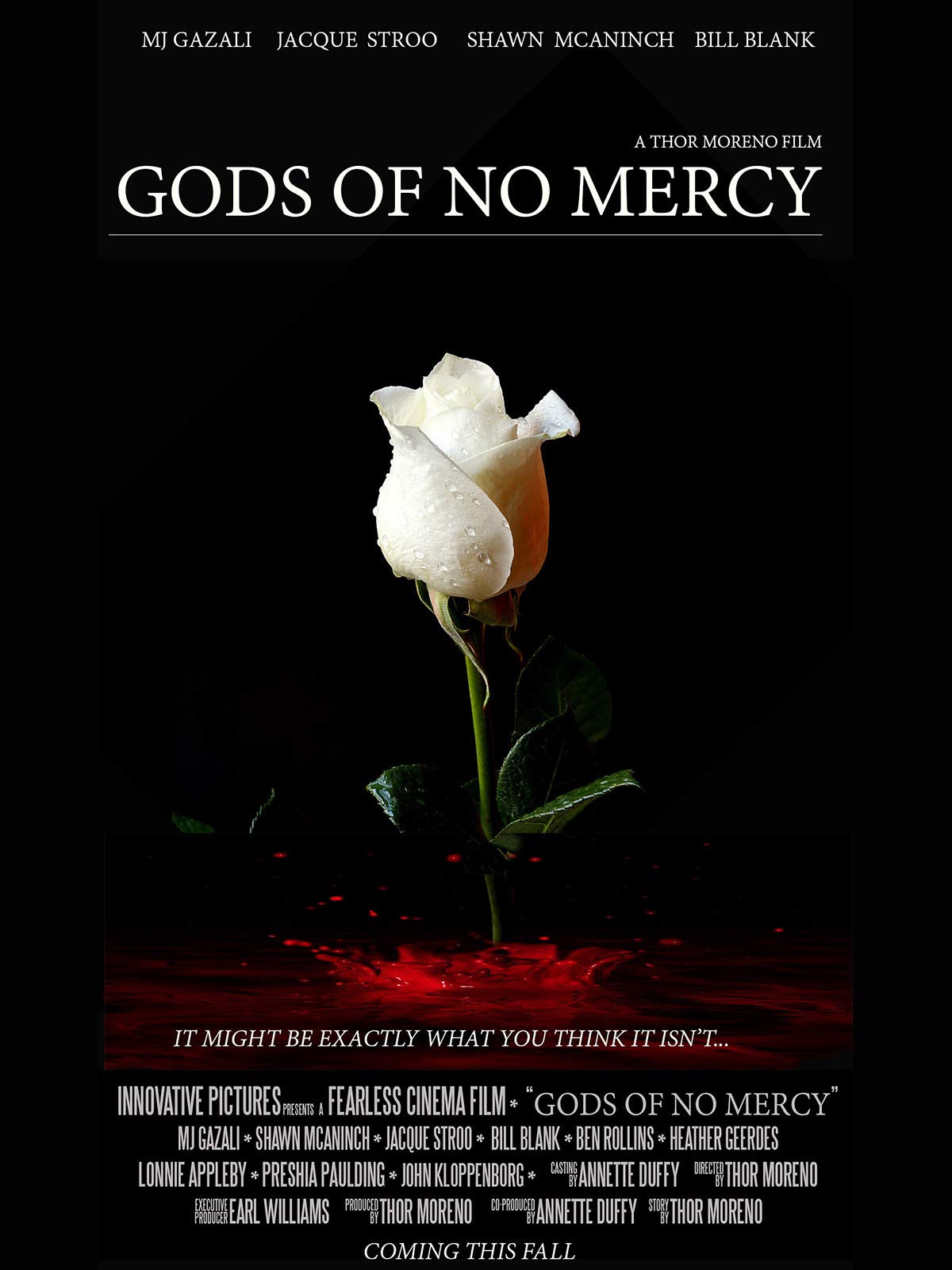 Gods of No Mercy

View on Amazon
The first act leaves a lot of questions, but the pacing and action keep the viewer engaged. The second act brings in some great twists that often pay homage to beloved action movies, while never taking the viewer out of the story they are in. For me, the pig farmer was truly disturbing, but throughout the characters, some of whom are monstrous, have a humanity that is undeniable.

In the end the payoff is satisfying.

Filmed in and around Des Moines, Iowa and using Iowa talent, Thor Moreno’s Gods of No Mercy is a gritty tale of betrayal and vengeance.

It unfolds through the eyes of Sonny, played by M.J. Gazali. Sonny is a brooding cafe owner, drawn into a local crime enterprise when he rescues the daughter of its leader, Buster. Gradually, he finds himself hardened into a cold-blooded assassin, whose only affinity is for Buster’s estranged wife.

Gazali has a captivating screen presence, as he subtly and credibly cycles through emotions ranging from empathy to terror to rage.

Thor Moreno takes the role of Buster, and displays his dry wit through quirky characters played by Billy Blank and Ben Rollins.

Makes me think of a darker Chekhov, a jarring perspective of the underworld's most depraved humans who purport to "live life" by killing others. It's ironic we ultimately feel sorry for Sonny. MJ Gazali's performance was the primary reason. It was truly exceptional in every way.

Wow.
What an amazing job by MJ Gazali as the lead character, Sonny. The story was well done for a film shot entirely in Iowa by an Iowan cast and crew. Kudos to Thor Moreno on a job well done.
Sonny, as the innocent who finds himself thrust into the role of a violent hit man, is engaging and makes the viewer actually want him to succeed and get away from that life with his love, Cheyenne. The cold, hard truth hits hard, but you can continue to hope they enjoy their next life!

Thoroughly enjoyed the movie. MJ did a great job. The brother and sister killers really added the creep factor.

Very twisted, gory scenes, and surprising plot of a movie. MJ, and Moreno are a lethal combination. Hats off to them