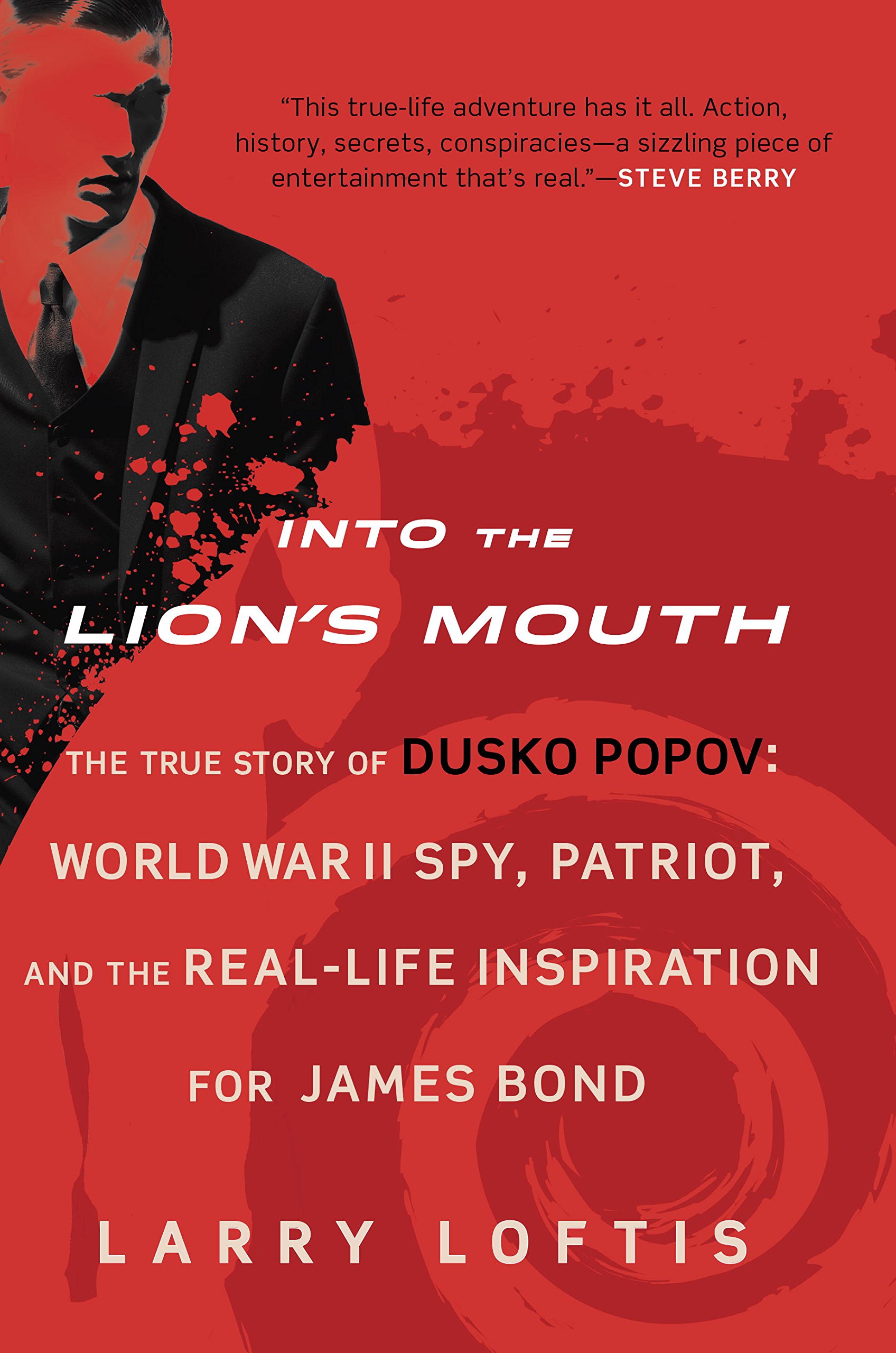 Into the Lion's Mouth: The True Story of Dusko Popov: World War II Spy, Patriot, and the Real-Life Inspiration for James Bond

"A sensational book, telling a remarkable true story that few know, even those in the intelligence business. Written in the style of the best spy thrillers, the book is impossible to put down. A must read."
—Michael Morell, CIA Director (acting, 2011, 2012-13)

"Will keep you planted in your reading chair from start to finish."
—Michael Connelly, #1 New York Times bestselling author

James Bond has nothing on Dusko Popov. a double agent for the Abwehr, MI5 and MI6, and the FBI during World War II, Popov seduced numerous women, spoke five languages, and was a crack shot, all while maintaining his cover as a Yugoslavian diplomat...

On a cool August evening in 1941, a Serbian playboy created a stir at Casino Estoril in Portugal by throwing down an outrageously large baccarat bet to humiliate his opponent. The Serbian was a British double agent, and the money―which he had just stolen from the Germans―belonged to the British. From the sideline, watching with intent interest was none other than Ian Fleming...

The Serbian was Dusko Popov. As a youngster, he was expelled from his London prep school. Years later he would be arrested and banished from Germany for making derogatory statements about the Third Reich. When World War II ensued, the playboy became a spy, eventually serving three dangerous masters: the Abwehr, MI5 and MI6, and the FBI.

On August 10, 1941, the Germans sent Popov to the United States to construct a spy network and gather information on Pearl Harbor. The FBI ignored his German questionnaire, but J. Edgar Hoover succeeded in blowing his cover. While MI5 desperately needed Popov to deceive the Abwehr about the D-Day invasion, they assured him that a return to the German Secret Service Headquarters in Lisbon would result in torture and execution. He went anyway...

Into the Lion's Mouth is a globe-trotting account of a man's entanglement with espionage, murder, assassins, and lovers―including enemy spies and a Hollywood starlet. It is a story of subterfuge and seduction, patriotism, and cold-blooded courage. It is the story of Dusko Popov―the inspiration for James Bond.


From the Hardcover edition.
View on Amazon
For any fan of history, biography, and, of course, James Bond, this is a must read. Loftis presents the story of Dusko Popov, Ian Fleming's model for the character of James Bond. As you read this story, you'll feel as if you are right in the middle of a Bond thriller... except everything here actually happened. I'd heard snippets of the Popov story from other WWII books I'd read, so was aware of who he was and his relationship to Ian Fleming. But that's all that I'd had on him - snippets. This book tells his full story. Loftis' narrative, as mentioned, reads like a Bond novel so you'll never be bogged down and the pace will keep you turning the page. Maybe more interesting than his exploits in WWII is the post-war chapter of his life. This one was well worth the read!

Just fabulous, riveting and quite informative. Hollywood/Ian Fleming could never reproduce even a fictional story that would rival the true life story of Dusko Popov. Simply remarkable was his continued willingness to place himself in among those who would vaporize him in a moment if discovered. Such steely nerves. Book is bit difficult for the first few chapters, but they do lay the ground work for an exciting and captivating 2nd half. Found interesting the information presented regarding the (still) dysfunctional FBI and that truly dangerous/repugnant person: J. Edgar Hoover. Similar to the revelations about Hoover contained in Betty Metzger's book 'The Burglary'; her book on the Media, PA burglary of the local FBI office during the Vietnam protest period. The stark contrast between someone like Dusko Popov and the Brits vs Hoover & the FBI is simply staggering. All that aside, hang in there through the first part of the book, it rewards you as you move on.

Dull. Granular-level minutiae from cover-to-cover. Overblown descriptions of emotions diminish credibility. The author acknowledges a reviewer who helped clarify the plethora of numbers, dates, events, and characters, but he should have asked for another editorial pass because it is a slog through Byzantium.

This book is really insightful and exceptionally well researched. I take one star because at times it is excruciatingly detailed, and hard to follow. There are some paragraphs where the storyline is so intricate, the actors so diverse (referred by their code names - which keep changing for the same person, given many are double agents with names from both sides) that it's very hard to keep the pace.

That said, the author does a very good job at telling the story of this agent, his family, his work during WW2 and the nuances and espionage anecdotes that took place in Europe during the war. The story links very well to key events in the war such as the Japanese' attack on Pearl Harbor and D-Day invasion of Normandy. I won't spoil it, so I will just say it was really amazing to read about Dusko Popov's role and work with the FBI and US officials prior to the US entering the war.

This is a must read! This book has all of the authority and research for the serious scholar. At the same time, Loftis has composed a story with a writing style reserved for truly gifted story tellers. The story of Dusko Popov is as compelling as it is fascinating. Loftis delivers a thriller without compromising historical accuracy. Documented with previously classified materials, Popov’s story demonstrates how truth can be better than fiction. Don't miss the experience and enjoyment of this book! Kudos to Larry Loftis for re-introducing us to one of the unsung heroes of the Allied cause.

This book is brilliant. The story is almost fictional. Popov worked as a double agent like he was playing a violin. For Americans readers there is information that was overlooked by Hoover, the FBI DIrector. It almost made me ill . The documents that are used and the reader can read is instrumental to making the book top notch. I always check bibliography and maps. Lotis went into many archives and had first hand assistance with translations. A must read for people love nonfiction. I also bought his next book about woman in intelligence.

I had no idea that J Edgar Hoover had all the information he needed to stop Pearl Harbor from being the disaster it was. This biography is very well researched, with footnotes for every source. I was blown away. Why don't we know this? Why isn't this taught in schools? I think, as with everything else, the powerful are able to systematically cover up their mistakes. Absolutely worth the read.

My time, like yours, is precious. That said, this book is absolutely worth every minute it takes to read! Wonderfully researched and written! I am a 30 year retired Naval Officer and I found all of the World War II (lead up to the war and during the war) accounts riveting and worthy of a resounding WOW! This is a great idea for a gift and Christmas is not that far off! ;)