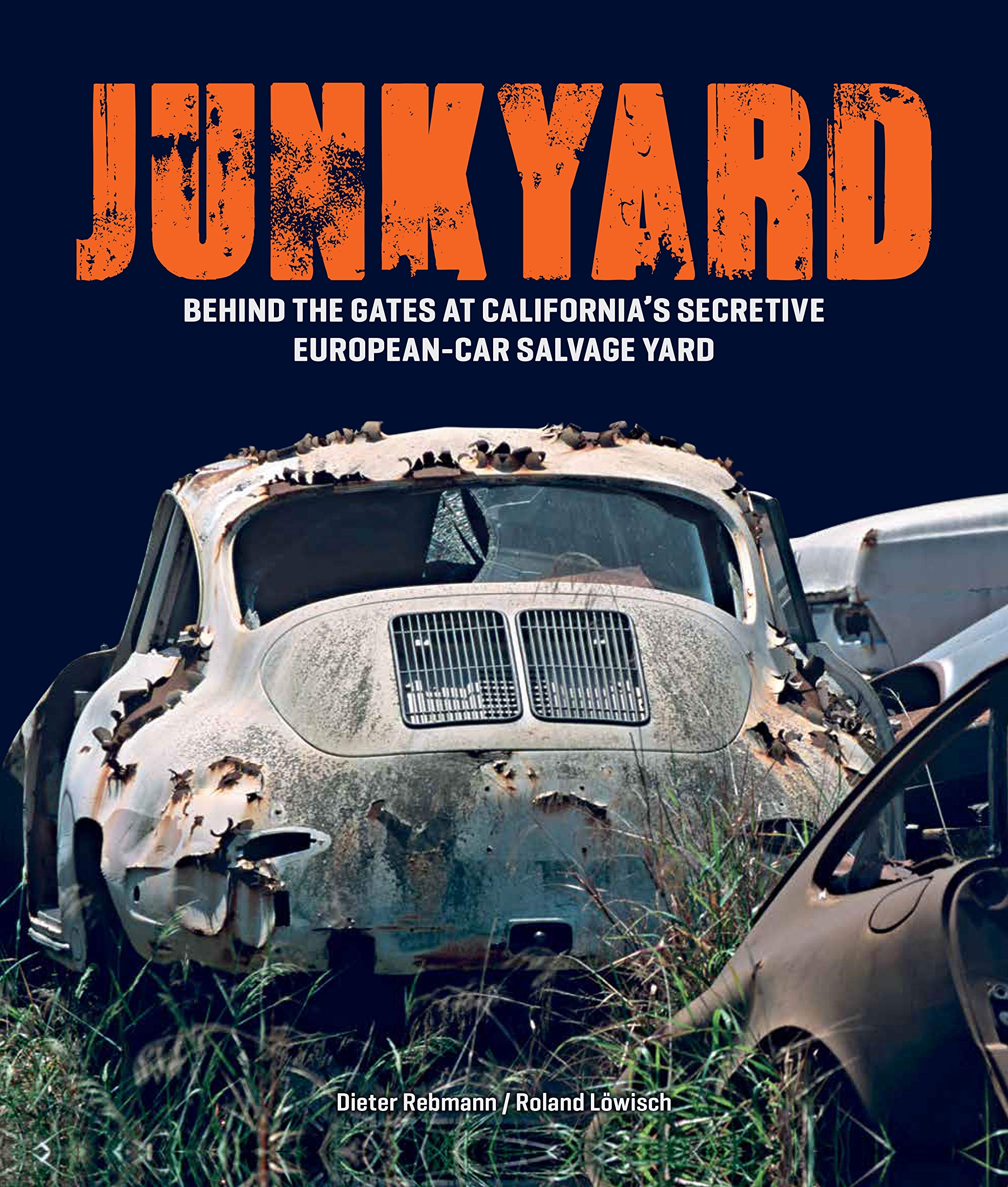 Junkyard: Behind the Gates at California's Secretive European-Car Salvage Yard

By: Roland Löwisch and Dieter Rebmann

In 1967, Rudi Klein began quietly buying up wrecked, damaged, and worn-out high-end European cars under the business moniker “Foreign Auto Wrecking.” Over time, he amassed a stunning collection of treasures. Among the stash is a one-of-one 1935 Mercedes-Benz 500K built for pre-war Mercedes racer Rudolf Caracciola. No one is precisely sure what other prizes rest behind the yard’s not-open-to-the-public gates.

Some 20 years ago, and after much negotiation, photographer Dieter Rebmann and author Roland Lowisch were permitted rare entrée to the salvage yard’s grounds to document its residents.This record of Klein’s collection is nothing short of amazing for any classic and collector car enthusiast.

Sadly, Rudi passed away in 2001, but the collection remains under the care of his sons, who operate it as elusively as their father, maintaining its decades-long air of mystery and desirability.
View on Amazon
It was a gift to my brother, so I never saw it, but he says he enjoys it.

What a collection of wrecks and salvaged autos

I liked it - very interesting collection of photographs. Although, like most picture books, you at it once and then put in the book shelf.

I ordered this in memory of my best friend, who loved classic European cars, especially his beloved (but non-running) Porsche 914. He also loved things that were old and funky and had lots of projects planned that he never got to. He'd have adored this book.

It's a completely different take on the standard automotive photography book, and I didn't fully understand what it was until it arrived. The junkyard of the title is a privately owned salvage yard in Los Angeles that is chock full of junked European classics that Rudi Klein, its enigmatic German-born multimillionaire owner (now deceased), acquired over decades, starting in 1967. During his life, he shied away from any kind of publicity and rejected all efforts to photograph his "collection." But enter German photographer Dieter Rebmann and writer Roland Lowisch, who somehow ingratiated themselves with Klein and received permission to document the contents of the high-class junkyard. for a day in 2000. This book, a snapshot of a moment in time, is the result.

Junkyard is a tribute both to Klein and to the decades of classic cars that he collected. Since all of them are junked, it's safe to say you've never seen them quite like this before. Mercedes, Porsche, Aston Martin, Ferrari, etc. are all represented, beautifully photographed, faded paint, rust, dust, dents and all. Some are extremely valuable, or would be if they were whole. The photographs are beautiful, and there is so much to see in many of them that the enthusiast will be kept busy for hours absorbing it all.

This is definitely not your standard car photo book, but the unique niche it occupies makes it really special. Klein died in 2001, and his sons have kept the junkyard going. But it's different now--cleaner, smaller, more organized, according to the text.

I love how offbeat the book is and how eccentric the man whose obsession it preserves was. Enjoy.

This beautifully assembled collection of photographs documents one man’s obsession with automobiles, particularly upper-crust European automobiles. Tucked away in a less-than-desirable corner of Los Angeles, the automobile collection of Rudi Klein is an amazing amalgamation of a wide variety of European automobiles spanning decades of time and a continent’s worth of origins. The range of condition spans the gamut, from looking as though they are almost ready to be driven away, to burned out or smashed-up hulks—or even just pieces of bodies—that would appear to hold but little interest, even for the most avid enthusiast or restorer.

It's interesting to note that the photos were taken over 20 year ago, and that his book was first published in Germany in 2017, and is just now, in 2020, being published in English. This disparate collection of automobilia, amassed by Rudi Klein and now managed by his two sons, is still there, somewhat diminished, tidied up a bit from the time when the photos were taken—but still mysterious; a treasure trove of high-end European automotive history that piques the interest of enthusiasts to this day.

Even though this book depicts a long-gone moment in time, it is still a fascinating look at an intriguing collection of rare and often exotic automobiles in levels of condition ranging from ready-to-restore to barely identifiable lumps of scrap metal. A worthy addition to the coffee-table book collection of any European automobile enthusiast.

It's hard to fathom how this book came together, beyond the wonderful explanation at the beginning of the book. We know, from the introduction, who the collector was, why the collection exists, and who the photographer is, but the enormity of possibilities makes this book a true wonder. With hundreds of cars - or what's left of hundreds of European cars - to choose from, the photographer had to find his subjects, which are usually just details like grills, hood ornaments, dashboards, etc., and wait for the Southern California sun to hit them just right before snapping away. And then there came the winnowing down, selecting the 200 or so images that would make the book.

There is also color to consider. Most of what remains has faded, peeled, cracked or, at worst, completely rusted. There's no high polish left. There are also amazing stories to be told, as each of the cars was salvaged from a wreck, many belonging to Los Angeles area celebrities. Each busted fender or burned out driver's seat has a tale to share, a potentially macabre or morbid secret. And then there are the rarities, the one-of-a-kinds, the one-of-nines.

They're all here - Mercedes, Rolls, so many Porsches - and they're now frozen in time as they are, thanks to the author and photographer. If you know a gearhead who loves European cars, this would be an excellent surprise gift.