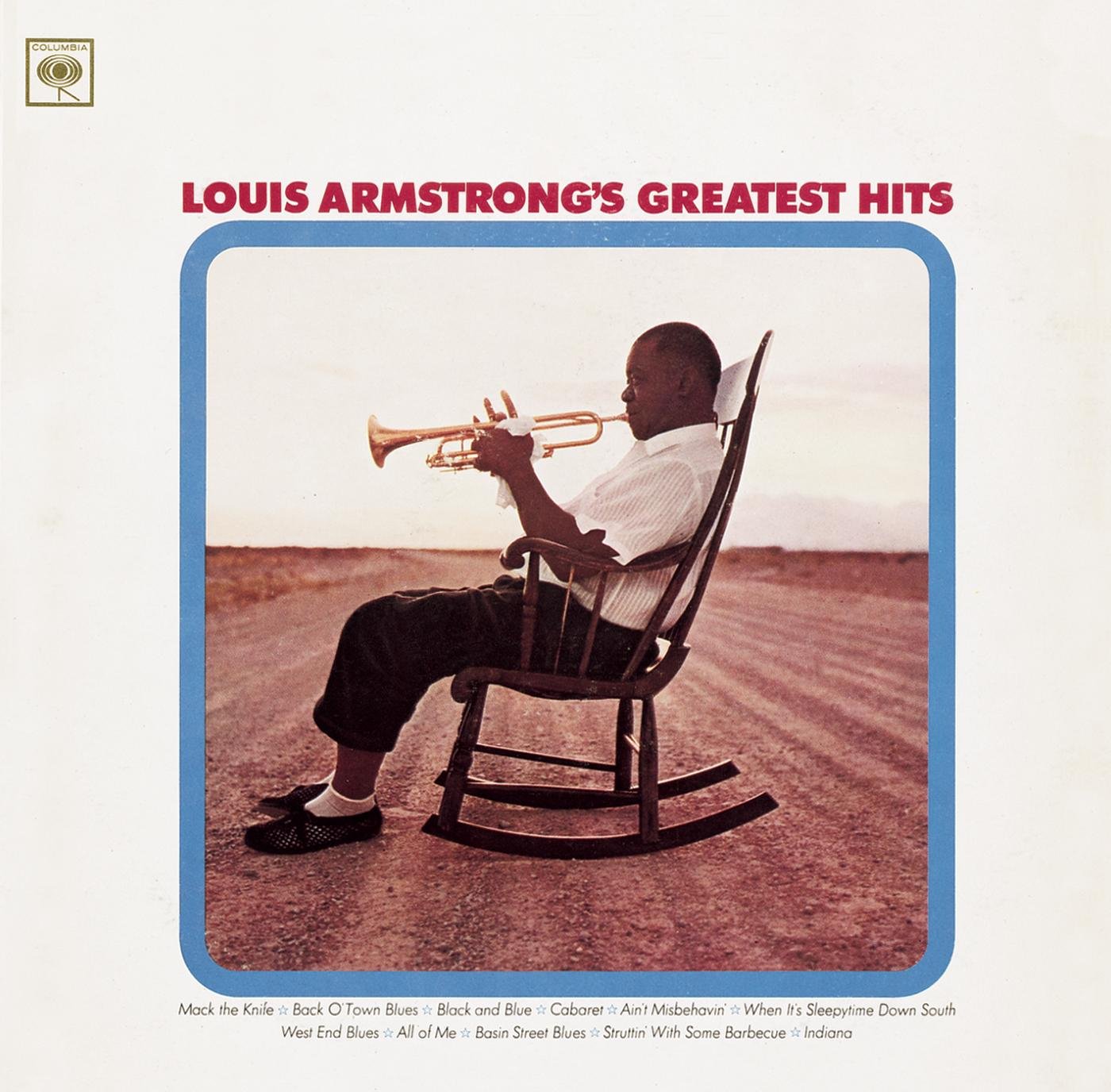 View on Amazon
This is a compilation of mainly mid 1950s tracks from Louis and the All Stars. A mere 11 well- known tracks (there is room for a whole lot more) most of them played "in concert" by what was essentially a showband, albeit with competent jazz musicians.
For me, and I suspect most other jazz fans of my generation, this band was a shadow of the original All Stars with Jack Teagarden on trombone and Barney Bigard on clarinet. There was more "feeling" from Louis then too, whereas here he just goes through the motions with pleasant, but not great results, although on some numbers, notably "West End Blues" and "Back O' Town Blues" there is power and emotion from the leader. The rest of the band don't get a look in on the album - few solos - this is all Louis,his vocals on just about every number as well.
Light years away from the classic 1920s and 30s stuff but a decent buy at the give away prices on Amazon.