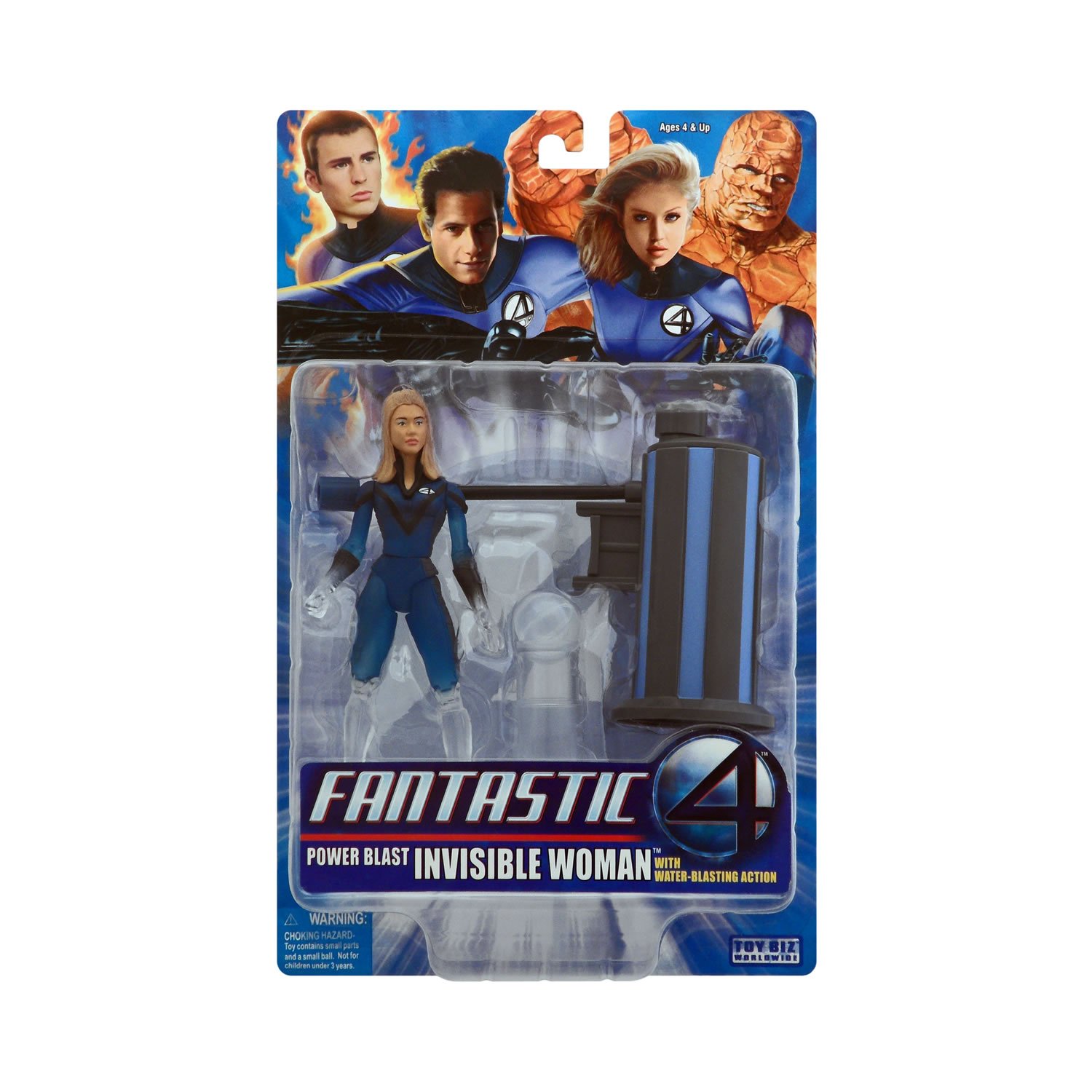 View on Amazon
First off, the figure is a very good likeness of Jessica Alba as the Invisible Woman from the Fantastic Four movie. Whether or not you consider that a good thing is up to you, I certainly don't mind. The figure itself is packaged with a water squirting pump and clear plastic "target ball" and pedestal. See, the figure is designed to shoot water (or "power blasts") from her left arm, a feature I never even bothered to test out (I gave the pump to my two year old as a bath toy, and he loves it). This does result in her left arm being totally straight and unbendable, with a little hole in the palm, and her right arm is designed with a shoulder joint only, most likely so both arms will match. Furthermore, the left arm only raises up to about shoulder level before the tube inside prevents it from moving up any higher. This is annoying, but at very least, none of the tubes are visible on the character from outside, aside from a protruding opening on the middle of her back. I've never been a huge fan of the "super poseable" type figures, so this doesn't really bother me all that much, but may be an issue for others. Overall, I'm glad I bought this figure.