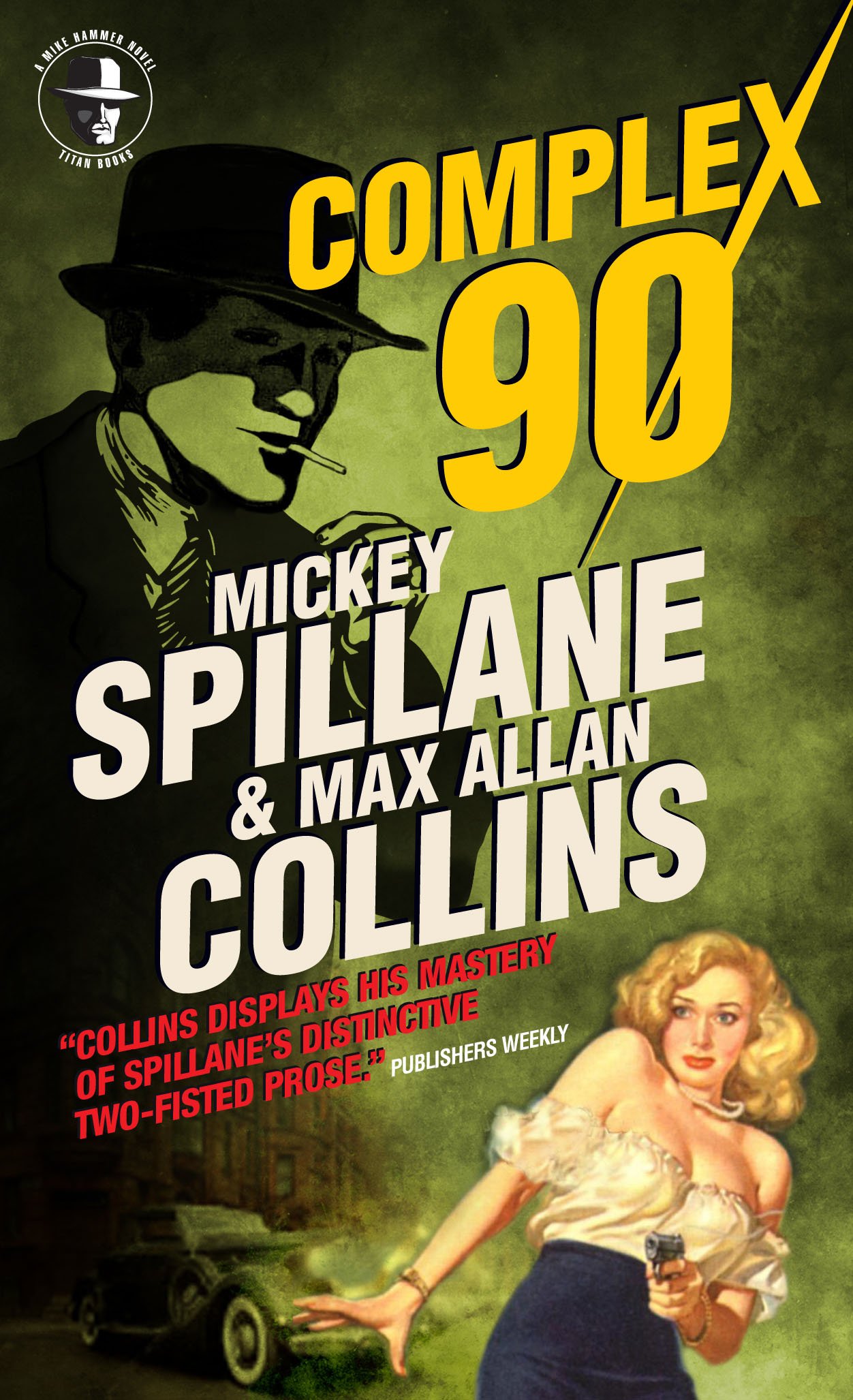 Hammer accompanies a conservative politician to Moscow on a fact-finding mission. Arrested and imprisoned by the KGB on a bogus charge; he quickly escapes, creating an international incident by getting into a fire fight with Russian agents.

On his stateside return, the government is none too happy with Hammer. Russia is insisting upon his return to stand charges, and various government agencies are following him. A question dogs our hero: why him? Why does Russia want him back, and why was he singled out to accompany the senator to Russia in the first place?
View on Amazon
Max Allan Collins gets better with every Mike Hammer novel he completes from partial manuscripts left in Mickey Spillane's papers. If one believed in that sort of thing, one might say he was channeling the late author.

This one was originally announced for publication in the sixties, but was abandoned for some reason. It's a sort of sequel to THE GIRL HUNTERS(brief aside. I always liked the filmed version and thought Mickey did a better job playing Mike Hammer than he was credited). And Collins encourages the reader in the introduction to picture Mike as Hammer(something I've done in all these slate of co-authored novels.

Here, Mike accompanies a conservative Senator on a fact finding mission when his regular bodyguard is killed in an assassination attempt and Mike gets a minor leg wound stopping the killer.

Once there, Mike gets arrested while out walking off a heavy meal and taken into the back of a prison. He doesn't waste any time when he gets a shot and fights his way out of the prison, gun blasting and spends two months getting out of Russia. He fights and kills forty-five in that effort.

Mike and Velda find themselves targets of both sides as they dig to find out what's really going on.

Nicely paced Hammer thriller that I devoured in a couple of sessions in the afternoon.

Worthy of a read.

Mickey Spillane and Max Allan Collins' newest `collaboration' is a great read. Nobody makes this look easier than Mickey and no one can polish/finish like Max. This will go down in history as one of the great literary collaborations.

Complex 90 is set in the cold war--Mike Hammer meets (and defeats) the commies. The book's greatest one-liner (adopted as a tagline as part of the jacket notes): "They can't torture you if you kill them first."

For some reason or other (a point that will prove crucial to the plot), Mike has been asked to serve as a body guard for an American senator, taking a self-financed fact-finding tour of Moscow. When Mike is picked up on the Moscow streets and hustled off to a local prison for interrogation (for no apparent reason) the plot begins in earnest. Mike exits the prison (stepping through the blood and over the bodies) and wends his way through eastern Europe, escaping on an American troop plane in Turkey. There are forty-five bodies in his wake.

This constitutes the first act of the novel and does not occupy as much space as one might expect. The real story then transpires in New York. What was really going on here? Why was Mike selected to accompany the senator? Who was behind that? Why was he abducted?

On the one hand there is a blast from the past--spies and ne'er-do-wells who have tangled both with Mike and with Velda (herself a spy for a time, remember) are still around and hungry for revenge. There is also a scientific study under way, one which will give a decided advantage in the space race. Are the russkies working with an American traitor?

The book is effortless in its silky-smooth plot. No one plots with the ease and finesse of Mickey. At the same time, we have delicious representations of Moscow and, of course, New York. Velda is there for much of the book; Pat Chambers puts in an appearance and a number of lovelies throw themselves and their ample flesh at Mike. This is one of the sexier of the Spillane/Collins collaborations.

The ending is satisfying, the violence is satisfying and, as always, Mike is satisfying. The heart of the book, he remains his unreconstructed, old-fashioned self. A warrior in the Pacific during WWII, he is the ultimate survivor. He eats slabs of prime rib, hefts weighty .45's, eschews political correctness and draws women the way flames draw moths. Chandler said that the protagonist in these kinds of book is everything. The lesson was never lost on Mickey.

Did not disappoint. Collins excels with Spillane's most memorable character, Mike Hammer. This is a 'must read' for any Hammer fan.

I was unsure how I would react to Mike Hammer in the Soviet Union and the whole Cold War era mystery. After the first few pages those uncertainties melted away and I found myself wrapped up in an adventure that proved to be one of the best Hammer novels I've read (and I've read them all)! COMPLEX 90 was intense, a classic 'Hammer' and to my surprise the most fun I've had reading a novel in a long time! Hammer finds himself headed to the Soviet Union in the early '60s to protect the senator from New York, while there he is kidnapped and has to fight his way stateside where he runs into an American government that wants to send him back to stand trial. This is a real page turner and one of the most fun novels you'll find! Highly, highly recommended.

COMPLEX 90 takes place after THE GIRL HUNTERS and THE SNAKE in the mid-1960s. It is by far the best of the Spillane/Collins collaborations to this point.

The swaggering, audacious Mike Hammer shines through most of time. The unalloyed Spillane Hammer is never tentative in dealing with the babes (whether accepting their favors or turning them down!), putting it to bureaucratic authority, or tearing up the bad guys. The Collins influenced Hammer has the buccaneering attitude and the violence down pat in this book, but sometimes Mike is too reflective in romance. The pure Spillane Hammer knows who he is and has no reason to hesitate -- although he would understandably express regret after the fact if Velda caught him with lipstick on his collar or, much more seriously, when some of his romantic dalliances were later killed.

Some editorial quibbles: the words "pundit" and "air-brush" were used anachronistically to my memories of the time, and there is an embarrassing lapse (on page 222) when a good-guy victim's name is used instead of that of one of the commie agents.

The action-filled plot makes some leaps at times but is thoroughly compelling. We finally learn much more of Velda's back story (both humanizing and revealing a surprising vulnerability) than ever before -- hurray! All in all a fine Hammer revival.

If you love Mickey Spillane and Hammer, you will like it - 45 kills is overdoing a bit - but all in all - a good yarn.