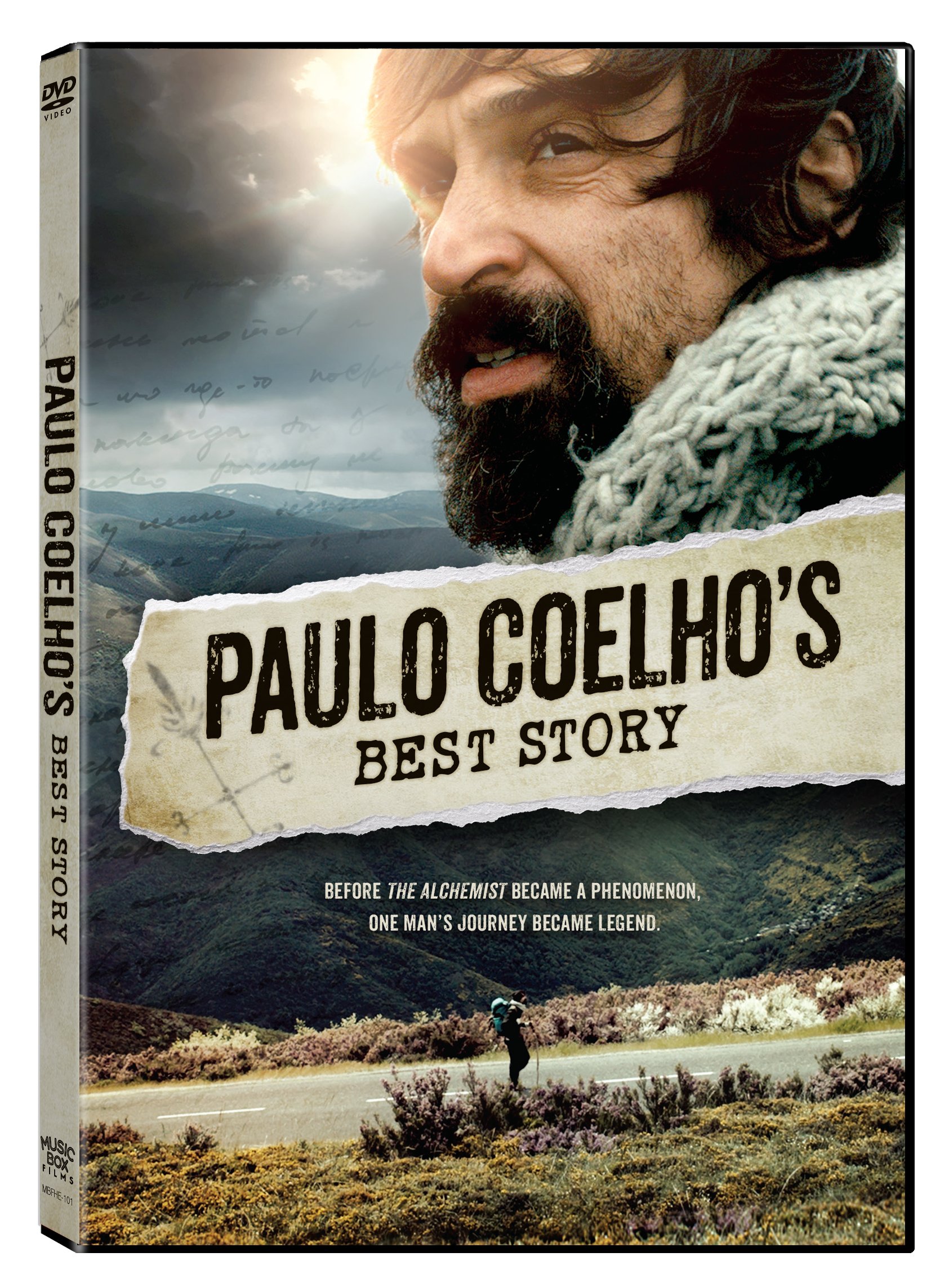 View on Amazon
Dear Mr Coelho, Thank you for following your heart. I have 3 books between a special gift of Thinker Statues that have supported me in life including The Alchemist - amazing. If you're curious of the other 2, please let me know. I greatly enjoyed the few pages on your life bringing to life the journeys that follow on every page. Now you share more fully in your movie. I am color blind, but you share life's color giving people energy to overcome, well balanced with the importance of being humble. This movie met my every expectation. To others that are thinking of watching, be ready! If you have a strong heart with a dream planted deep in you, be ready to better appreciate life's magic, life's potential.

I am grateful to know more about his life and how he became a writer. Being Brazilian, I knew bits and pieces but not the whole story. I read other reviews and noticed that people thought the sequence was a bit weird and I can see why; if you did not know anything abut him or about Brazilian dictatorship/censoring and of course Raul Seixas who was a really famous singer in Brazil, it might be difficult to understand the essence of the movie. What I am trying to say is, it helps to have the background in order to understand the film, even some of the dialogues were totally culturally based.

Some of the reviews about all the pot smoking and hedonism is not accurate. It was a segment of his life... As for disjointed - if you don't pay attention you could get lost on some of the jumps and transitions but they all make sense and are very intention-ed. I was concerned as in his books the story would actual stale or be too repetitive, however I found it fascinating to connect the portions of his different books and how they tied together. Many of his characters are influenced by his journey - the movie refreshed my interest in the book characters in figuring which were fictional and which were loosely based on him. There was enough interaction, action and excellent cinematography to hold attention. The music was fitting and moody and the filming was interesting.. sometimes you "were" him, other times observing with unique angles and beautiful scenery.
It was good enough that at the end, you turn off the TV, sit in quiet and think a moment. His books are fantastic and books are always better then movies - but this movie was strong and a wonderful way to dive in and get to know the author more - and I've ready just about the entire Coelho collection. I hope this helps without giving away a single thing. Enjoy it!

An amazing movie about an amazing and fascinating man, Brazilian writer Paulo Coelho, author of The Alcemist and two dozen other books, some of which have be made into movies. Episodically, like his writing, we follow him from child writer to left wing polemicist, to esoteric musical performer/producer to world reknown lyricist and novelist. Coelho's best story is in fact unfinished - it is the story of his vibrant and exciting life. All accompanied by his uniquely vibrant life partner, his wife Christa. The movie inevitable depicts their stories in a series of flashbacks as they make a walking pilgrimage across Portugal.

I love Paulo Coelho's books and I'm glad to watch a movie about him but I'm a bit disappointed with the leading man (one who played older Coelho) - somehow I think the casting is a bit off and his acting is a bit too Hollywood-ish - too chic - I don't know if the real Coelho is like that - I invisioned him to be more down to earth because of his thoughtful writing not the chic Hollywood-ish character in the movie - this is just a minor disappointment.

I love Paulo Coelho's books and thought getting the back-story would be interesting and informative. But this move is weird and slow and disjointed. It is kind of cool to know his background though - had it been half the length, or even better, written with the wit & style of his books, it would have been a lot better.

Uh, yeah amidst the pot smoke and alcohol we see a highly self absorbed, angry, hedonistic man who eventually writes a great book. We sat through the entire story, hoping against hope that something of redemptive value would emerge. Not so much...

I think many people expected something ultra magical and "knock your socks off" impressive. It's exactly what I expected. A simple story on the man's life. I felt very fortunate to see some pretty intimate situations on the screen that I had only read about. I respect that kind of honesty from anyone. But especially from an author that I respect as much as I do. I will definitely watch again.