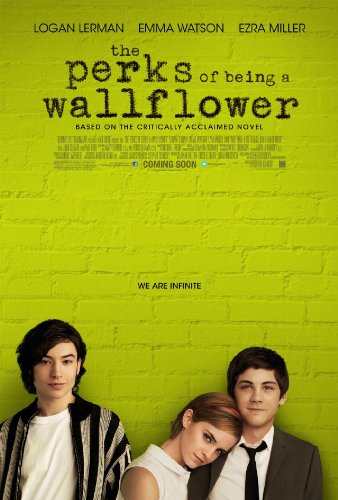 Written by Scott Z. Burns, Side Effects is the story of Emily (Rooney Mara), a young wife suffering from anxiety and growing depression. After her husband, Martin (Channing Tatum), is released from prison, the depression refuses to subside, forcing her to see a psychiatrist, Dr. Jonathan Banks (Jude Law). Believing she requires anti-depressant medication, Dr. Banks tries to find the right meds to allow Emily to return to happiness – but things don’t always go as planned when one drug starts causing Emily to sleepwalk, without an knowledge of what she’s doing when she wakes up. Catherine Zeta-Jones and Vinessa Shaw also star in supporting roles.

Normally, it’s a waste of time to pick on a film’s trailer after seeing the film – but in this case, the trailer is in itself a complete misrepresentation of what the film is really about. It appears to be a film about drugs, yet midway through the film you will no longer recognize this film as being about those pesky prescription drugs. It’s a complete head scratcher as to why the film’s trailer is a complete and utter misrepresentation of the film’s plot, other than to possibly protect the plot and maybe generate talk about the film. Never the less, this turns out to be a much better experience at the movies than anything a trailer could possibly indicate. If this all sounds confusing, you’re not alone – but, until you see the film in its entirety (and you should), it will be hard to fully describe the plot or characters without mentioning spoilers. Yes, it’s one of those films where every littler detail counts, and would make the ending easily spoiled.

Despite the confusion and misdirection regarding the film’s plot, what can be said about the film is that Rooney Mara’s flawless performance is the sole reason this film works so well. Her sheer acting brilliance is absolutely and unequivocally the sole contributing factor that makes this film so thought-provoking and entertaining. Sure, it’s a well-written plot – but no one else could have pulled off this role as well as Mara. Jude Law should also get a moderate amount of credit for his portrayal as the innocent, often complacent doctor. Other than Mara and Law, the rest of cast might as well be considered expendable and forgettable. And, yes – that’s a reference to Channing Tatum and Catherine Zeta-Jones.

In the end, Side Effects features a similar Ocean’s 11-like conclusion. It’s a busy, mind-engaging plot to be sure, but be forewarned…this film’s plot certainly doesn’t resemble the supposed story indicated by its two minute trailer (most likely due to the secrecy of the plot). Regardless, this film will happily and undoubtedly leave you in a state of awe, not to mention it will take care of the conversation for your car ride home.

Steven Soderbergh's "Side Effects" has opened to mediocre business, which I don't understand. Anyone who likes a good, Hitchcockian thriller, stylishly made and containing some real jump-out-of-your-seat moments, will like it.

"Side Effects" is a classic example of a film that is almost impossible to review, because of the absolute necessity of preserving the surprises in the plot. There is a doozy of a sudden plot twist that occurs slightly less than halfway through the movie, and another, even better, plot reversal that unfolds by increments throughout the rest of the movie. I'll just describe the four main characters: Emily Taylor (Rooney Mara), a suicidally depressed young woman; Dr. Jonathan Banks (Jude Law), a psychiatrist assigned to Emily's case after she runs her car into a brick wall; Martin Taylor (Channing Tatum), Emily's husband, a stockbroker just out of prison after serving four years for insider trading; and Dr. Victoria Siebert (Catherine Zeta-Jones), Emily's former psychiatrist.

In a well-meaning attempt to help Emily, Dr. Banks prescribes various medications for her, including a new anti-depression drug. It's no fair to say anything further about the plot, except that Dr. Banks soon finds his career, reputation and marriage in jeopardy, and must take drastic action to save them.

With a whip-smart screenplay by Scott Z. Burns (who also wrote "The Informant!") and jitter-inducing photography by Soderbergh himself, using his "nom de camera" of Peter Andrews, "Side Effects" is a fascinating film. The actors could not be better, with Law and Mara giving particularly riveting performances. "Side Effects" may lack that final reverberation of shock that separates the great thriller from the very good one, but it's a solid four-and-a-half stars, and I'm perfectly happy to chip in the final half-star.