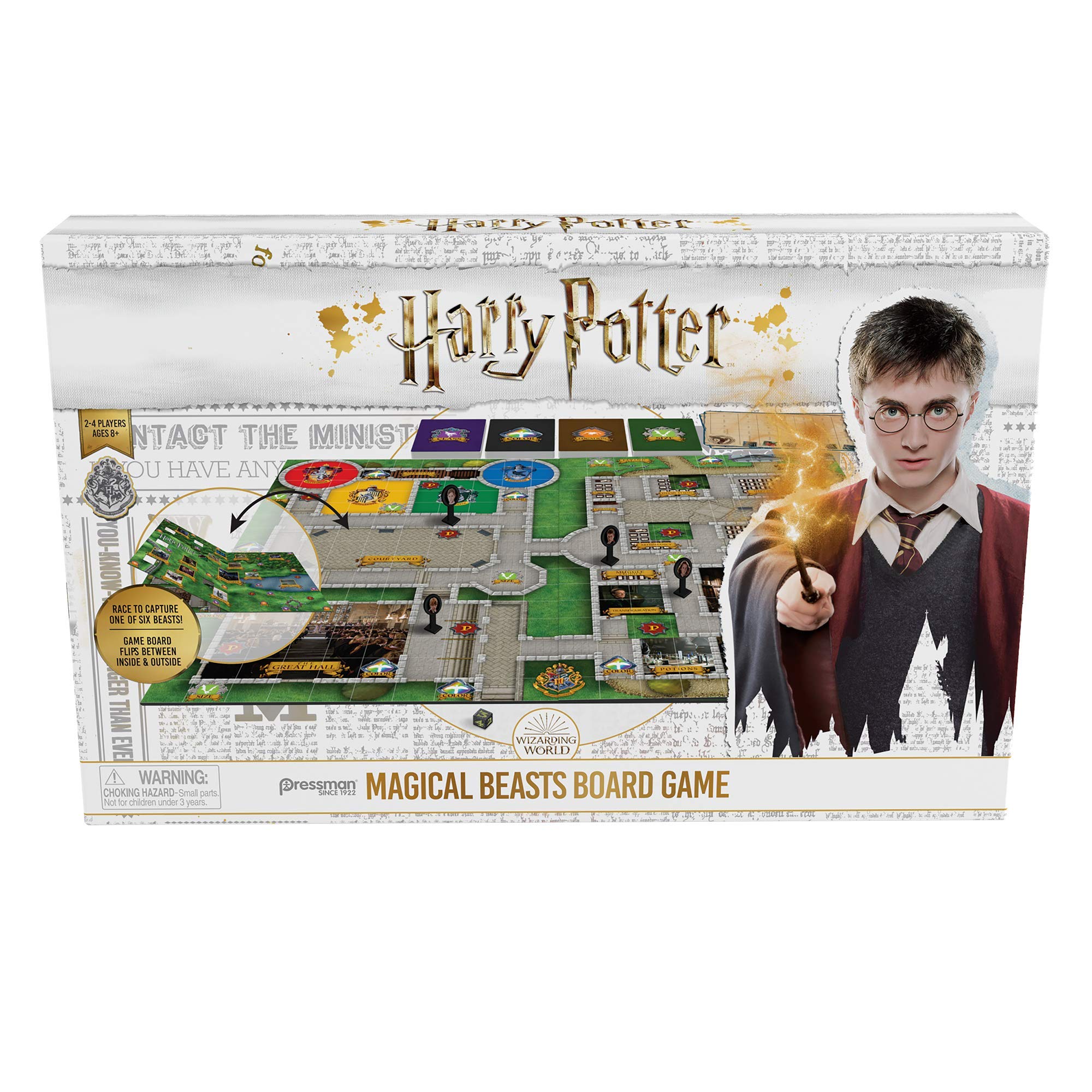 View on Amazon
I didn't think to read the reviews before buying this game. Out of curiosity I got on to do so after we played the first time because I thought...wow, I really should have read the reviews. haha There aren't a lot on here so I thought I'd write my own. This is a beautiful game. As we opened it we were raving at the quality of everything. But as we played we felt like it was so simple and not fun that we had to be missing something, so we kept re-reading the rules to see if we had understood something incorrectly. But no, we had it right. It just really is that much of a let down! Such a bummer. We love the idea of it. But there isn't much use of the board. You could basically stay in your one little corner and just go back and forth between the squares that you need and try to be the first person to collect the cards for a beast. The most fun about the game is switching between outside and inside, but even that is weird because there is a rule that if you knock a person off the board when switching, that they can go anywhere they like...which means they'll just choose to go on a square to collect another card. There isn't really any challenge to this game. I like the general idea of collecting the cards that add up to a magical beast...but there needed to be more to it. More use of the cool, beautiful game board. More challenge.

I do think my seven year old will like it. My husband and I tried it out tonight by ourselves. I think we can salvage it by adding some different rules and twists to it. It's not a total loss. And it wasn't a huge expense like some games are. So I don't feel totally jipped. But I am disappointed and cannot recommend it.

This game is pretty simple but fun. It plays like trouble, and just like lots of other trouble knockoff games, it is very cheaply made but it's still pretty cute. I wish they would make a higher end version with better packaging for fans. It came in a simple printed cardboard box. The instructions are printed on the back of the box. The game board is just plastic glued to the Harry Potter backing, and the glue is quite visible on my game on each corner where it says the players name (annoying but not a deal breaker). The die in the bubble is tiny, and the one on the die is oddly large, though it still works fine. The cards are actually well made though, and make the game a lot more interesting and Harry Potter-ish. In stores this probably retails for $5-$7 (I saw another user already post that they saw it for $5), which is what I was already expecting given the selling price and that I just bought a similar Shopkins version for my niece.

The game itself is fun (gets a little boring though at the beginning if you don't roll a 6 for awhile and don't get to play yet), easy for younger kids to play with some help with the cards (maybe 6+?), and I'd still recommend it as a Harry Potter fan - just have reasonable expectations for the quality (fairly low) given the price.

I would not pay more than maybe $12 for this item; I purchased it for $10 and am happy with my purchase.

We're Harry Potter fanatics at our house - 3 generations' worth - and this game is perfect. It's more complex than it might seem, and the game can go longer than you might expect, which can make it hard to play all the way through to the end (we recently quit after 45 minutes of playing with 4 of us), even when we modified some of the rules to be more like Sorry (you can get out on 1, 2, or 6, not just a 1, for example). But we love the game overall, and the cards are quite fun. Our 10-year-old enjoys it, and our 5-year-old granddaughter will play for a while before getting tired. We play with only 2 "men" each when she plays. We would definitely purchase this game again.

Game is nicely made and it is an interesting idea to have the flipping game board. But there isn't much to the actual play. It'd be best for Harry Potter fans who are younger as it's not complicated. My child is 7 but we play board games often and so his skill set for them is more that of a 10 year old. We will play it but it won't be a favorite.

We ordered this because we like the game Trouble and we love HARRY Potter. The game was also inexpensive. We weren't really expecting it to be much different than Trouble, but it is WAY more fun, without being complicated at al!! Great addition to family games!! Easy enough for the youngsters while still being fun for adults! 😁❤

Note: that we buy a lot of games, my wife might say too many. Up front, this is not a complicated game. However, that does not mean it was not fun. Anything that brings the family together is worth it. If you are looking for a highly complex game you will be disappointed. The more players the more fun, but can be played with two. I cannot speak to the long life of moving board. My seven year old loved it, and keeps asking to play. I do see a few house rules being needed over time. Well worth the $13 price.

The game itself is essentially "trouble" with a twist. There's nothing fancy it's kind of basic and cheap quality but works because it's a simple game that doesn't really need thrills. My biggest issue was the box of the game. When it arrived it wasn't in the best shape. Then one day I took it somewhere and had to leave it in my car all day. It's a game I didn't think it would hurt it. Well the plastic on the box that covers the window shrunk (presumably from the heat) and destroyed the box. The cardboard box ripped all around the window now, and the window is shrunk and distorted. I like to keep my games in their boxes for starters but this is also a HP item and the box is part of what makes it special! I'm sad and disappointed. I bought this at a sale price and I'd buy it again, but I'd treat it with EXTRA care and like a collector item, that I still play. This would hopefully prevent the packaging from getting destroyed so quickly.

has a little 'tilt' and addition from the regular game that has had so many different motifs made. The cards are an interesting addition... reminds me of having the chance/community chest cards in monopoly! grandson loves it... and he loves harry potter!

My daughter is a huge HP fan and this was on the top of her Christmas list,but in all hon, it it a huge disappointment, the game is way too simple, theres nothing to it, no interesting plots or twists, the whole game was over in less than 10minutes and it was 4 of us playing, I honestly can't believe how much it cost for virtually nothing, the game is nicely designe and it looked like a hood quality board etc, but genuinely there is nothing exciting about it and I couldn't believe it was over so quickly. I feel bit sad for my daughter as she was rather disappointed in it, so I'll try to find some replacement for this rather uninteresting game. Definitely would NOT recommend unless it was under £10 or so..

Easy and fun to play but quite pricey considering the quality. The box is flimsy and the game board is basic. The dice is a bit small which means that sometimes it doesn't flip properly when you press the popper - it just jumps and stays on the same number. No regrets about buying it because we love playing games, but not really value for money.

Brought for my two girls for Christmas. They love it. Especially the flipping of the board and being able to put people wherever they want.
Not clear as to if you have to go on the paths or not inside. We did though.
Game is like in Cluedo in some ways except your not finding the killer your finding 4 cards to make/catch a beast.

Another board game - this time for the Harry Potter fans. The flipping of the boards during the game is interesting.
Service of the supplier was good.