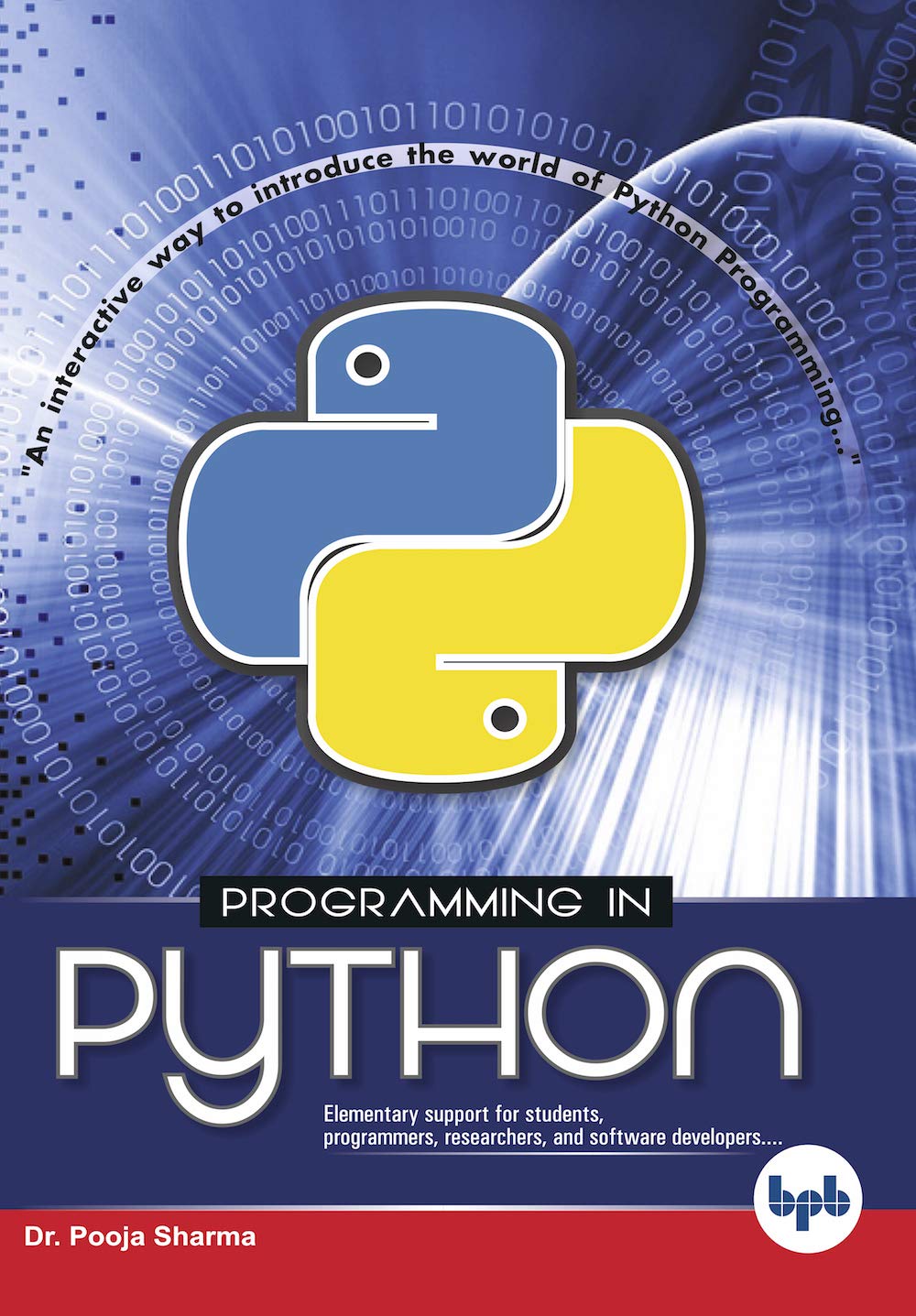 An interactive way to introduce the world of Python Programming

Key Features
● Detailed comparisons and differentiation of python language from other most popular languages C/C++/Java.
● Authentic and extensive set of programming illustrations in every chapter of the book.
● Broad study on all the programming constructs of the python programming language such as native data types, looping, decision making, exception handling, file handling etc.
● Broad study of Python Object Oriented Programming features with illustrations.
● Numerous review questions and exercises at the end of every chapter.

Description
This Book is meant for wide range of readers who wish to learn the basics of Python programming language. It can be helpful for students, programmers, researchers, and software developers. The basic concepts of python programming are dealt in detail. The various concepts of python language such as object-oriented features, operators, native data types, control structures, functions, exception handling, file handling, etc are discussed in detail with the authentic programming illustration of each.
presently, python programming is a hot topic among academician’s researchers, and program developers. As a result, the book is designed to give an in-depth knowledge of programming in python. This book can be used as handbook as well as a guide for students of all computer science stream at any grade beginning from 10+1 to Research in PhD. To conclude, we hope that the readers will find this book a helpful guide and valuable source of information about python programming.

Who this book is for
Students, Programmers, researchers, and software developers who wish to learn the basics of Python programming language.

About the Author
Dr. Pooja Sharma completed her bachelor’s degree in computer applications in 2005 with 4th position in the University and master’s degree in computer science in 2007 with Gold Medal for securing first position from Guru Nanak Dev University, Amritsar. She did her PhD in 2013 on Content Based Image Retrieval under the supervision of Dr. Chandan Singh from Punjabi University, Patiala. Her academic achievements include fellowship for regular PhD from UGC, New Delhi after qualifying UGC NET and JRF, several merit certificates, gold and silver medals in matric, higher secondary, undergraduate and post graduate levels. She has several research publications in peer reviewed International journals of Springer and Elsevier with significant Thomson Reuters impact factors.
View on Amazon