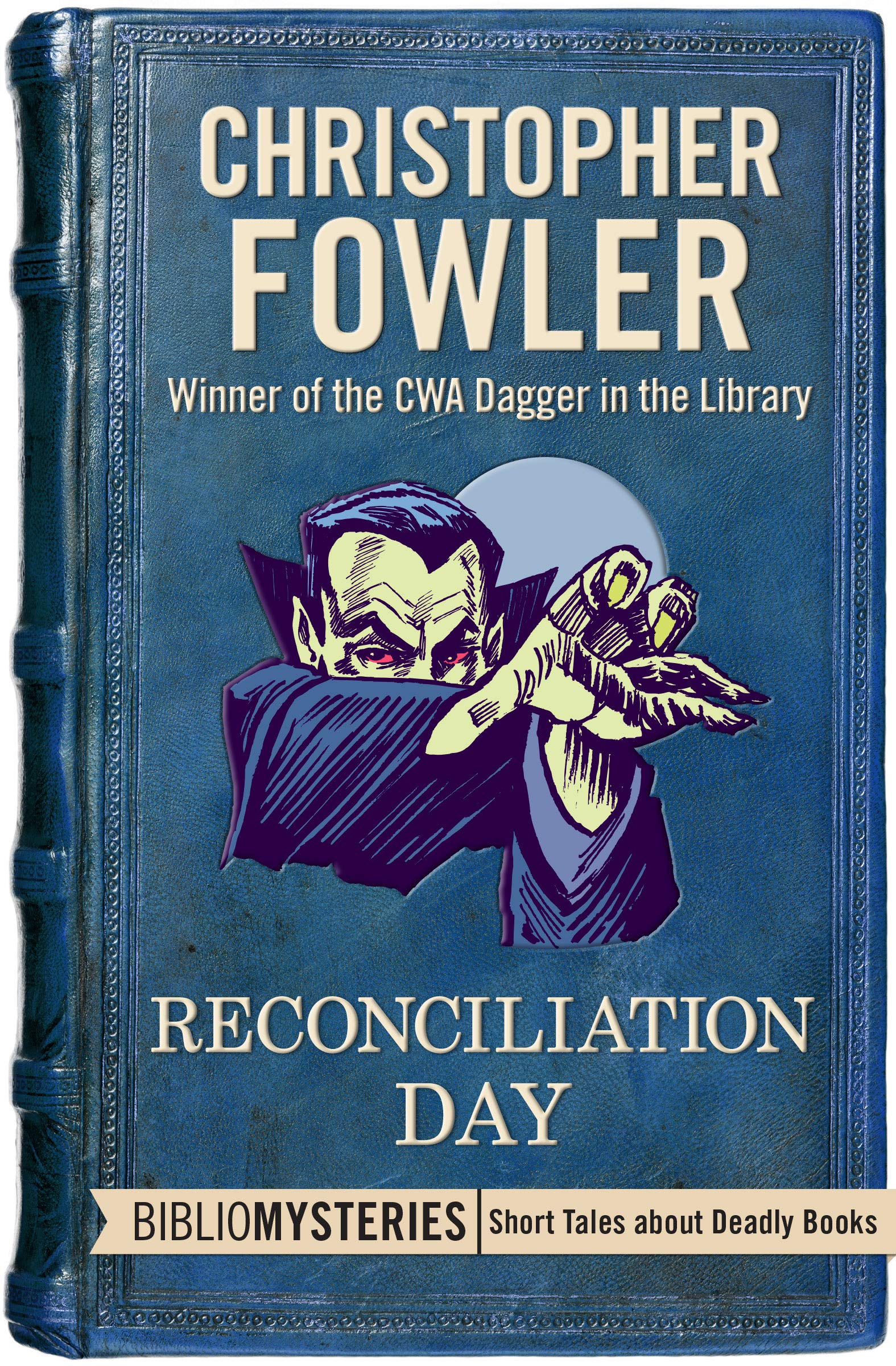 A man obsessed with Dracula pursues a legendary lost edition of the classic vampire book in this chilling story from the author of the Bryan and May Mysteries.

Carter, one of the world’s leading experts on Dracula, owns many editions of Bram Stoker’s novel, maybe even as many as his well-heeled rival, Mikaela Klove. But one thing has always eluded him: the chance to examine the possibly apocryphal blue edition of Stoker’s seminal vampire tale. If it actually exists, the elusive edition is rumored to contain a different ending and a never-before-published chapter tantalizingly set in Dracula’s personal library. Determined to read it for himself, Carter travels to Transylvania, where the rumored treasure might be hidden. But once there, he’ll need to work with his nemesis to solve the mysterious puzzle—or risk an endgame neither he nor Mikaela can afford to lose.

Drawing on his renowned flair for the outré, Christopher Fowler—an author “in the first rank of contemporary mystery writers”— reimagines Stoker’s lost chapter and intersperses it with an unforgettable journey through Transylvania. Reconciliation Day is a delightfully suspenseful novella perfect for fans of the Peculiar Crimes Unit novels (Publishers Weekly).

The Bibliomysteries are a series of short tales about deadly books, by top mystery authors.
View on Amazon
Carter is a Bram Stoker collector/fanatic of questionable ethics. His purpose is to acquire the mythical first draft of Dracula with its additional texts that describe the Count's library and includes an "alternate ending." His quest takes him to Romania where he thinks the "Blue volume" is hidden. When he gets there all he has to do is steal it. But this is Romania, a place where gypsies issue curses and the legend of Vlad the Impaler is very alive.

I like the concept of the Bibliomystery series since I am something of a bibliophile. I take it that the purpose of the series is to take a text and write a story around it; in this case, the text is Dracula by Bram Stoker.

We are treated to short chapters from the alternative, mythical version of Stoker's novel, which were pretty interesting. There was also a lot of biographical about Stoker and bibliographical information about Dracula. Unfortunately, it seems that all of this detail is hogswallop. Stoker was not impoverished; although he died in poverty because of his ill health, he actually had a good living running a playhouse for Henry Irving, who the most famous actor of his time, which involved him in traveling around the world, as part of which he met American presidents and was friends with Arthur Conan Doyle and James Whistler. Stoker didn't write Dracula in a competition with a swindler; he worked on Dracula for seven years. It is true that the original manuscript of Dracula - then entitled "The Undead" - was found in 1980, but it was found in Pennsylvania. The typescript was purchased by Microsoft co-founder Paul Allen, not returned to Romania.

Nonetheless, the story seemed to be moving along, until it neared its conclusion. What happened at the end? Was it a hallucination or something else, I couldn't tell. All in all, I found the ending to be a disappointment.

Your mileage may differ.

I picked up this standalone short story, part of a series called Bibliomysteries, because I adore Fowler’s Bryant and May mystery novels. The premise, of a “lost” edition of Bram Stoker’s Dracula with an added chapter and a different ending, also intrigued me.

The story is really two stories that alternate. One is narrated by a contemporary book collector who is obsessed with obtaining the single existing copy of the “lost” version of Dracula, supposedly now in an obscure village in Romania; the other, presumably the added chapter in the variant addition, is told by Jonathan Harker, whom Count Dracula has hired to catalog the library in his castle.

Both tales are well written, as I would expect of Fowler. They don’t echo Bryant and May, nor do they really add much to Dracula lore, but they add up to a quick and enjoyable little read.

Mr. Fowler’s Bibliomystery novella, “Reconciliation Day,” starts with a the idea of a missing chapter of Bram Stoker’s original, iconic vampire classic. The story switches between (1) the search by a greedy modern-day collector looking for a legendary single copy of an expanded “Dracula” that contains the missing section, and (2) the apocryphal Stoker chapter itself. Both lines of the plot are suspenseful and fun take-offs of the source, and the faux “Dracula” text is pretty faithful to the original.

At turns shocking, persuasive and immersive, this Bibliophile Mystery initially reads as if it will become the definitive afterword on Stoker's ingenious invention. But after an engaging and at times jaw-dropping buildup, the double conclusions of Reconciliation Day both fall surprisingly flat. Hard to know what to make of the author's seemingly tossing a bold creative piece out of his computer and up onto the internet, as if perhaps he'd stunned himself and wanted to pull it all back.

A creepy, dreamlike little tale with two timelines. One in 1893 with Jonathan Harker who is cataloging Count Dracula's library, and the second in the present day with self-professed Stoker/Dracula expert Carter, who's traveled to Transylvania in hopes of getting his hands on the original manuscript of Stoker's book. Fowler does a fine job in imitating Stoker's purple prose-- as well as making this reader feel uneasy!

Short story from the author of the Bryant and May series featuring the Peculiar Crimes Unit. Not as much fun as that series, but an interesting taste of the author's ability to work with other characters other than the beloved PCU.

love this writer and can't wait for the next book