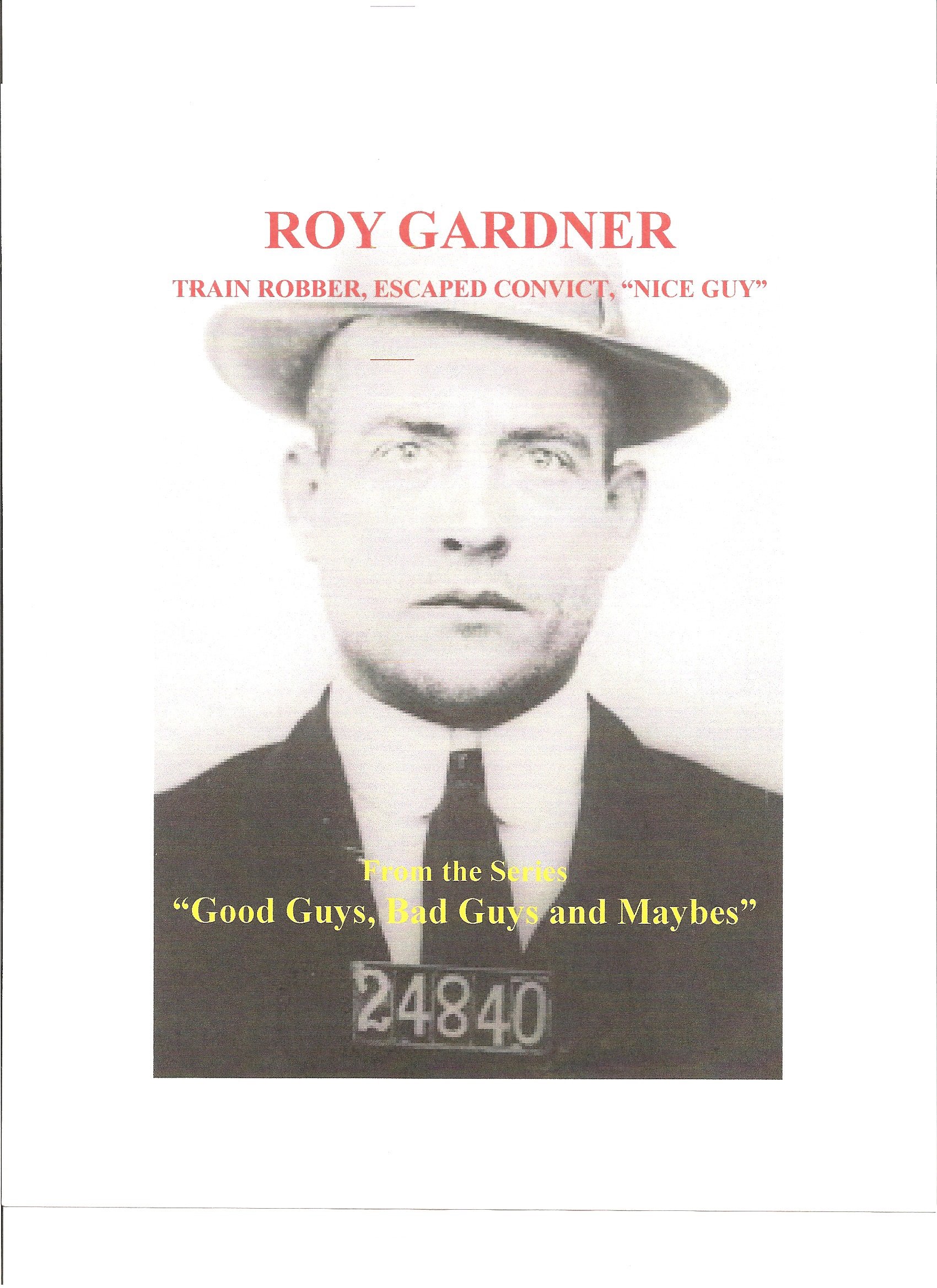 This is the story of Roy Gardner, as taken from early American newspapers; one of the most famous outlaws that you have probably never heard of, from the early 1920’s. Gardner seemed to personify the statement “a good boy gone bad”. He was a train robber, but became well known because of his escapes from the law, once they caught him. These included an escape from the Federal, high-security prison at McNeil’s Island, Washington (State). Gardner was respected and considered “one of the most honest people around” when he was working. Although circumstances turned bad for Gardner, and he fell into a life of crime, he never killed anyone or seriously hurt anyone in his robberies; in fact his aversion to such violence ultimately led to his capture. He was considered smart, likely brilliant, by those that knew him. It was a shame his intelligence was wasted on a life of crime. His life was filled with unusual twists and turns, but. As he put it “he always played it straight”. Even in death, Roy Gardner showed a lot of class. I believe you will find him fascinating, as I did.
View on Amazon
Terrible