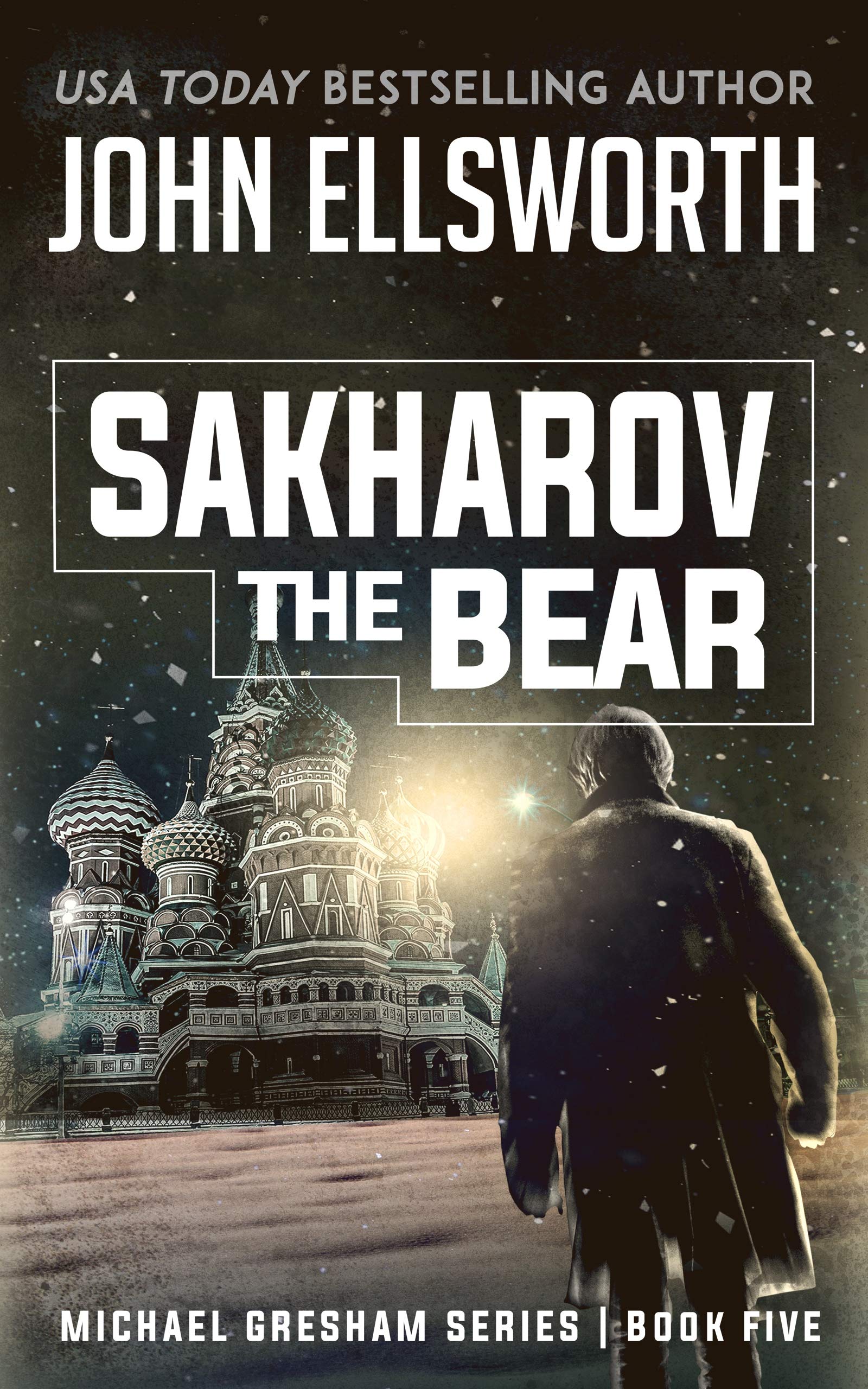 A Legal Thriller - in a Russian Courtroom Drama
Two CIA field operators obtain a bill of lading from an arms supplier in Moscow. Tracing the origin and destination of the weapons there is reason to believe a massive arms shipment has come into the U.S. through the Port of Long Beach. While their investigation proceeds, the CIA operatives are arrested in Russia and put on trial for stealing state secrets and murder. Michael Gresham appears in Moscow to defend them, but the trial turns into a kangaroo court of Russian justice. Corruption and undercover deceit threaten to put the Americans in front of a Russian firing squad.

Every Lawyer Novel Needs a Trial
The jury trial that follows is probably Michael's strangest case ever. People die and people disappear, secrets are stolen, and confessions are made, but...is any of this based on truth and reality? Or is everything a wall of disinformation meant to throw off the Americans and stymie all attempts at justice in the Russian court? Watch from your front row seat as Michael takes on the KGB only to find the judge sending him to jail because he fought back in court. Everything is at risk here, as we look in on the American President, the NSA, the CIA, and DoD while the story accelerates to its exciting and shocking climax.

Other Books in the Michael Gresham Series of Legal and Financial Thrillers
Sakharov the Bear is part of the Attorney Michael Gresham Mystery Thriller Series which has more than 1,000+ five-star reviews and a million readers and counting. If you love a page-turning thriller with mystery, clandestine plotting and a dash of romance, pick up Sakharov the Bear today.

This stand-alone novel features leading man Michael Gresham. Look for other mystery and legal and financial thriller books featuring Michael Gresham including The Lawyer, Secrets Girls Keep, The Law Partners, Carlos the Ant, and now Sakharov the Bear. They can be read in any order.

Enjoy this Lawyer Mystery Thriller Series FREE as part of your Kindle Unlimited subscription. You can read these Kindle Unlimited books online via your Amazon Kindle Fire or on any smartphone or tablet with the free Amazon Books Kindle reading app.

Q: Where did you get the Russian scenes? The book takes place in Moscow.
A: One trip to Moscow is all something like this takes. The courtroom thriller is essentially the same whether the courtroom is in Chicago or Moscow, Russia. However, what can happen is like night and day between Chicago and Moscow. Very frightening.

Q: Russia and Vladimir Putin have been receiving lots of press coverage lately. Did any of this figure into Sakharov the Bear?
A: Actually quite a lot of it inspired the financial thriller aspects of the book. There is always spying and counter-spying going on between the two countries. It was just a matter of tapping into some of this.
'
Q: Such as?
A: Russian interference in the recent Presidential election; arms limitation talks; military weapons smuggled into the U.S. for terrorists to use. It goes on and on in this thriller.

Q: The book is billed as a legal thriller. Isn't it just as much a spy thriller too?
A: Anyone who loves stories about spying and spycraft is going to love this book. It's a book that's heavy on detail that just makes you feel like you're right there.

Q: Is there any plan to continue on with the Russian courtroom setting? Or the Moscow settings?
A: There are some thoughts about continuing on with the lawyer Antonia and the spies Russell and Petrov. These are exciting characters to me and their stories are very compelling.
View on Amazon