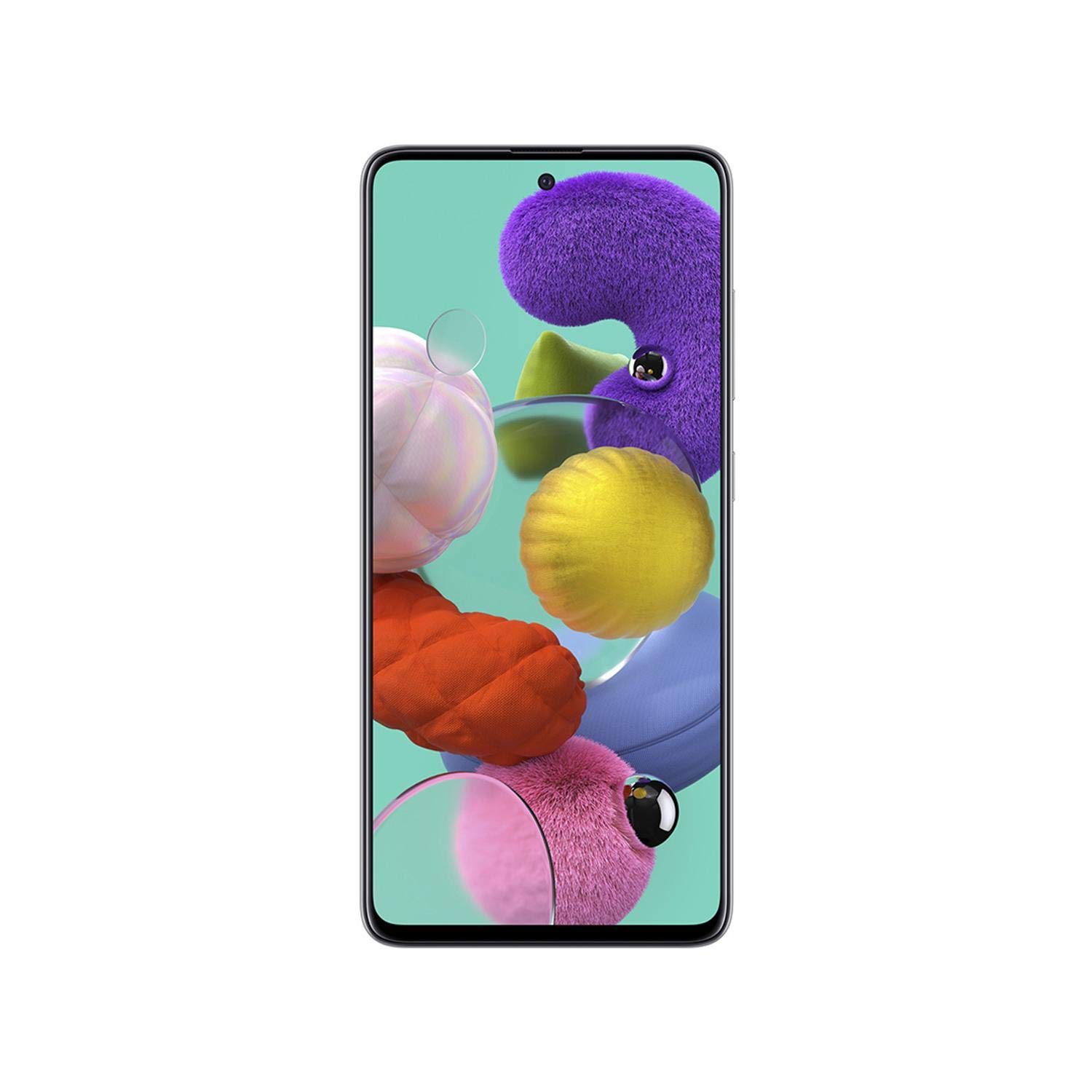 Posted by numero0899 | Published a year ago

View on Amazon
After searching for several Samsung, I decided to purchase this model Samsung A51 model number SM-A515F. Why? Because this A51 model works great in the US on Data LTE, MMS, and more (see below why).
Because this is Latin America model, it arrived in the Spanish language, however, the languages and countries are listed A to Z so I easily found ENGLISH, UNITED STATES. Very easy and LTE and Data works 100 percent with my AT&T service!

I am a techy person that uses AT&T LTE on this phone, so I wrote this review so that you can decide if this might be the best phone for you or not...

1) All the necessary LTE BANDS for AT&T, TMobile and other GSM...I have AT&T LTE DATA. The description was accurate about all of the LTE Bands. It has enough LTE Bands to work great with AT&T.

I travel, so at different locations, AT&T Cell Towers have different bands, at home, I receive Band 2 (LTE/4G+). Around town I am on, bands 2,4,5 and sometimes Band 17 depending on the tower location. Even on the road, my Data works great!

I reseached several Websites who confirmed the above bands on this model before I purchased and they were correct.
Note that the F model, this one is for NORTH AND SOUTH AMERICA. It works wonderfully on the United States.

2) WIFI...This is a super strong WIFI. I get 5 bars all over my home and outside in back yard, 4 bars. The WiFi is super fast and stays connected!

3) Storage Space and Battery Life...After the OS, Factory apps and after installing MANY LARGE APPS, I still have 110 GB left out of the 128GB, so I am very happy!
Battery Info...First, the phone battery and CPU stay very cool between 71 and 85 degrees. On a battery charge with heavy app use, I still have 40 percent or more left at 11pm.

4) Screen Clarity Ratio...This Screen is super sharp, bright and clear. It has approximately 415 nits of brightness (which is excellent), so at 100 percent brightness, viewing the display in sunlight is Ok.
Videos are sharp, eBooks sharp etc.
Like many tall, yet slim new phones these days, they are going to the ratio at 19:5 or higher. Some high end phones are going to 20, 21, so many older format 420p videos or lower don't 100 percent fill the screen because they were made for older devices with 16 or 18.
I think that the newer videos will eventually catch up and fill the screen.

5) Speed...I found this phone to be very responsive.

6) It has a 3.5mm port for wired headsets. Both wired headsets and Bluetooth headphones sound great because this phone has Dolby Atmos Sound.

6) Price, Form Factor, Near infinity screen...The price is reasonable and I love the 6.5" screen. The form factor on this I is appreciate because this phone is so trim and slim and lightweight. It has very thin bezels so the screen truly fills up the phone.
****The slimness of the phone is one of the main reasons I purchased this phone. The 6.5" size is just right for me.

Cons:
This phone has 4GB of memory. It is fast enough but I'd prefer 6GB or 8GB of memory. The phone doesn't lag or freeze so 4GB is adequate.

Well, I hope that my detailed review has been helpful for you.
I highly recommend this phone because it works wonderfully!

The quad camera is a 4 star, it takes beautiful pictures with clear resolution except when you zoom. It doesn't clearly show the details but I'm not complaining.

The space is 128, however, 18GB was already filled with the apps. But I'm not complaining.
What I dont like is that after a day or so, you'll need to restart it coz it gets ridiculously slow.

Fingerprint sometimes doesn't recognize your finger for like 5 times until you have to use your pin or pattern.

Face recognition is perfect. When I set it, it was at night but it works perfectly. What I do not like is that after it has recognized your face, you still have sto swipe to unlock rather than it unlocking after recognizing ur face.

The charging adapter its international. I still haven't found the plug for it.. it's not the popular international one. Even Takealot doesn't have it, Game, Incredible Connection

Other than that, it works perfectly.. I'm enjoying it

I upgraded to this from a LG G6+ and I am very satisfied with this phone. The 4000 mah battery gives me better battery life than the G6+, as I usually have about 40% left at the end of the day, compared to around 5% on the G6+. The screen is huge and looks amazing even though its lower resolution, it actually looks nicer than the G6+, probably because its oled. I am also amazed by how powerful this phone is for the price, Its more powerful than the G6+ but cost about half the price of what I paid for that in 2017. I also like how you can create custom themes and change all the colors of the UI. My favorite color is purple so I made it all purple!
Highly recommend this phone! 10/10!

I just got my device , in white. It came brand new as advertised. It's very beautiful and pleasing to the eyes. The battery lasted me until the following day. However i do think the camera could have been better. The sound is very loud and good. There are a few hiccups nothing major but apart from that I like it very much. Great speed as well and beautiful beautiful display. Oh and the finger print scanner isn't too bad either, works just fine!

Bought it for my wife in January and it's been good for the time.
Pros:
The large screen is really bright and the phone is pretty light for the size. The camera is ok for a phone. Performance-wise it doesn't have any trouble with casual games. I'd say adequate for 95% of people.
Cons:
The speaker is just meh if you want to play music, but then you probably should have a BT speaker or headphones on. The camera has pretty bad low light performance for a 2020 phone, but that is compared to flagships and midrange phones that are +$300-1000 compared to this.

The camera, again, is just adequate at the prince range and not a deal breaker if you don't take a lot of photos or have friends/family with better cameras.

It's a really good device, works as expected

The phone itself is great. Fantastic screen, excellent battery life, snappy response. Works wonderfully. However do not order this from this vendor if you need NFC as you are getting a Latin American version of this phone and NFC is disabled. Going to have to return this device due to that issue