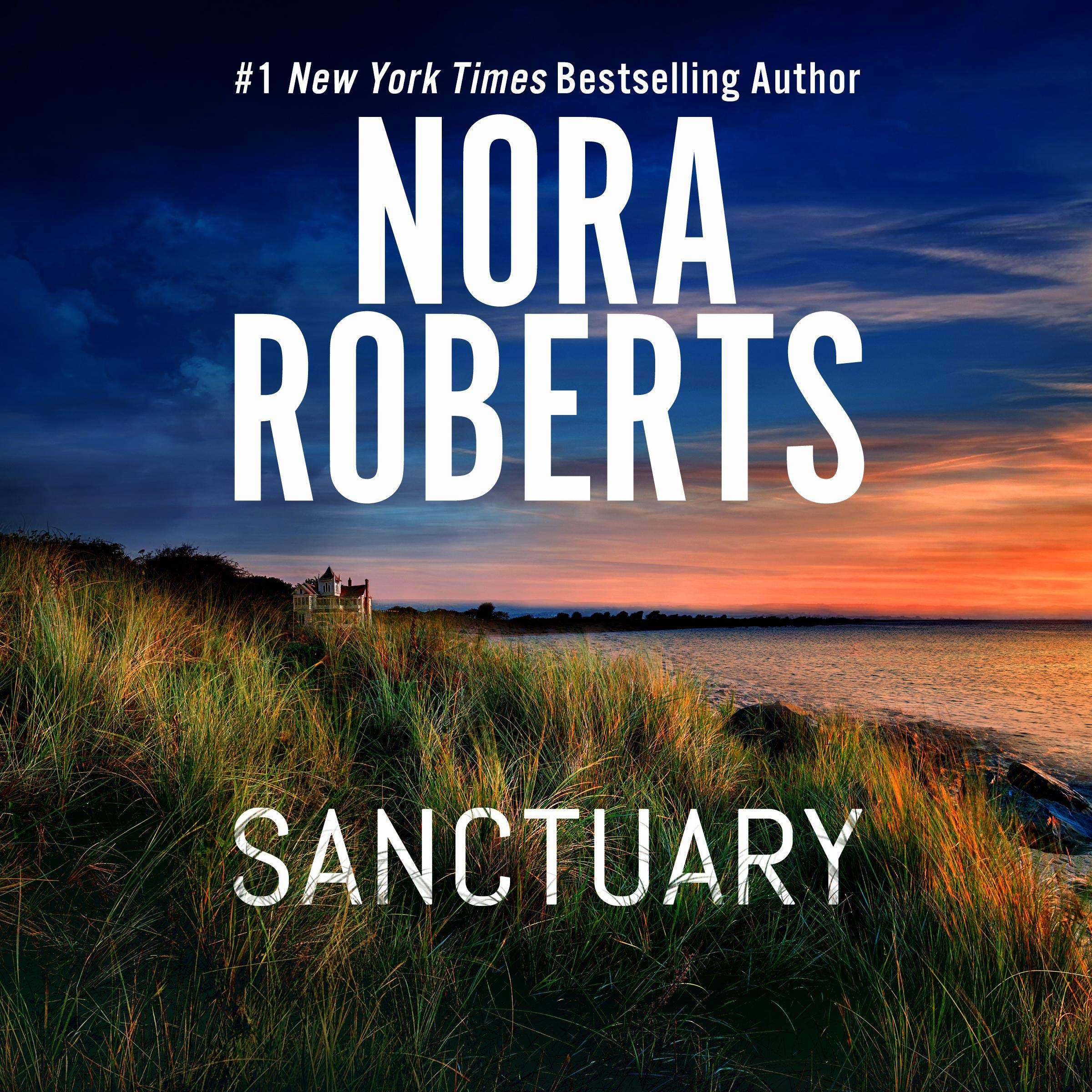 Successful photographer Jo Ellen Hathaway thought she had escaped the house long ago. It was where she spent her loneliest years, after her family was shattered by the sudden, unexplained disappearance of her mother.

But now, the sprawling resort off the coast of Georgia haunts her dreams. Even more haunting are the pictures that someone is sending her - strange close-ups, candid shots, and finally, the most shocking and heartbreaking portrait of all: a photograph of her long-lost mother. . . naked, beautiful, and dead.

Jo realizes that it's time to return to Sanctuary. The island inn, still run by her estranged family, brings back painful memories and the troubled relationships she struggled so hard to escape and forget. But it seems that her stalker can even breach the safety of this tiny island, where everybody knows everybody - or thinks they do. And Sanctuary may be the most dangerous place of all.

View on Amazon
I’m a huge fan of Nora Roberts / J D Robb. I have almost every book she’s ever written. I’m going back through her older ones now, waiting for a new release. This one doesn’t even seem like she wrote it. Where are the witty characters, the interesting cast of players she so wonderfully weaves her mysteries around? I barely cared for the main players; everyone seemed to have a bad attitude or chip on their shoulders and were so disconnected. I liked a few of the secondary characters but there wasn’t enough of them to make it interesting. I literally skipped pages to just get to the predictable ending. That is something I’ve never done with any of her books before.

At the age of eighteen, Jo Ellen Hathaway left her home, called Sanctuary, that resided on Lost Desire, an island off the Georgia coast. Now Jo is twenty-seven and a professional photographer. Recently someone has begun sending her disturbing photos of herself. She was being stalked. But when Jo receives a photo of her mother, clearly dead, Jo breaks down. Her mother, Annabelle, had deserted her family and left two decades ago. At least, that is what everyone believes. Yet when Jo gets out of the hospital, the photo of her mother is gone. Unsure if it were ever really there, Jo runs from New York to the only safe place she can think of to recover, home to Sanctuary.

Upon arriving, Jo finds little has changed. Part of Sanctuary is an inn. Her father, Sam, still resents every visitor that messes up his sandy beaches. Her cousin, Kate, still takes care of everyone. Her sister, Alexa, is still dreaming of performing on Broadway. Giff, the handyman and longtime friend, still loves Alexa. Her brother, Brian, still takes care of running the inn He has become quite the chef.

As Jo settles into island life, keeping her troubles to herself, she realizes some things do actually change. Kirby has grown up, gone to medical school, and came back to be the island’s doctor. And sometimes life throws in a surprise or tow, such as Nathan Delaney visiting Sanctuary for the next six month. He has spent a summer on the island when he was only ten-years-old. Gone is the too skinny boy though, replaced by a strong, handsome man who slowly sneaks his way under her skin.

Yet Jo’s problems do not stay in New York. Her stalker has followed her to the island. It will not be long before he will take Jo away from everyone. He intends to shoot lovely photos of her before he closes her eyes forever.

***** FIVE STARS! Author Nora Roberts has created a romantic, yet chilling, tale involving family ties, love, and murder. Be warned that there are graphic scenes. The author mainly follows Jo, but all the other characters mentioned in my synopsis are as well. Even the stalker/killer is followed and readers watch him kidnap, rape, and kill women. Again, consider yourself warned.

Set upon a luscious island with sandy beaches and dense forests, this novel kept me engrossed from the start. I stayed up well past my bedtime. I simply had to know what happened next. But sometimes, sleep is over rated. *****

This one was a clunker. Drawn out, uninteresting, I could go on and on. Like I said and if seen any of my reviews I love her work, truly do. This one however is one to skip, drags and drags. I couldn’t wait to get to the end so I could put it down. Yes, the ending was a surprise but I could have cared less by then.
Do yourself a favor, read Nora Roberts but take a pass on this one!

This is one of Nora Roberts' older stories (from 1998) of a woman (Jo) who returns to her home on an island off the east coast – to a dysfunctional family: father, brother & sister. Their mother deserted them when the siblings were young, and the family never emotionally recovered. Heroine is a photographer, and having nightmares that make her think either she’s crazy or her mother is dead, murdered. Hero (Nathan) comes from seemingly normal family, but he’s lost them in the past year or so to accidents. He's come back to the island they visited for a memorable family summer to alleviate his ghosts. Scary story. A masterfully told, but rather dark tale.

A photographer comes home for a much needed rest. Her father, brother, and sister do not really put out the welcome mat for her. Memories of a summer twenty years ago haunts all of them. A childhood friend visits the island and reveals secrets that happened twenty years ago.

This was one of the best stories. I kept guessing who the murderer was. I sure thought it was Nathan through most of the book. I like one that keeps me guessing. It makes me want to not put the book down. I'm ready for another good read from Nora Roberts.

This book is incredible. You can’t stop reading. It’s one scene after another. The past collided with the present. Lives hang in the balance as a murderer stalks a tiny privately owned island. Everything hinges on family ties. A twisting-turning mystery.