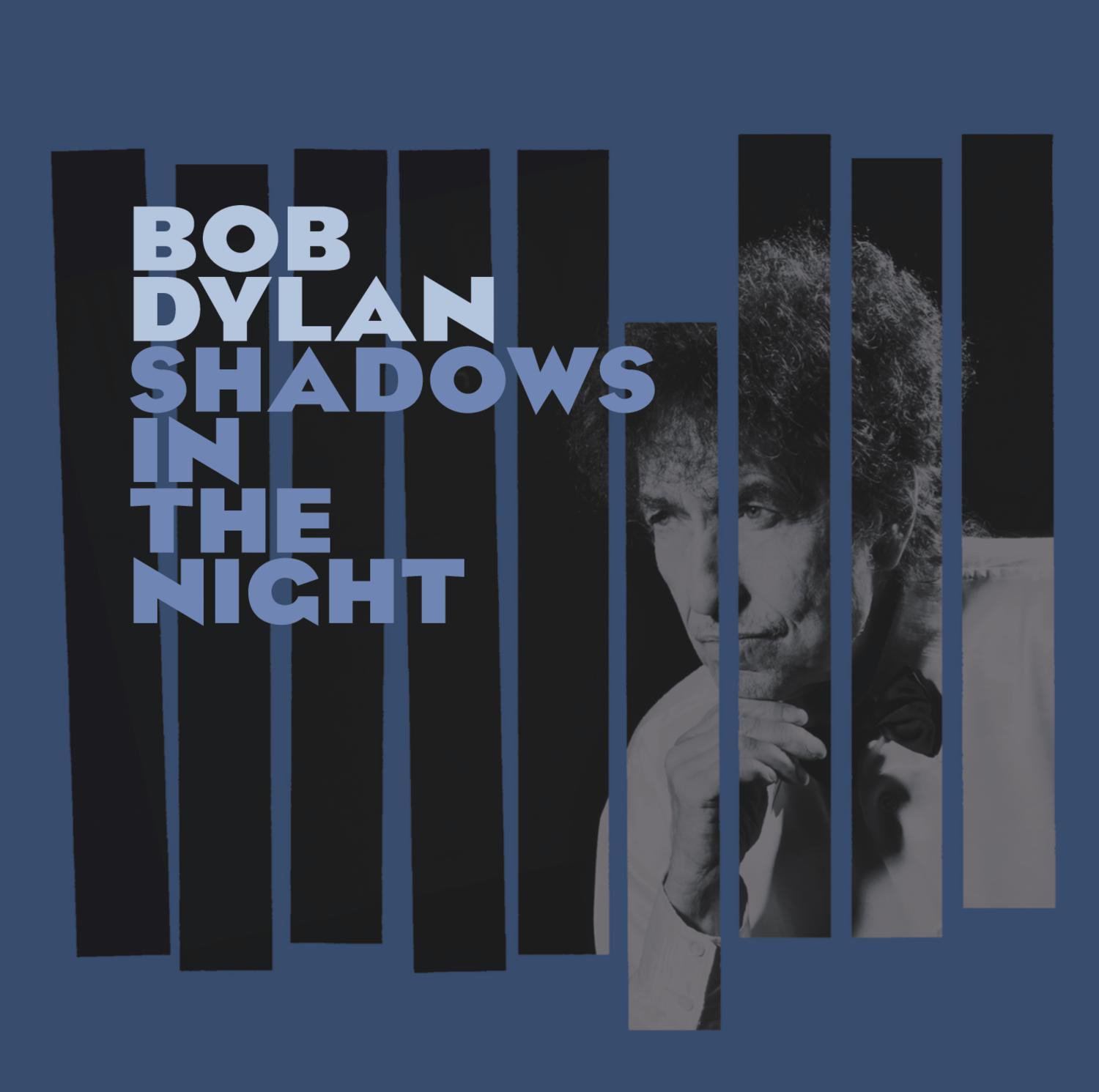 Shadows in the Night

View on Amazon
I did not react too good to Bob Dylan as Sinatra-like crooner, although I gave it a shot as I like to think of myself as musically open minded. I've kind of worked backwards with his most recent trilogy, starting with Triplicate, and then moving on to Fallen Angels. Finally, I recently made it to the first album in the trilogy, Shadows in the Night. What at first seemed odd, out of place and wrong, now seems so perfectly right. I just didn't like Dylan in this guise because his voice it seems was always suited to raspy, bluesy, earthy rock numbers. His unique voice is perfect for that. But not for the Great American Songbook material he's been doing recently. I thought (perhaps mistakenly) that you needed a pure, beautiful, golden, old fashioned crooner voice to do this stuff justice. You know, Sinatra, Dino, Ella, Bing, Judy, and the Divine Sarah. Dylan's voice would seem out of place here, and he does sort of miss the notes in a way that sounds like someone who can barely sing. But I kind of knew that if I gave these recordings more time and listening space, I might be able to get them. And I was right, big time.
Dylan uses his ragged and torn voice to not just caress these tunes, but inhabit them. Get into their very fiber and core. Find out what makes them tick, and then recreate them all over. And you can have the most ripped up voice in the world and still make these songs magnificent. It takes two things: genius and care. Bob certainly has the genius, and after good, hard listening you see he really cares about this music deeply. It's not a sort of "Oh this worked great for Rod Stewart so I'll try it too" thing. Rod has the fantastic voice but just doesn't seem to care much in the music. Dylan knocks it out of the park. I am constantly amazed when an album by Bob that I didn't seem to get and thought was subpar or terrible, turns out to be, after time and care, really good if not really great. Chalk Shadows in the Night up on that very long list.
You don't see musicians like this come along every day, and Dylan's like won't be seen again for maybe a hundred years or more. If ever. So this is precious stuff. Pick it up and swim in it's melancholy. It's worth it.----------PEACE

When I first read that Bob Dylan was going to release a CD of covers of Frank Sinatra recordings, I shuddered. Although I love Tempest, his voice is, to be honest rugged as hell. And, I wasn't sure how he'd sound on the Sinatra standards. Then, I read that he wasn't going to do the best known Sinatra songs, but some of the lesser known songs - at least to today's music fans. Once released, I sampled it on Amazon before buying. First, as noted elsewhere, Bob's voice is clearer than it has been in some time. He does a great job on the songs that he has chosen. I particularly like Some Enchanted Evening, Autumn Leaves and That Lucky Old Sun - possibly because I am most familiar with them. Listening to them, I feel that Dylan loves these songs as I do. Other reviewers have noted that these songs and this album are for "older listeners". I disagree. They are for anyone who enjoys great music. I've always been amazed at those who want to typecast Bob Dylan. I have friends who say "You can't understand his lyrics, they're too abstract." Obviously, they're only talking about the three albums in the mid-sixties [possibly his greatest] when he did use such poetry. Or, they'll still label him as a "protest singer". Funny thing, even on his two "protest" albums, there were brilliant love songs that no one realizes are among the most loving songs ever put on vinyl. While this album may not be everyone's cup of tea, it is brilliant. Thank God we have artists who are willing to take chances, and produce an album of music they love.

I didn't read all the reviews: it's kind of easy to anticipate the whole spectrum of praise and disdain, though once in a while someone has something really interesting to say. Anyway, I listened to Sinatra's original versions of these songs - he did have a beautiful voice, like a cello, as Dylan pointed out, but silky and soulless, and the Las Vegas-style arrangements make you cringe. But that was what entertainment was then and what it is now and always will be, masturbatory, meaningless. Dylan found the inspirational current of each song, and it's really more a tribute to the songwriters than it is to Frank Sinatra. This is true I think of many songs on his first album, quite different material obviously, where he kind of instinctively captured the essence of Woody Guthrie and Delta blues songs. People point out that he stole Dave Van Ronk's version of House of the Rising Sun, but actually Van Ronk's version, like Leadbelly's, lacked the raw emotion that undoubtedly inspired the song.

"Time Out Of Mind" is still my favorite Mr. Dylan release. I've enjoyed most everything since that '97 release. "Shadows In The Night" is not bad, it seems to be well put together and produced. It just isn't what I'm going to play over and over, like I do "Time Out Of Mind". I've not read up on what Mr. Dylan was trying to accomplish with this effort, but in my opinion, Bob has earned the right to do whatever he wants musically. He's the artist and deserves the latitude to Xplore other musical interest other than that particular sound that I tend to gravitate towards. If you happen to be a fan of Mr. Dylan and also like music in the vein of Frank Sinatra and the like, then this is for sure something you might want to give a listen to. I personally would have loved to hear more of "Tempest" '12, but I congratulate Mr. Dylan on taking the tyme to do something he wanted to do that was different than what he was Xpected to do. Maybe it will earn him some new fanz who hadn't ever listened to him before.

Bob's recent Royal Albert Hall gig was stunning. The lighting was particularly nice; it generated a strangly 'club-like' atmosphere on stage. His band were top class as you'd expect. He did many numbers off this album and in concert these songs were unusual for Bob but went down very well indeed. However listening to the songs at home on the CD without the atmosphere was a bit disappointing. The songs could be criticised for being a bit morose perhaps. Good for posterity though for sure. Added later: I've just listened to this again over dinner with my wife with candle-light on the table and it transported us back to TRAH. Absolutely fantastic and I've increased the stars to 5 from 4 ! In a week when we're losing those who have sung the soundtracks of our lives (sorry about the cliche), David Bowie and so may other pre-deceased heros, treasure this album if you care.

I've collected every album by Bob in their various formats since 1964 and have always enjoyed the changes of style and various presentations of folk, rock, country, blues, ballad and Christmas songs through both the recordings and the dozen concerts I've attended but on hearing the pre release sample track from "Shadows in the Night" I had reservations that this album would do it for me. I however took the plunge and ordered the album pre release. I received it on the day of release and have thoroughly enjoyed the album during several listening's. My particular favourite of the album is "That Lucky Old Sun".

Very listenable and bears up to multiple plays. It has a warmth that has been missing from some of his recent work (Together through Life and Tempest) but bravely interprets the work for a 4 Piece and shows what many already suspected, that Dylan's mastery of phrasing owes much to listening to Sinatra. This is no cash in in on an easy sale of the Great American Song book, this is a very strongly put together and heartfelt album. Rumour has it that there is another album's worth of material and I hope its released.

I like Bob Dylan, always have. Saw him in the Albert Hall in 1966 when he came to England and was hooked. But unfortunately this CD is terrible. It just reminds me of being in a pub where there is the 'local character' who has had too much to drink. I've played it a couple of times but I won't be playing it again. Such a shame

Tremendous interpretations, renditions of established songs. A real tribute to the songwriters and Dylan's own ability to move the listener.

This won’t go down well with many Dylan fans........but I would happily buy anything the man decides to record....been hardcore obsessive Dylan worshipper for 40 plus years..

I have been so surprised by Bob Dylan's latest albums, I have only just started buying a few and really enjoy hearing him again after all these years and his songs are often so surprising as always.

Dylan could sing nursery rhymes (and he'll probably do just that for his next album!) and I'd love it, so this review is hardly impartial! Although I'm not familiar with most of the songs, it didn't detract from my enjoyment. It arrived one morning at 7.30 am and i put it on immediately. It was so soporific that I almost went back to bed! Listen to it in the evening when you are feeling mellow. A delight!

I was worried that this was a colossal misjudgment by Dylan but happily it ain't so. The style is distinctive and the performances are enjoyable even if this isn't simply an album of great performances of great songs but of Dylan performing great songs surprisingly well.

As a big fan of Dylan since the early seventies I had to have this CD and although very different for him it is wonderful and Dylan as usual sings from his heart.

I'm not a fan of old time music and I hate nostalgia, which I know this isn't meant to be. I'm just can't take this on board. I'm sure the songs here are good in themselves: It's a purely subjective thing on my part. And I'm sure he's singing this stuff well but I just can't like this album. Recent old time stuff of his I found surprisingly likable, but not this one. How the hell then do I give this stars, seeing that it's good but not to my taste?

Bought for my brother who said its a brilliant CD!!

Thought it was absolute garbage. Should have checked this CD out more.

Hmmmm. Some good bits. Some not so good. But it's Bob. Better than no Bob.