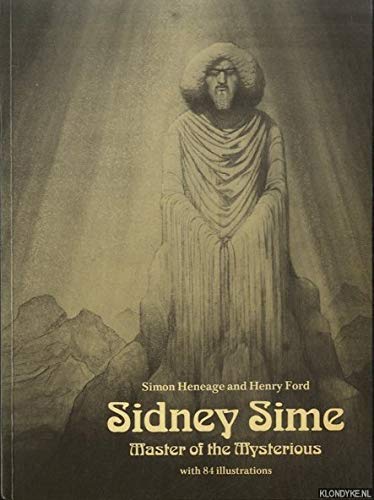 Sidney Sime: Master of the Mysterious

Sidney Sime (1867-1941) was an artist whose best work was comparable to that of Aubrey Beardsley, Arthur Rackham and Kay Nielsen. His mysterious and fantastic illustrations were published in the well-known weekly and monthly magazines of the turn of the century such as 'the "Strand', "Pall Mall,' and the 'Idler,' and were considered sensational at the time. He was also a graphic humorist, theater designer and book illustrator whose long and harmonious collaboration with Lord Dunsany, the Irish story-teller and playwright, was uniquely creative.

Sime had a meteoric career...he rose from pit-boy to artist in the space of a few years...and made his name in London largely as an illustrator though he was also a painter of distinction. Among his friends and colleagues were Augustus John, Max Beerbohm and Frank Harris. In the latter part of his life, however, he disappeared from public view, becoming a recluse in his country house in Surrey.
View on Amazon
There is not a lot of Mime's work book. Too bad the printing is average here. You may find better reproduction on the Web of a lot of the pictures of the book. Positive point: the fan will have a reference book for beginning.

As many pictures as words, it's the perfect art book.