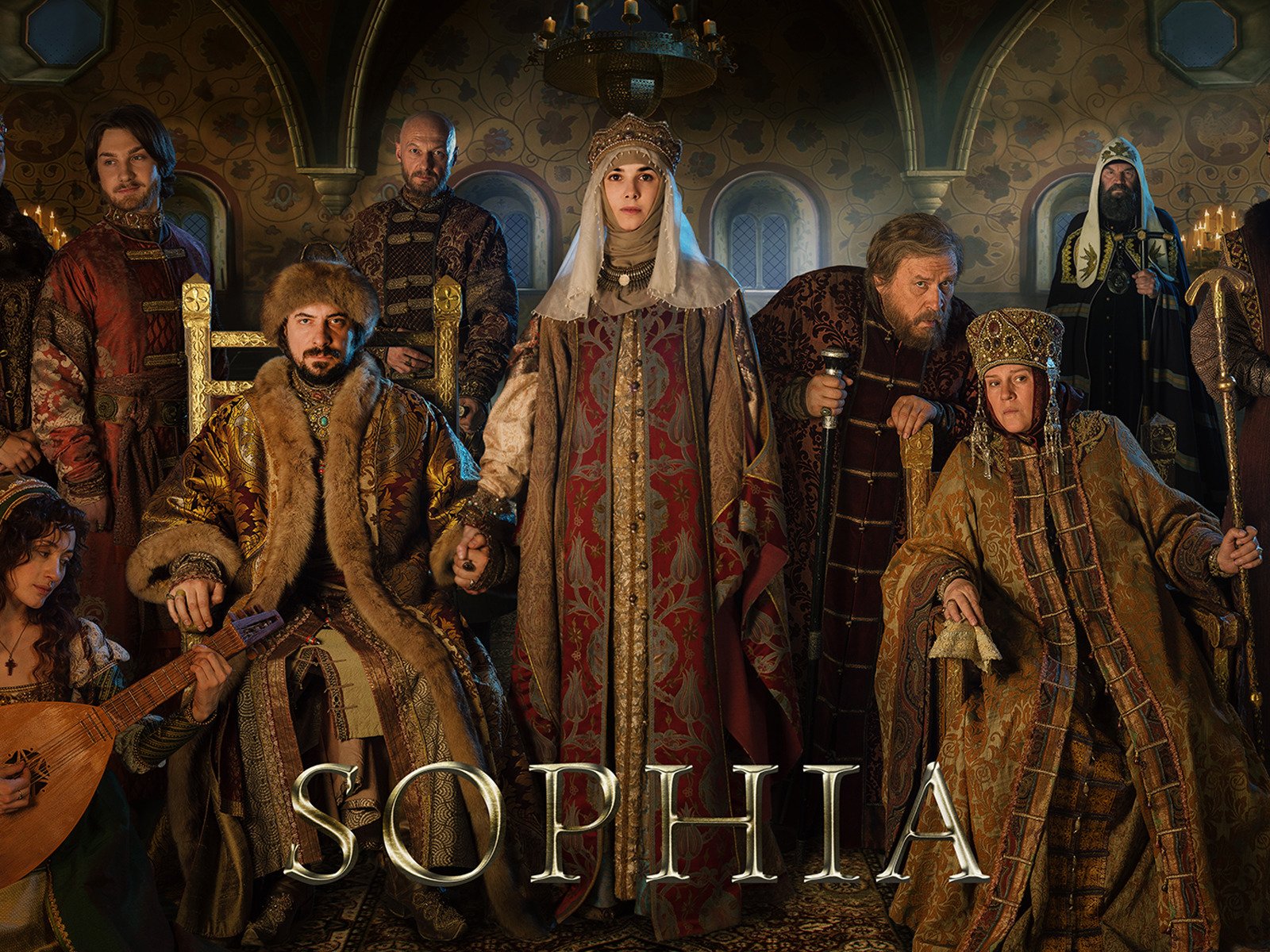 View on Amazon
This is one of the most visually beautiful historical dramas I've ever seen. The settings are magnificent and the costumes are amazing. The acting is generally quite good and the English-language subtitles are always comprehensible, despite a few grammar errors.

However, beyond the most basic aspects, the history is twisted beyond recognition, mostly to make Sophia and Ivan III look more heroic. Sophia's brother was a wastrel, but he didn't try to have her kidnapped so he could sell her to a man he owed money, nor was he killed trying to steal from the Russian Treasury. She and her stepson Ivan the Young were rivals for Ivan III's favor and Sophia made several political mis-steps, including giving her niece jewels that belonged to Ivan III's first wife and that Ivan the Young inherited. There is also no evidence that Ivan the Younger's wife Elena practiced magic or poisoned her husband and tried to frame Sophia.

But if you watch it as historical fiction, you should definitely enjoy.

There are torture and battle scenes, but not HBO-style lingering on the details. Very mild sexual content.

I loved this enough to watch it again. There are many comments by reviewers who know Russian and Russian history and they can fill in where things slide considerably. Ignorance being bliss lead me to enjoying this completely, even though it was easy to realize that Sophia's unstained character was approaching being over the top. The visuals are truly rich with lovely honey-colored light gracing many scenes. The costumers and set dressers had an especially good time putting this together, although the paint jobs seemed a bit rushed and many of the costumes seemed not to belong to this era, but they were opulently fabulous anyway. If you can tolerate some of the inauthenticities, you can loose yourselves in the lushness of the visuals

Amazing eight episodes. The acting, costumes, direction, everything is wonderful. Keeping up with the English subtitles was a challenge, making it feel too fast paced in certain parts, but I could learn Russian I guess. Want more.

Great acting, great production values. As a historian of the period and a fan of the historical novelist C. P. Lesley, who writes fiction set in Russia at around the same time, I was delighted to see this series appear with English subtitles. As another reviewer noted, the series is better viewed as historical fiction than as history (events are moved or compressed; some things didn't happen as portrayed or at all). But since most Americans and even Europeans have little exposure to this fascinating culture, this is a good place to start. It gives real insight into the society even as it entertains. Think of it as the BBC's "Victoria," but for Moscow.

I enjoyed the costumes, the acting, location and story, The history is a bit off but it isn't a documentary so I can't really complainn. I wish it was dubbed as I missed a lot of the visual parts but I can watch it again if I want to.

I've only watched the first one, but so far it is quite good. This deals with a time in Russian history that most Americans know nothing about. We are by far more familiar with the history of the English and French and somewhat the Spanish and the Germans. It's about time we learned a little Eastern European history. I'm sure there is plenty of fiction stirred into the history and I'll have to read more about this time to be able to tell the difference, but then, that may be a very good purpose for an entertaining mini-series.
I happen to like subtitles and have become so used to them that I turn on closed caption even with the English programs so I was not put off by the reading. The Koreans learned to slow their dialogue down a little to allow people to keep up with the subtitles and the Chinese are getting better at it every day. I'm sure the Russians will catch on too but some people will never be happy until something is dubbed and they don't know how much they miss!