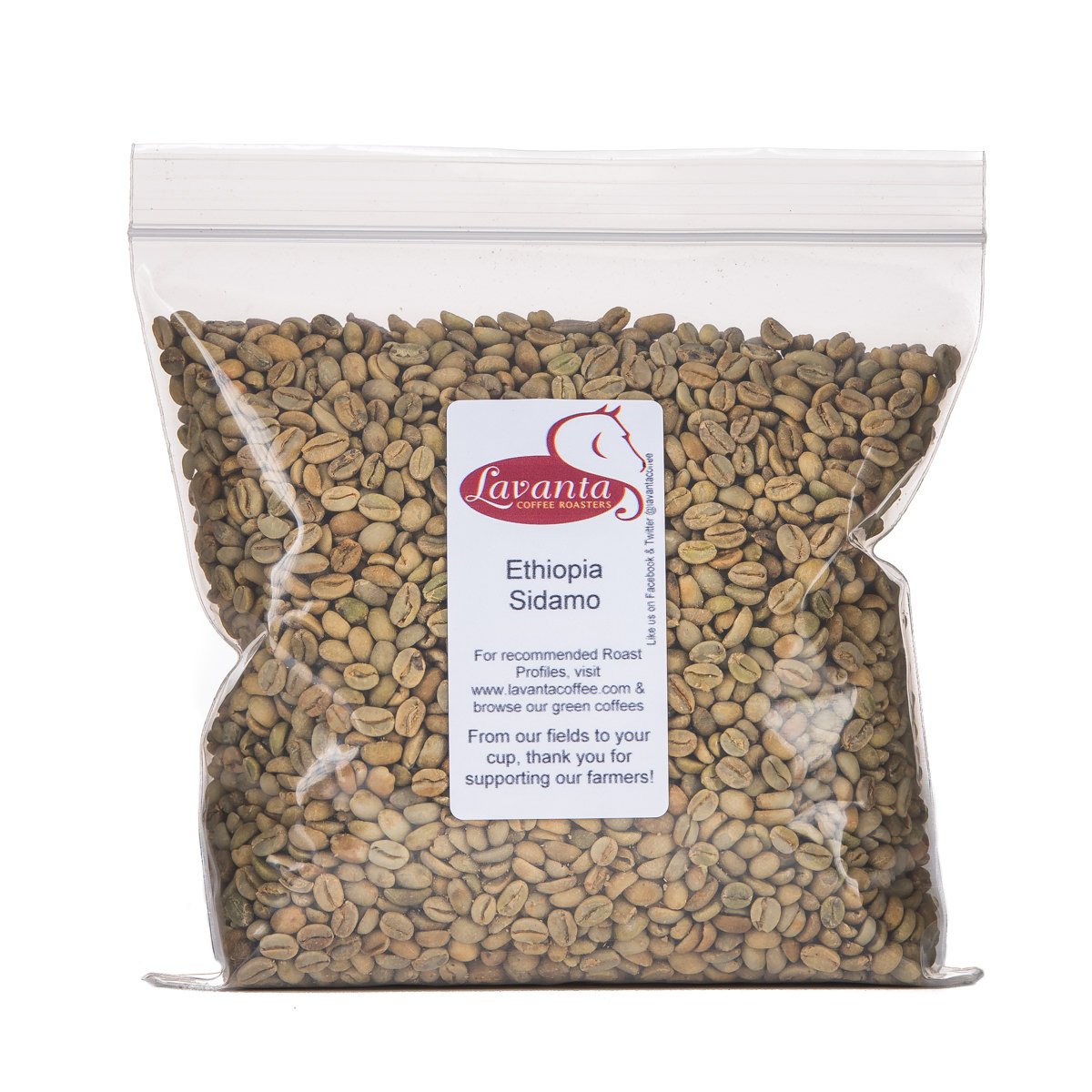 View on Amazon
Because I like the quality of their coffee so much, I did a little research into the company and was pleasantly surprised by what I learned: Lavanta cares earnestly about how their business is run as well as and about the health, education and prosperity of coffee farmers and the environment. Lavanta takes initiative and gets involved to make a positive difference; for example: Bringing teachers/schools to a village so family can stay together and get a good education; Setting up business cooperatives in villages which fully benefits the community; Planting 1,000 trees (for every container of coffee sold) on government preserves which had been clear-cut by industry; Funding environmentally responsible infrastructure projects such as bringing water into villages so the women in the villages don't have to walk 4-5 miles every day with heavy jugs of water on their heads. It's obvious that Lavanta cares about bringing a high quality product to market in a way that is not only a win for their customers and a win for their business, but also a win for their suppliers and the environment! I was so happy learn about this that I wanted to share.

Roasts up to be very tasty coffee. Fast delivery. Some of the beans were on the smaller size and more round-shaped than usual, almost like peaberry. I'll buy again

I always have on hand a Kenyan or Tanzania bean. If you like beans from Mt Kilimanjaro these peaberry won’t disappoint you; it has a bright clean smooth favor void of bitterness or grassy hints. I’ve placed 2 orders and been happy with both shipments. My 4 photos show 5 roastings between light (ending of 1st crack) and dark (30+ seconds into 2nd crack with some oily sheen).
My only note of many marked as excellent was pulled at 10 minutes at 435° laser probe and 20 seconds into 2nd crack (this reading of a pair of red laser beams at the bottom of a smokey Whirley popcorn popper are an approximate reference point). This temperature and duration in 2nd crack has been repeated several times. However, on one occasion that I can’t explain I couldn’t get the beans after a reasonable time to enter 2nd crack and pulled them before my impatience grew; this has only happened once before and that bean was a peaberry too.
My 4 pics of different roastings all use a Stainless Whirley Pop on a Bayou Classic cooker.
1.) light roast, my note indicates a single first crack at 6:10, regular random 1st cracks 6:30 at 380° (laser probe, ¿calibrated?); dumped at 7:30 & 415°
2.) Med+ roast, pulled at 410°+, these are darker than a batch pulled at 415° (laser probe was more or less accurate one of the two times)
3.) Dark w/med roast, pulled at 430° and 30+ seconds into 2nd crack
4.) light to medium roast, pulled at 415° and medium to dark roast, pulled at 435° and 20 seconds into 2nd crack. I often blend a mixture of two roasting unless one cups really well.

UPDATE: after allowing some of the coffee roasted with the Nesco roaster to sit for a few weeks in an airtight container (while I enjoyed some different coffee), a funny thing happened that I wasn't expecting and have never experienced before: the coffee got better. Dramatically so. So much so that I really enjoyed it. Maybe this "aging" process is something that frequently occurs but that I've just never read about, but whatever occurred, it ended up taking fantastic.

That earns a swift and well deserved upgrade from 2 stars to 5!

ORIGINAL REVIEW: I've been slowly getting into home coffee roasting after a friend with a Nesco home roaster let me sample several of the coffee's he's done, which he's purchased on Amazon from Lavanta. A Kenya blend he had was simply outstanding and sold me that home roasting was something I had to try.

Traditionally, I've always liked Sumatra medium/dark roasts. I purchased Sumatra Peaberry as a way to roast something I was already familiar with from many other coffee companies, hopefully to give me a baseline of how Lavanta's coffee measured up.

I started with an air popper (ghetto garage style) after reading many online reviews, tutorials, and opinions on this process. The roasting process was simple and the beans roasted beautifully. I turned off the popper right as 2C started, and immediately cooled them down to stop the roasting process. Waited 24 hours for them to off-gas and then got ready to try it. The beans smelled great. I used my hand-crank burr grinder to grind them for my AeroPress and the grounds smelled great. I made it in the usual manner and they bloomed right up - or even more so than I expected. First sips were decent, but really didn't blow me away. I finished my cup with mixed feelings, but just figured I could adjust the roast for the next batch.

The next day I went to make another cup of coffee with the same fresh roasted Sumatra Peaberry, and I don't know what happened in the beans, but I literally couldn't finish the cup. It tasted very ashy, and almost...sour?

I tried a couple of other batches of roasts and never had the same experience with it tasting "sour", but never achieved anything other than average-at-best 7-Eleven mini mart style coffee. I had about 1/2 pound left and asked my friend with the Nesco roaster to roast up the last of it so that I could at least compare THAT roast against my air popper roast(s). It was marginally better, but not dramatically at all.

What I thought might have been the result of the ghetto air popper roasting process, I think actually was the batch of beans I had. I don't know if it was the Peaberry beans, or if it's their Sumatra blends in general. I'm not going to give up and want to try at least two other roasts before I give up on Lavanta, but for what it's worth, their Sumatra Peaberry isn't ever worth purchasing again if it continues to taste like that.

This coffee had so many defects that I had to hand-sort it and pulled at least an eighth of a pound out. There were also quite a few broken beans, many of which lodged into the mesh on my Behmor drum. Also pulled several almost white beans which makes me wonder how old the lot was that these beans were drawn from.

Bean size was not uniform at all which really makes me wonder what the providence of this lot actually is. It's almost like a collection of rejected beans that were sold off. Awful, will never buy again.

Update: the defects were present in the cup. A bit of sourness and a musty rather than earthy taste.