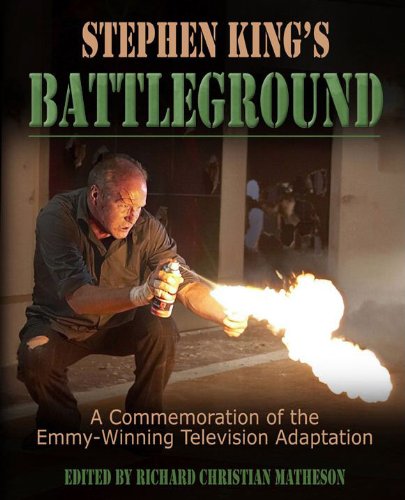 Stephen King's Battleground: A Commemoration of the Emmy-winning Televison Adaptation

Stephen King's Battleground is a definitive collection of Stephen King's classic short story with which was adapted for television by Richard Christian Matheson. The book begins with King's short story and then moves to R.C. Matheson's script for the opening episode of "Nightmares and Dreamscapes", which starred William Hurt and was directed by Brian Henson. Henson provides storyboards used for the episode which won two Emmy awards. The book will contain one signature (8 pages) of color photos from TNT's archives; photos never before released.

Those contributing to the book include: