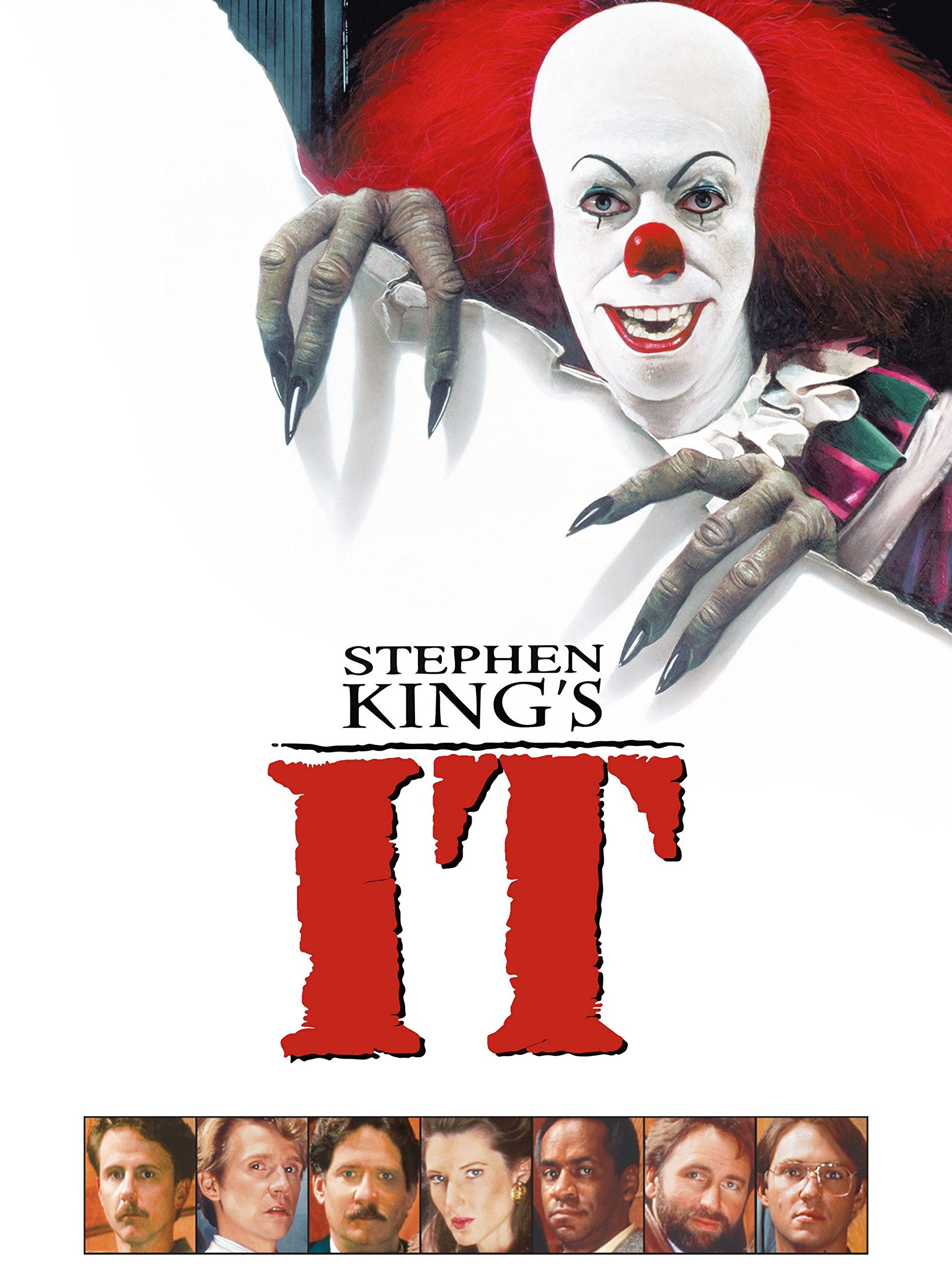 View on Amazon
If you buy/rent this to stream and watch it through your Prime, know that this is actually part 2 of the original IT, with "flashbacks" of part 1. Amazon doesn't seem to have the separate parts anywhere. And this is not clearly stated anywhere in the description. Lots of scenes from the first part I know are missing. Which is unfortunate. Makes it less scary. A letdown for sure.

I always loved this miniseries. But for the streaming version on prime they basically mashed the two parts together. So basically you are watching it from when they are adults and it is flashing back to scenes when they were a kid. Nowhere in the description does it say this. I feel completely duped. What a waste of money, because they completely ruined it by doing so.

Such a good film! I recently saw the new "It" movie so wanted to see the original TV version again. It was only a few dollars more to buy the Blu-ray which I could share with others. I had forgotten how great Tim Curry was as Pennywise in this movie. In the new film he's just evil, evil, evil while Tim Curry's Pennywise has a bit of comedy to him especially in that library scene which makes him all the more creepy. I also think Richard Thomas was excellent as Bill. The kids, though, were FAR better in the new film!!!

If you haven't read the book, do! The original miniseries didn't have the time to give you as much of the back story and history of Derry as the two newer movies will. Can't wait till the second film comes out!

If you're a fan of the book and/or have seen the new version of "It" you owe it to yourself to see the original miniseries so buy "It"! ;)

I wish the movie were not three hours. I had to rent it twice. That said, it's a great watch with awesome characterization, despite the bad 1990s special effects at the end. I'm glad I watched it.

Social commentary within the film: (Stephen King's characters are often partially wounded underdogs who need to pull together to beat society's bullying, or get revenge on bullies - think "Carrie"), but I liked the implication in IT that the monster is not just humanity's fear/brutality in general, but a particular form of society as in Derry.

"In some ways, this whole town is IT." (I wish this idea, stated near the end, could have been explored a bit more). The town's bullying, abuse of children, and bystander non-intervention when crimes or murders occur, certainly suggest that IT is the worst of human nature, not an otherworldly force. (Fear as the great shape-changer, etc).

Although the "We have met IT, and IT is us" argument works pretty well, the literal nature of the dead bodies in the sewer suggest that either there is an actual "IT" feeding on human life, or at least that (as in the case of Henry), IT is possibly completely non-corporeal and influencing humans to commit IT's murders for it. One oddity: during the battles, the duality of having to pretend not to believe in IT to reduce IT's power, yet having to fight IT materially is confusing, however. Not believing in IT's omnipotence I can see as a compromise. Yes, IT exists, but I make it stronger through fear, etc.

Morals seem to be: Pull together, you can't fight fear solo
You may conquer IT, but IT may come back. Pull together with friends again.

Random question...
Why is Derry a microcosm of something larger in society (fear/bullying/isolation), yet uniquely affected as a small town while the rest of the nation isn't? And does the town change after the events of the end?

I have not read the book, so perhaps the random questions I'm posing here are answered there.

Unfortunately I couldn't watch this one which replaced the same move that I received 5 days earlier. Both are defective, the audio on this one drops in and out right from the beginning. I use a Samsung model UBD-K8500 and have not experienced any difficulties with it; I've had it two years. I believe that the entire Lot or Batch that this movie was made are most likely bad as well. Cate at Amazon who assisted me today handled it quite well and rather than me return another defective movie to them, she said I could destroy this one and she refunded me the money I paid for it. Hats off to Cate for helping me out.

I read Stephen King's IT back in 1985 when I was 16 years old and it really scared me. I watched the mini-series when it first aired in 1990 when I was 21 and IT didn't scare me at all. The movie was hokey and overly dramatic. The kid actors were very good but the adult actors were mediocre at best. Due to it being on TV all of the graphic moments from the book were removed. Due to the length of the book much of the actual content was removed. So, is IT a good movie? In my opinion, not at all. Yet, I love this movie. Tim Curry, while not scary, was fantastically over the top in is portrayal of Pennywise the Dancing Clown. The kids really put their hearts into their roles. I have very strong nostalgic feelings for this move. I purchased the original DVD (the one you where you have the first half on one side and the second half on the other side) when it was first released and watched the movie at least once per year since then. Last week I purchased the Blu Ray. I watched it over the weekend. I must say the color and contrast of the movie are much better than the DVD. Not having to flip the DVD is also helpful. The movie is not in wide screen format, but that didn't bother me at all. There are no special features (other than commentary which was on the original DVD), which would have been nice, but there weren't any on the original DVD either. Overall, this really isn't a great movie....but it is great to me personally.

Just a heads up...when the movie is over with a death in the tub...MAKE SURE TO TURN THE DISC OVER SO YOU CAN FINISH THE ENTIRE MOVIE. Had I not seen it before, I would have assumed that was the end. It doesn't look like it will play and it certainly doesn't tell you to do this. But turn the disc over and play it so you can watch the entire movie.

This film is about a group of boys haunted by a sort of ghostly clown figure,later on in part 2 of this film it features them all as adult men and the ghostly clown still haunts them.It's a bit like the nightmare on elm street film,where the children go to sleep and they are killed or haunted by a monster like human.This IT film was made for television in the 1990's and made in two parts so it does go into the children's back story a bit more.Watch this IT film first then the recent film version! This is quite a gory in places too.

Love this film so much better than the remake

Brilliant !, not bother with the 2017 movie , its rubish and has next to tbinging to do with novel plot , what it did have was wrongband said by the wrong charactors - a right let down