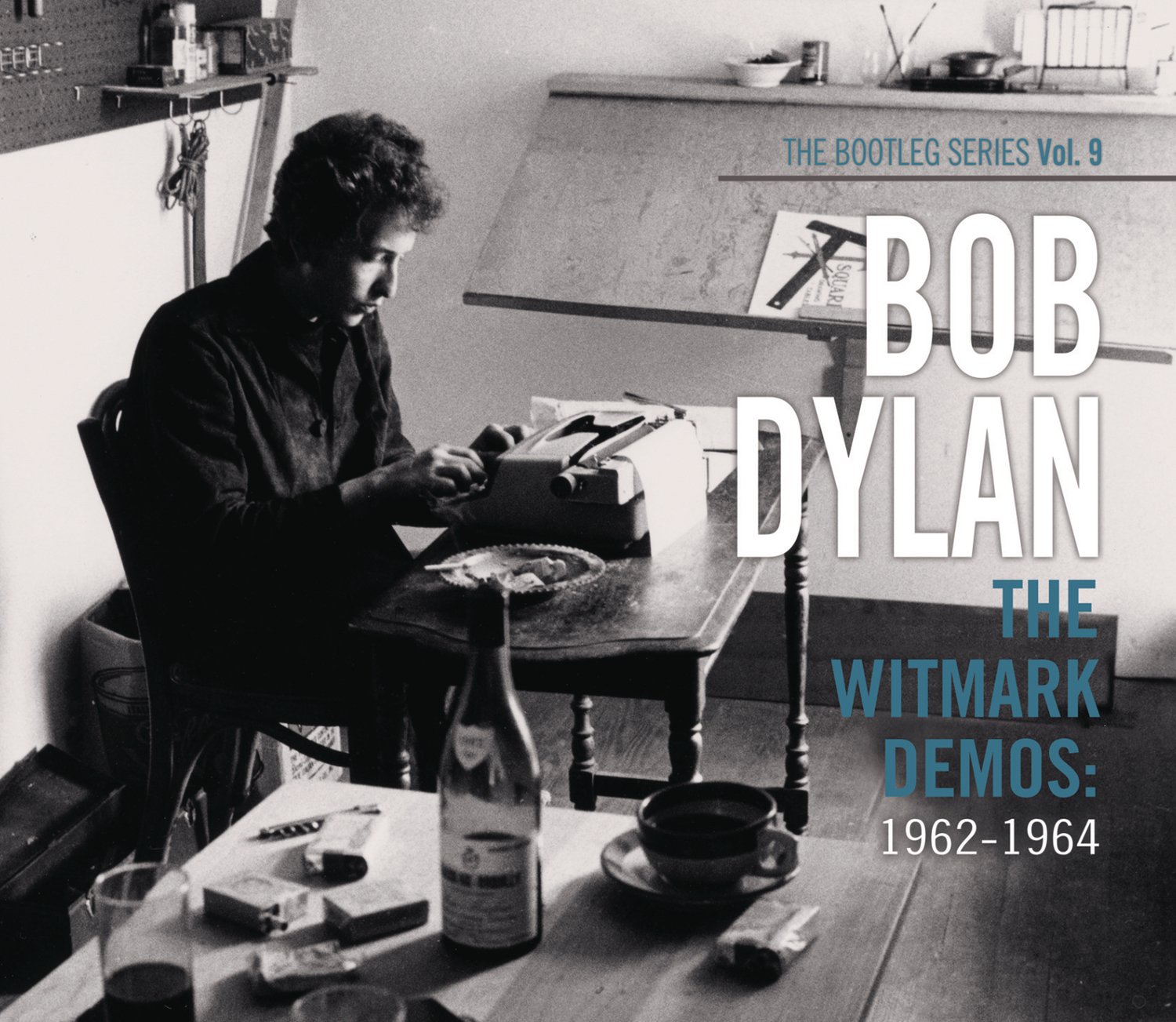 View on Amazon
This is one of my favorite Dylan albums. What you hear is very close to what you hear on the albums you purchased way back when. The Witmark Demos were some of Dylan's first recordings into the music world and what I consider his jewels. This is a GREAT addition to your Dylan collection. You won't be unhappy to have it

This 4-record box set of many of the Leeds and Witmark demos is full of all kinds of good old songs. Songs like "Tomorrow Is A Long Time", "Gypsy Lou" and others have amazing power and poignancy as do so many of the traditional folk songs on the collection. Dylan's singing is particularly good when he plays piano. It is nice to hear more original, stripped down recordings of familiar songs that were released and Dylan sometimes continues to play in performance ("Masters of War,", "The Death of Emmett Till" and others). The seller didn't indicate the density of the records but they seem to be fairly thick and heavy (probably not quite 200 grams). The seller also described it as "used" and "factory sealed." Hmm. I wonder what it was used for.

I'll start with the bonus disk, "Bob Dylan in Concert, Brandeis University, 1963"
This flat knocked me out. His voice is from "Free Wheelin'" and you've heard all the songs -- but you've never heard him like this. Dylan lets it rip like he thinks he's Little Richard. Out of control and all over the place on "Honey, Just Allow Me One More Chance" or "Bear Mountain Picnic," then spins around on a dime and delivers the most chilling performance of "Masters of War" ever. The versatility that allows him to do this, and take the audience with him, is just plain awesome. It's the most amazing performance I've heard by any artist.

The demos would easily equal the thrill of the of the Brandeis concert if sound quality was up to par.

"Mr. Get Real" nails it in his review on this page:

"Many of these songs sound far better on the most recent bootlegs that appeared in the past year. Too much noise reduction has been used on this offical release."

There are a surprising number of good songs here I've never heard before, like "Gypsy Lou," "Whatcha' Gonna Do?", "All Over You", "Baby, I'm in the Mood for You," etc. But even the ones you know he attacks from a different angle, often with more sincerity and emotion than the official releases. I'm with "Mr. Get Real" on "Boots of Spanish Leather" and was grateful to see him confirm my impression.

This should get four stars because of the sound, but it's so essential you'll buy it anyway. I give it five-plus stars for the artist and his performances. We are unlikely to see another young Bob Dylan for a long, long time.

A collection of Bob Dylan's demo songs. Part of the bootleg series and a must for serious Dylan fans.

What really peaked my interest, causing me to jump into this seemingly endless bootlegged series was the song "I'll Keep It With Mine," which Britta Phillips did with intense exquisite passion and grace, on their release 13 Most Beautiful: Songs For Andy Warhol's Screen Tests, and is now doing live during Dean Wareham's Galaxie 500 tour. With this being the first time many of these songs have surfaced, I sat right down and queued up a whole host of interesting numbers, including a very introspective version of "Mama, You've Been On My Mind," and "Mr. Tambourine Man," where his imagery and abstractness seem all the more pointed.

Of course these aren't the most well recorded tracks, even with the remarkable cleansing process they were put through before being released. Never the less, one gets an insightful vision of what was circulating in the head of Bob Dylan, a mere ten or so weeks following the release of his very first album. Many of the tracks are very lo-fi in their nature, often Dylan opts for the piano rather than his guitar, and you can almost visualize him considering and changing these songs as they're coming out of his mouth. A number of the tracks, especially his talking blues forays sound sedated, mere shadows of what they would become. A real pleasure, and idea that I've always supported, was how much Bruce Springsteen's early demo sessions sound remarkably like Dylan in their structure, phrasing and development.

Dylan wasn't trying to prove anything here, these are just his initial takes on a large grouping of material. To be honest I'm surprised that he allowed a tape machine to be running, as these tracks were already cataloged in his head, this was just Bob, perhaps for the first time, allowing these songs to fully see the light of day, before he reworked them. It's important to maintain a sense of perspective here, an open mind, and even a sense of humor, because your gonna' hear some looser material back to back which songs that would become timeless classics.

As with all of this material, it's rather easy to dismiss, holding no lasting value, or repeated play interest. It's all sort of like standing on a wooden crate, rubbing the dirt from a smudged window pane, looking in and discovering that there's really not much to be seen, other than a young man, endlessly typing away, while adding the music to the words in his head. Of course I'm pleased to have had the look-see, but what is there to honestly say, just the dullness of an artist at work ... I'll take the finished product any day of the week.

This collection is 2 CDs of songs Bob wrote and gave to his publisher to be recorded and published etc. Many songs have been heard before (In different form) on his 1st few albums, but there are several songs that did not make release officially and are heard here for the first time. These songs are solo performed by Bob mostly just him and his acoustic guitar, harmonica and a few performed on piano.
This is a superb document of many Dylan classic songs that began as demos and became some of his most popular songs in the early 1960s. The booklet is a great read with some great liner notes and info.
The sound of the CD is a bit raw at times but these are demos and overall this is a worthy CD collection for any fans of Bob Dylan.
This set also included a bonus CD Brandeis University 1963. This is a raw recording of a concert Bob performed acoustically at Brandeis University back in 1963. Its a good concert that I played once, its not one of those CDs I would play often but it is a nice document of Dylan in concert from his folk era in 1963.

A great addition to the Dylan Bootleg series. It was bought as a present and was well received.

Really enjoying this window into the past.

One of the best bootleg albums by Dylan. Really enjoyed. Well worth the price.

This is a fantastic CD with some new tracks and great takes on some favourites. Particularly Spanish Boots, Don't think twice, Guess I'm doing fine, Long ago & faraway. Some really refreshing arrangements and great performance.

Dylan proves once again his outtakes our a 1,000 times better than most bands final cuts ,may he stay forever young

,,Wonderful glimpse through a great window in time, like millions i wanted more of Dylan than the paltry one CBS album so sought out every bootleg possible and found a lot of these songs,as others did,far better than released songs,more importantly the bootlegs charted his lightning personal developement/progression that the CBS deal could not.
I wish that all of these songs could have been released then, better now than never,as i gave my vinyl to oxfam, i finally accepted times had changed, this was a great leap backward for me. Best album Another Side Of. greatest song CHIMES OF FREEDOM. now that the price of cd has reduced its even greater value and an absolute essential addition to any Dylan collection. all the best mel walters