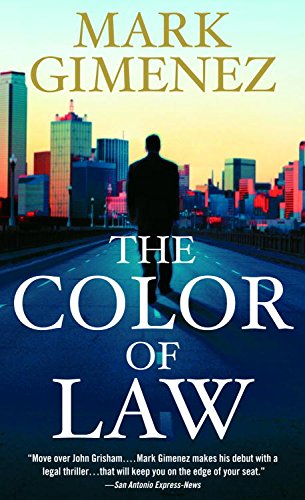 The Color of Law: A Novel (Scott Fenney Series Book 1)

In this riveting, unputdownable legal thriller, a partner at a prominent law firm is forced to choose between his enviable lifestyle and doing the right thing.

Former college football star Scott Fenney has worked his way to the top of the heap at the Dallas firm of Ford Stevens. But when Clark McCall, wayward son of a Texas politician, gets himself murdered after a night of booze, drugs, and rough sex, Scott is assigned to defend the prime suspect, a heroine-addicted hooker named Shawanda Jones. The powers that be want her convicted—and Scott’s future at the firm may depend on it. But unfortunately for Scott, Shwanada claims she’s innocent, and he believes her.