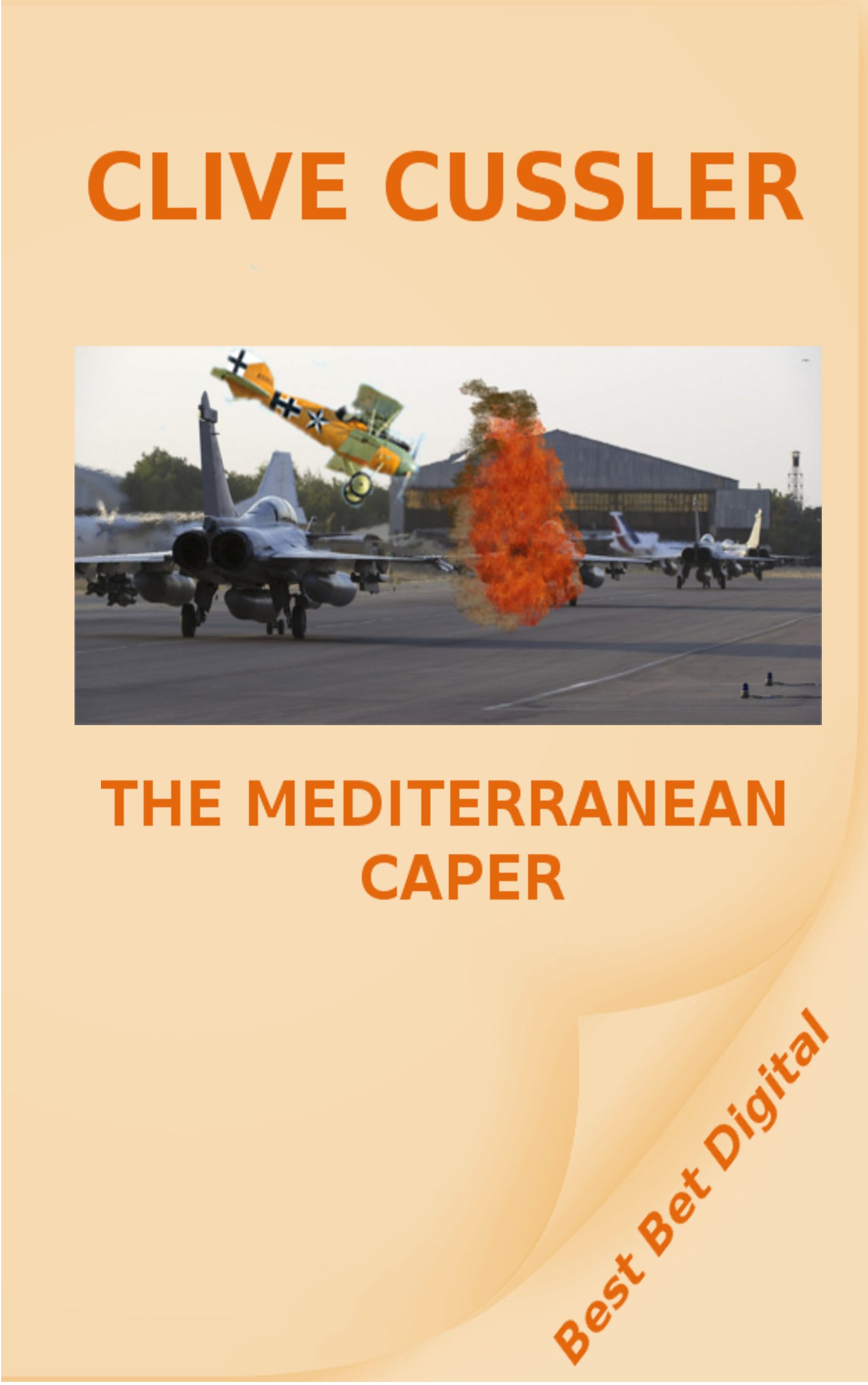 First novel in Dirk Pitt series introducing this heroic protagonist, who has an wide arsenal of skills ranging from hand to hand combat to inventive aerial fight pilot.
View on Amazon
I bought this after developing a taste for Cussler by picking up a few books here and there off discount racks. I recently read the entire NUMA files and decided to read Dirk Pitt's whole story too. Let me sum early Dirk up: Dirk the Jerk.

Let me understand this. You meet a sad woman, so you slap her across the face and she immediately wants nothing more than to sleep with you? Uh huh, makes perfect sense.

I spent most of this novel wanting to throat punch Dirk--and that's saying something, since I have read over a dozen other novels by this author and loved them.

I re-read a lot. I won't bother with this one.

I started reading this yesterday. Maybe I'm just a stickler for the details, but I couldn't get past the prologue and the first chapter. Glaring inaccuracies related to the aircraft mentioned, F-105 Starfire?. The F-105 is the Republic Thunderchief. The Starfire is the Lockheed F-94. Production of these two aircraft was separated by seven years, 1948 for the Starfire and 1955 for the Thunderchief. Then he gave the PBY flaps, which it never had or needed, and an aluminum exit hatch,which it didn't have either. Entry and exit was accomplished through the blisters on the aft fuselage.

I stopped reading and deleted the book from my Fire tablet. These are easily researched details. I don't even want to find any more mistakes in his writing.

Purchasing one of his books, for me, is too many.

It was better than some of the later Dirk Pitt novels. Clive Cussler had this fantastic way of making the adventures seem to go on forever, making it hard to put the book down. It's amazing to read a book written that way. I've been trying to read them in order if possible even though I read some of them before. I read so fast that I don't remember them after a few years. It's convenient. The later ones are not all as good because they tend to skip around from place to place and it gets confusing. This one was not like that. The quality depends somewhat on whether Clive wrote the book himself of another author teamed up with him. Some of the other authors are great too but not all of them. Clive wrote this one himself. Having it on the Kindle made it easier too.

This is one of the early Pitt novels, written in a time before political correctness. The dialog is dated and the treatment of women is right out of Mad Men and the 1960s. Everyone smokes, drinks, and shamelessly chases women. And the women love it. This is a fun read, but don't expect the plot to be complex or the action to be credible. This is an adventure with a clear hero and unambiguous villains. The dialog is almost comical while intended to be serious. Character descriptions are shallow and the story line, while imaginative, is hard to believe. However, I liked the book and I didn't have to bother looking for meaning or messages. This is pure entertainment with a black and white plot, black and white characters and good over evil conclusion.

Cussler started out with real flair for creating the Dirk Pitt series. Non-stop action, plenty of twists and turns in the mystery part of the plot, great historical inclusions, terrific marine biology and geology as well as early 20th Century seagoing and aeronautical craft information from the big wars of the era, and a good start at building the characters of Pitt and Al Giordino, as well as Gunn and Sandecker. Fun read.

(I've read it three times now--previous reads were in 1987 and 2004). Everything you expect from a Pitt story--the slam-bang action, the exotic locales, exotic women, maritime and/or aviaition historical elements, the aura of mystery, the almost -larger-than-life megalomaniacal villains, the oceanographic technology, Pitt's coolness under fire, suaveness, and flair for smart-aleck humor (especially when bantering back & forth with faithful sidekick Al Giordino)--are all here. Even after 40 years, this book still stands the test of time.

Only a couple of nitpicks keep me from giving this book a full 5 stars:

(1) I would expect a fellow U.S. Air Force veteran like Cussler to know that the proper name for the F-105 is the Thunderchief (or "Thud"), not the Starfire (the USAF *did* have a Starfire, but that was the F-94, which was retired in 1959, 14 years before "The Mediterreanean Caper's" original publication date).

Those minot criticisms aside, a highly enjoyable read and a wonderful introduction to Clive Cussler and Dirk Pitt (and Al Giordino, Rudi Gunn, and Admiral James Sandecker) alike!

This book was really terrible. Very formulaic. Not interesting at all. Characters not interesting either (definitely not the protagonist). Also very misogynistic. I had to keep in mind the era when it was written so I could force myself to keep reading and give it a chance. I don’t think anyone would publish this now. I gave up and stopped more than halfway through the book and couldn’t even finish it. I realized the book was not getting better and I was never going to get back the time I had wasted on it thus far and decided to cut my losses rather than lose even more time. That’s how bad it was.

After reading my first Dirk Pitt book nearly 45 years ago, and enjoying everyone since, I thought I would start all over again. I enjoyed it this time every bit as much as that first time in 1974 on real paper as a hardback book. It is also very interesting to note how Clive's writing style has matured over the years as well as the continuous character development of Dirk, Al, Rudy, and many others. It also provides some insight of how Pitt's car collection grows through the years.

I read this book years ago but sadly my dog ate it so this is a replacement. It's an amazing read from start to finish and a gripping end. Well worth buying and adding to any Cussler collection.

Item came exactly as described with Amazons usual efficiency.
Really enjoyed the book, kept me enthralled all the way through. I find it interesting to see how the early and later books differ slightly in their approach towards what are now considered sensitive issues with regard to political correctness etc...
I couldn't wait to start the next book in the series. I also like the way that there are subtle references to previous books within the adventures.