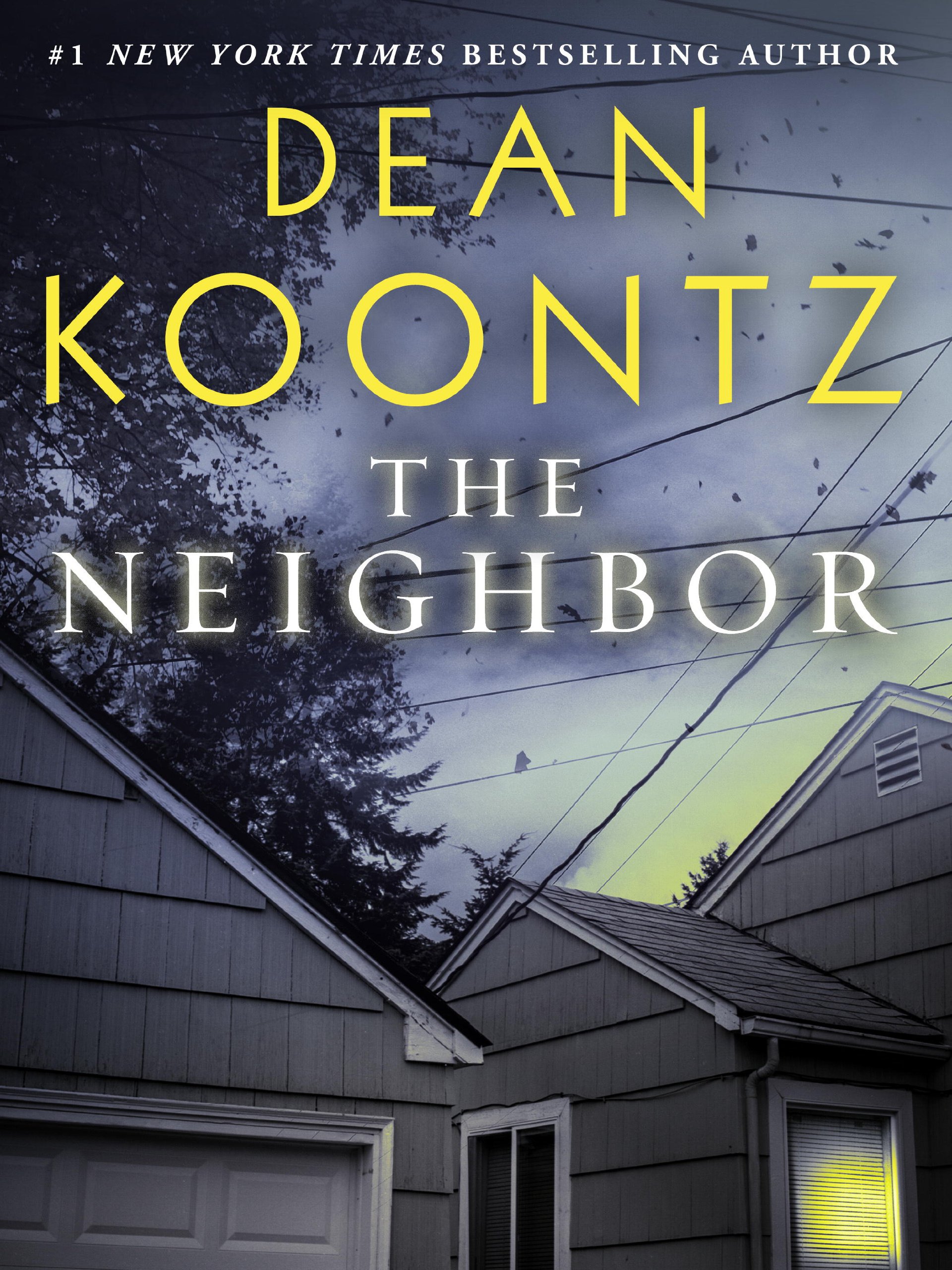 Every city has its wonders and mysteries. For the Pomerantz family, the most disturbing mystery at the moment is the identity and the intentions of their new neighbor, in this eBook original short story—a prequel to The City, the gripping and moving new novel by Dean Koontz.

The year is 1967. Malcolm Pomerantz is twelve, geeky and socially awkward, while his seriously bright sister, Amalia, is spirited and beautiful. Each is the other’s best friend, united by a boundless interest in the world beyond their dysfunctional parents’ unhappy home. But even the troubled Pomerantz household will seem to be a haven compared to the house next door, after an enigmatic and very secretive new neighbor takes up residence in the darkest hours of the night.

“[Koontz] has always had near-Dickensian powers of description, and an ability to yank us from one page to the next that few novelists can match.”—Los Angeles Times

“Koontz is a superb plotter and wordsmith. He chronicles the hopes and fears of our time in broad strokes and fine detail, using popular fiction to explore the human condition.”—USA Today

“Characters and the search for meaning, exquisitely crafted, are the soul of [Koontz’s] work. . . . One of the master storytellers of this or any age.”—The Tampa Tribune

“A literary juggler.”—The Times (London)
View on Amazon
THE NEIGHBOR is billed as the prequel to Koontz’s soon-to-be-released novel THE CITY – however, it’s really a standalone short story set in the summer of 1967 about one month prior to Malcolm Pomerantz meeting Jonah Kirk, the protagonist for THE CITY. Other than a short plug for his new novel in the opening two paragraphs, the rest of the short story is entirely its own creation – which is a great thing for readers and fans of Dean Koontz.

Many of these now popular short ebooks that appear weeks before the new novels they seek to promote are lacking in every area except, of course, marketing – but with THE NEIGHBOR Koontz really delivers a great short story.

Malcolm and his sister Amalia are close siblings, made closer by parents who are indifferent towards them and each other. In the summer before Amalia leaves for college and Malcolm is twelve, they discover that “the world is a more mysterious place than it seems to be most of the time.”

The house next door has been empty for a while. It’s owner dead from a heart attack. But in the middle of the night both Malcolm and Amalia see lights on in the house and sense there is someone, or something, there.

The next day they bake cookies “to welcome the new neighbor” as an excuse to check out the house and see if anything is amiss … only to discover, in Amalia’s words, “there isn’t a new neighbor.” Oh but there is something there …

This is one of the few “.99 cent prequels” that I actually recommend as worth reading. Koontz is a master of the short story, and while this isn’t likely to go down as one of his all-time greats, it’s certainly a fun and entertaining read.

If you’ve ever wondered how good a short story can be, Dean Koontz reminds us in The Neighbor. While it is touted as a prequel of sorts to his novel The City, you need not have read it — I haven’t — to enjoy this mesmerizing and tender short story. Koontz immediately sucks us into the world of gangly 12 year old Malcolm and his beautiful 17 year old sister, Amalia, whom he adores. Their parents are terrible and Malcolm describes their house as being like Poe’s House of Usher just before it sank into the swamp. Music is an escape for them, Malcolm finding the one thing he is graceful at in the Saxophone, while his very talented sister plays the clarinet and wants to be a writer. They also share a love for Big Band music of the 1930s and 1940s, which they play on vinyl records in the garage to avoid parents who hardly speak to one another. If this already seems like a lot to include in a short story, it is little touches like these which separate Koontz from the pack.

At the center of the story is the house next door, once belonging to recently deceased teacher Rupert Clockenwell. Someone is turning on lights at night in the old house, and Malcolm and his sister Amalia decide to pay the new neighbors a visit. Except there are no new neighbors, only sad revelations, and great danger. To reveal more would ruin this touching and enthralling short story I truly loved. In addition to being an amazing read, it reminded me why I so often prefer Koontz to King. Though the novels of both have become bloated as of late, they both excel — when they want to — at the short form. But Koontz’s attitude in regard to the human spirit, and the spiritual in general, sets him apart. Everything I love about Koontz — when he’s at the top of his game — is on display here in this tender and unforgettable short story. Highly recommended.

Malcolm and his sister Amalia have a less than idyllic childhood, filled with secondhand smoke and TV dinners. Their father is cold and emotionally distant, while their mother lives to watch television and gossip with the (other) neighbor. The two children, although five years apart, are very close. The strength of the love between the siblings ends up being of utmost importance to the resolution of the story.

This is a short-story prequel to Dean Koontz's upcoming novel "The City," which will be coming out on July 1st. Whereas "The City" is the story of musical prodigy Jonah Kirk, "The Neighbor" is the story of Jonah's lifelong best friend, Malcolm Pomerantz and the strange events that happened a few weeks before the two men met as young boys. From what I can tell, this is a standalone story – you can read it even if you don't plan to read "The City," and/or you can read "The City" without reading this story. But if you like ghost stories, "The Neighbor" is worth grabbing. It's a great quick and spooky read with both human and supernatural scariness. The characters of Malcolm and Amalia are very likeable, and I'm curious to read more about them in "The City" (even though it's not *their* story).

Malcolm Pomerantz, 12 years old, and Amalia, his sister and 17 years old, live next door to an empty house with their distant, cold parents.

Their neighbor Mr. Clockenwall, a well-loved teacher, had died in his house of a heart attack. So why are Malcolm and Amalia seeing lights and hearing strange things at the neighbor's house?

This was a creepy little short story that packed a punch even in just a few pages. It is supposed to be a prelude to Koontz's book THE CITY so I am off to read it next.

This book or story I should say started out interesting setting up the characters and the stage for the action. When reading through that beginning setting up for some thing I was intrigued. Unfortunately the book made it turn which was very expected and led nothing to the imagination with an ending that loves you absolutely hanging. The two characters or well described but I have no idea why the last character who was introduced at the end of the story was even mentioned. I finished that short story wondering, What I had just read and what the realivance was. I felt incomplete and kept wanting to hear more see more, but was disappointed

Another great book from the master story teller. I always get so much enjoyment from Dean Koontz books. Like all the great writers the story flows in such an easy manner that you just keep turning the pages and before you realize it the book is finished and always have the feeling I wish I could just keep reading. So I move on to another Dean Koontz book. :-)

Short but effective in giving us a few goosebumps! This author is a master at the psychological horror he writes so well! This is a prequel to The City, another Dean Koontz story.

A simple and straightforward story but on another level deeply disturbing. A lurking evil based in the house next door.