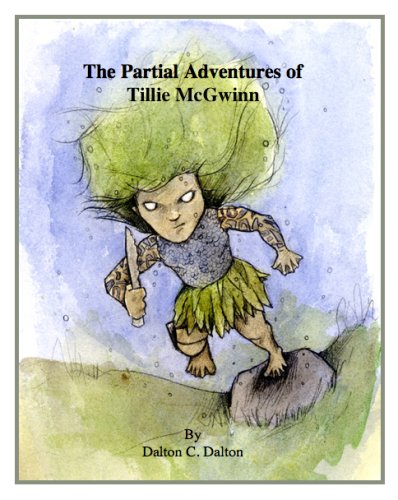 The Partial Adventures of Tillie McGwinn

At ten and two-sevenths years of age, Tillie McGwinn has already had numerous adventures with her Uncle Quentin, a famed pirate-hunter. So, when a hysterical ladybug whose black spots have turned green comes to Tillie for help, she barely registers the problem. As other black objects begin turning green, however, Tillie resolves to uncover the secret of the displaced colors. Her quest takes her through The Stranger Forest, into the depths of Lake Loch, across the Plains of Wompusmeeste, and into an abandoned amusement park. Along the way she makes new allies – Grayden, the underwater boy warrior; the ancient and wise Keeper of the Flame; and the mythical creeping house – as well as new enemies – the parliament of daylight owls, Lord Mareel, and the dreaded Wompus Wulf. Then there’s the witch Eve, whose allegiance seems to change with the wind. Which side is she on? Why does she have a pet golem? And where did she get that fabulous red leather cat suit?
View on Amazon