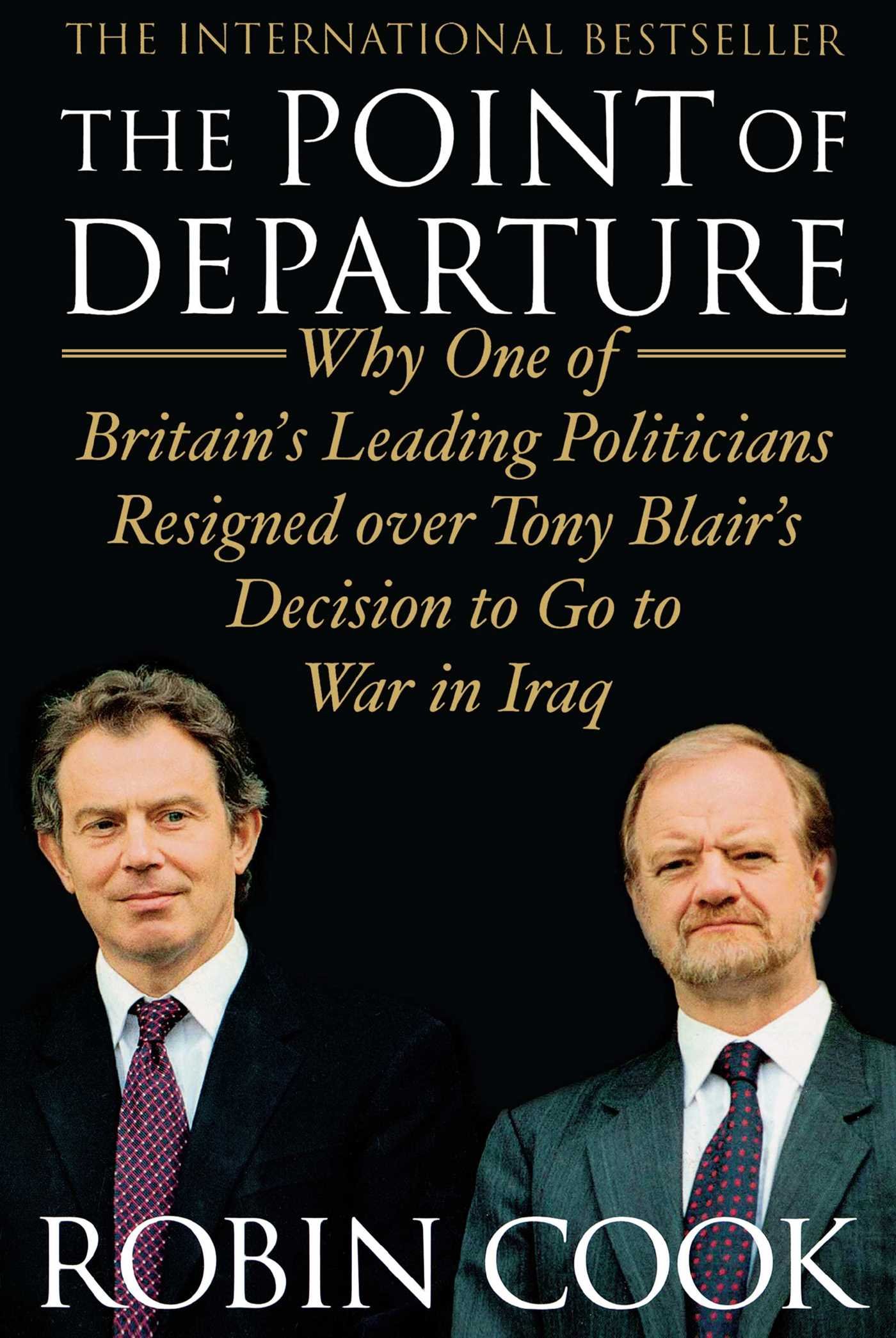 The Point of Departure: Why One of Britain's Leading Politicians Resigned over Tony Blair's Decision to Go to War in Iraq

On 17 March 2003, Robin Cook, Leader of the House of Commons and former Foreign Secretary, resigned from the Cabinet in protest against the coming war in Iraq. His resignation speech against that war prompted the first standing ovation in the history of the House and marked the end of the ministerial career of one of Labour's most brilliant politicians. His arguments against that war are of profound interest and importance to American readers.
For the two years prior to his resignation, Robin Cook kept a diary, a personal record of Labour's second term, that forms the core of this narrative. The Point of Departure is Robin Cook's unvarnished account of this dramatic period in British political history. Though surprised by his abrupt dismissal in 2001 as Foreign Secretary, he became determined to effect the changes in Parliamentary democracy that he believed were essential if Parliament was to move into the twenty-first century. As Tony Blair told Cook on offering him leadership of the House of Commons, "This is the job for you."
Drawing on firsthand experiences in the Commons and the Cabinet, of encounters in conferences and corridors and late-night conversations, Cook details his gathering disillusionment with Tony Blair's change of direction, which he believes to be profoundly mistaken, and, above all, the change in foreign policy that led the United Kingdom away from its destiny in Europe and into participation in President Bush's war in Iraq.
This is the inside story of a government in power -- and of the tensions between those who govern. But above all it is the story of a politician who genuinely wanted to bring democracy closer to the people, but who saw a government increasingly detached from the values of himself and his party, and who developed a growing conviction that the government position on Iraq was morally, diplomatically, and politically wrong.
View on Amazon
If you lived in England during the last years of Mrs Thatcher (and the poll tax) and the transition to Tony Blair, then you should read this book. I was there when all these changes were taking place and, obviously, one read the stories and gossips. However, having an insider expose, it puts so much in context.

I now see some of those key players then in context. It helps fill in the cracks and refresh the picture during that politically intriguing period in British history; the fall of Margaret Thatcher and the rising of the young Labor Movement.

I bought this book a while back and it took a little while for me to get through it. It isn't because it was hard-going, more that I wanted to ensure I understood all the political workings. If you skim through my previous reviews, you will see that I read quite a few political texts. I tried to get hold of a review copy of the next political biggie, but the publisher said no. Hopefully, the profits of it will go to a good charitable cause, as did Gordon Brown's. Personally I don't think previous PMs should profit from the sale of so-called memoirs.

This is a very well written book by a highly intelligent man with a well developed dry sense of humour. More importantly, if you've run out of patience waiting for the Chilcott report you can read exactly why Blair was always going to support Bush. What the Americans (or at least the neo-cons running it) wanted, Blair would provide it. Coincidentally, since then he's become a multi-millionaire...

Excellent stuff from a much missed (from a Labour point of view) politician.