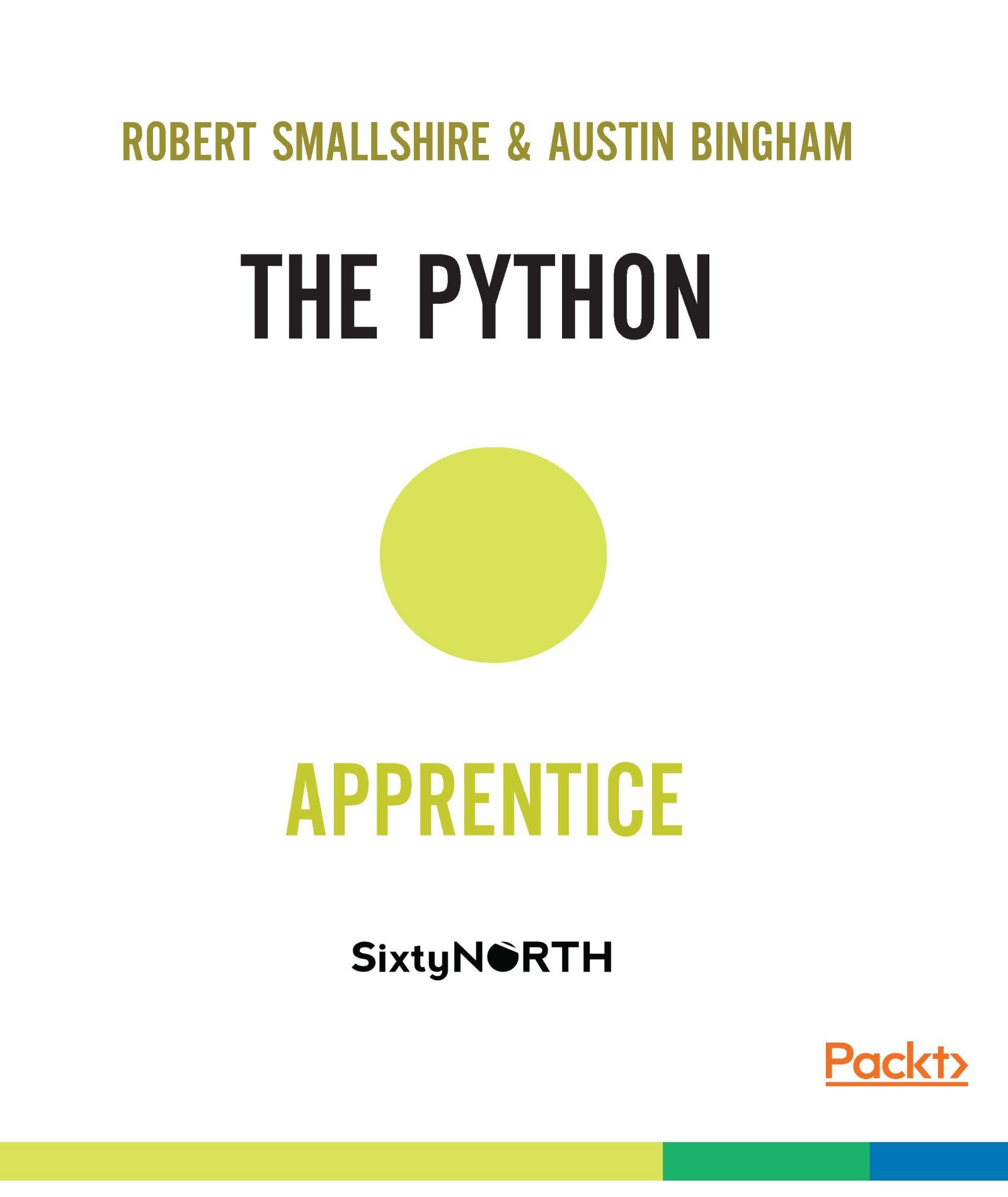 By: Robert Smallshire and Austin Bingham

Experienced programmers want to know how to enhance their craft and we want to help them start as apprentices with Python. We know that before mastering Python you need to learn the culture and the tools to become a productive member of any Python project. Our goal with this book is to give you a practical and thorough introduction to Python programming, providing you with the insight and technical craftsmanship you need to be a productive member of any Python project. Python is a big language, and it's not our intention with this book to cover everything there is to know. We just want to make sure that you, as the developer, know the tools, basic idioms and of course the ins and outs of the language, the standard library and other modules to be able to jump into most projects.

Robert Smallshire is a founding director of Sixty North, a software consulting and training business in Norway providing services throughout Europe, and which uses Python extensively. Robert has worked in senior architecture and technical management roles for several software companies providing tools in the energy sector. He has dealt with understanding, designing, advocating and implementing effective architectures for sophisticated scientific and enterprise software in Python, C++, C# and F# and Javascript. Robert is a regular speaker at conferences, meetups and corporate software events and can be found speaking about topics as diverse as behavioural microeconomics in software development to implementing web services on 8-bit microcontrollers. He is organiser of the Oslo Python group and holds a Ph.D. in a natural science.

Austin Bingham is a founding director of Sixty North, a software consulting, training, and application development company. A native of Texas, in 2008 Austin moved to Stavanger, Norway where he helped develop industry-leading oil reservoir modeling software in C++ and Python. Prior to that he worked at National Instruments developing LabVIEW, at Applied Research Labs (Univ. of Texas at Austin) developing sonar systems for the U.S. Navy, and at a number of telecommunications companies. He is an experienced presenter and teacher, having spoken at numerous conferences, software groups, and internal corporate venues. Austin is also an active member of the open source community, contributing regularly to various Python and Emacs projects, and he's the founder of Stavanger Software Developers, one of the largest and most active social software groups in Stavanger. Austin holds a Master of Science in Computer Engineering from the University of Texas at Austin.