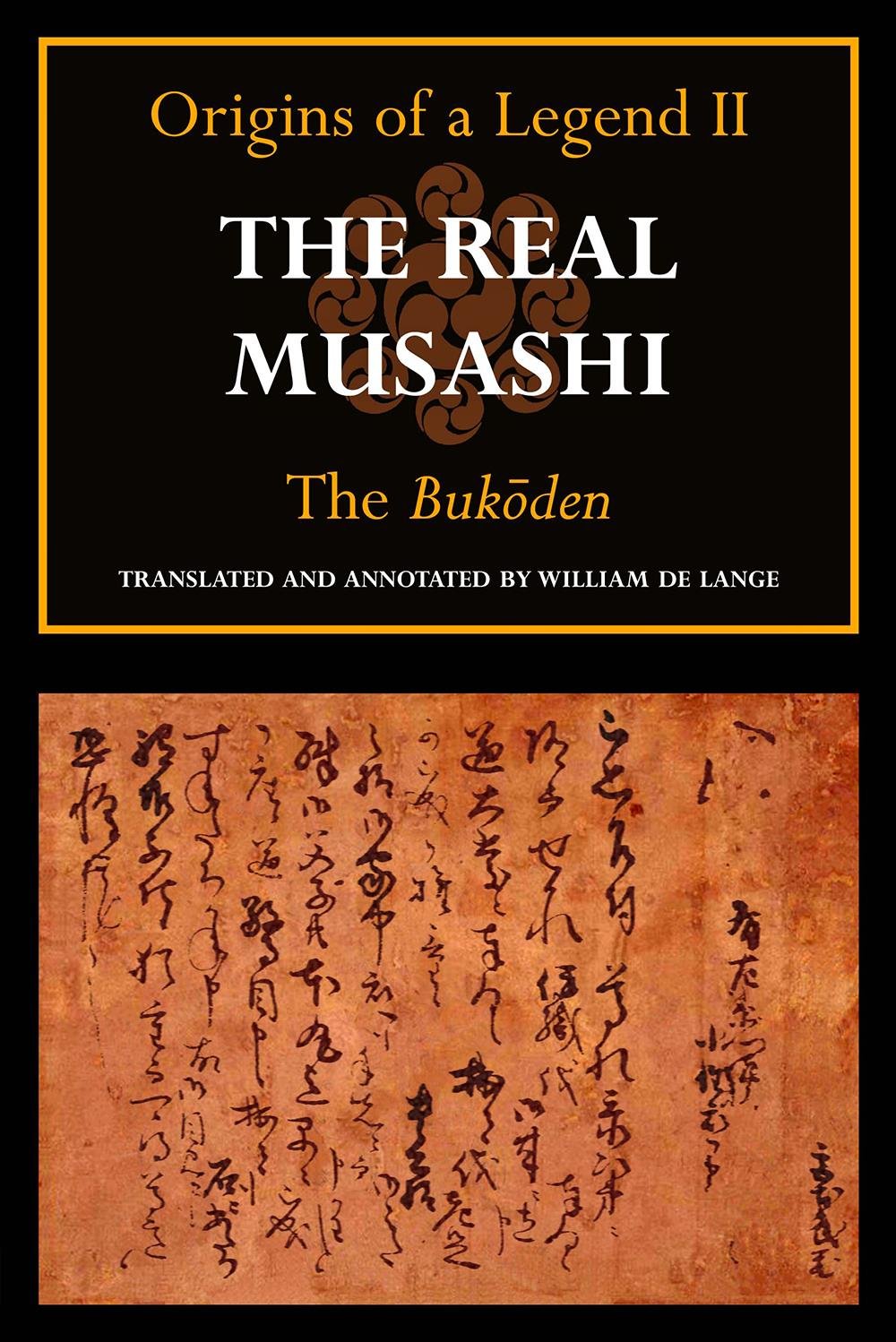 The Real Musashi: The Bukoden (Origins of a Legend II)

Miyamoto Musashi (c. 1584-1645) is the most revered and celebrated swordsman in Japanese history; unfortunately, our modern portrait of this folk hero is derived mainly from popular books, comics, and film, with little heed paid to the early records by men who knew Musashi, practiced with Musashi, and went into battle with Musashi.
This groundbreaking three-part series returns to these earliest of records to unravel the legend and thereby recapture the real character of this enigmatic medieval swordsman.
Part II, the Bukōden, is one of the earliest such records still in existence. It was completed in 1755 by Toyoda Masanaga, senior retainer to the Nagaoka, a clan closely involved in the events of Musashi's later life. The Bukōden throws a new and refreshing light on many aspects of especially Musashi's later life--his adoption of Iori, his return to Kyushu in 1634, and of course the gestation of his great work on the philosophy and art of Japanese swordsmanship, the Book of Five Rings. Now, for the first time in two-and-a-half centuries, Masanaga's insight into this enigmatic and solitary swordsman is available to the English reader.

.
View on Amazon
This translation is both scholarly and easy to read. Despite it's thin size, it is information dense, and the author goes to great lengths to provide cultural and historical context while being honest about the texts weakness and strengths compared to similar studies of Musashi's life.
As a proponent of Hyoho Nite Ichi Ryu, I think that this is an invaluable edition to any english language library on the subject.

It's ok. Nothing in here that isn't in any other history of Musashi, although this is probably more historically correct. So for true history buffs this is a good read.

This book uses historical documents to look into the life of one of Japan's greatest swordsman Miyamoto Musashi. I enjoyed learning more about this man who was more than an accomplished martial artist but also an artist, author, painter and sculptor among other things. A great book.