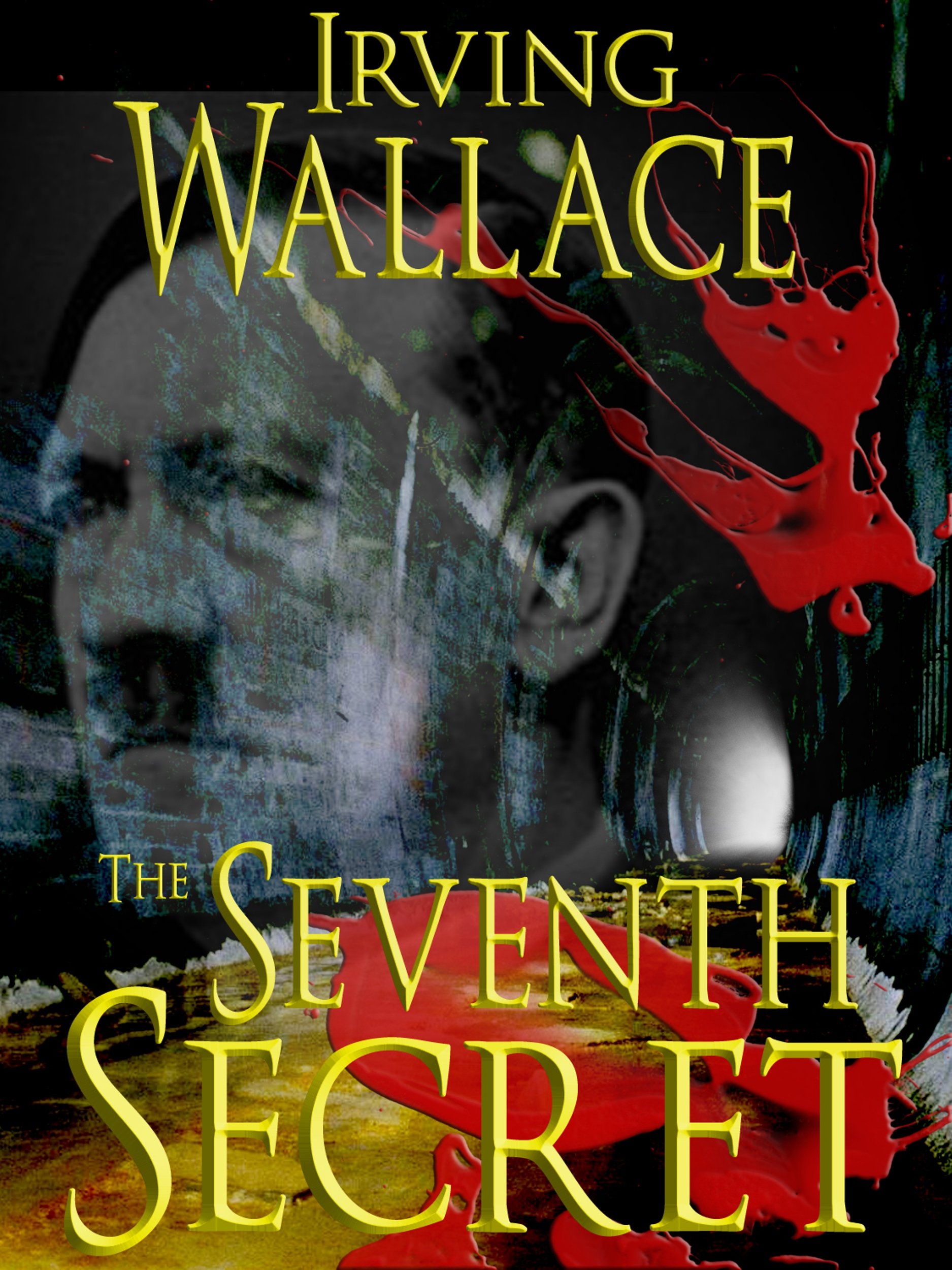 Emily Ashcroft and her father, Sir Harrison Ashcroft, have set out to write a definitive biography of Adolph Hitler. Before they can finalize their manuscript, however, a cryptic letter from a German dentist sends Sir Harrison off to attempt the excavation of the site of the Führerbunker, where Hitler and his wife, Eva Braun, lived out the final weeks of their life before committing suicide and being cremated in a shallow pit. The thing is – maybe they didn't.

Unfortunately, before the excavation can begin, Ashcroft is run down in a hit-and-run that would seem accidental – except the driver backed up and ran him over a second time.

Armed only with the dentist's letter, her notes, and the determination to finish her father's book, Emily Ashcroft makes her own journey to Berlin. She is joined by a Russian museum curator, an American architect writing a book on Nazi and Third Reich architecture, and a Mossad agent, posing as a reporter. Together they uncover what may be the greatest hoax ever perpetrated – the faked death of the Father of the Third Reich, and the plan to bring the Nazi Party back to power.

Through harrowing adventures, steamy romance, impersonators, SS guards, and survivors they piece together the missing puzzle pieces of what really happened so long ago. The only question is – are they up to the challenge, and, as they begin to close in, can they survive it?
View on Amazon
The "secret" in the title took me by surprise. The book's written in the old Wallace style, the thoughts of the characters and the action moving rapidly and welcoming the reader into the plot. Do yourself a favor and get this book--mine was on my Kindle, so I had it with me every moment of every day. When you're not reading it, you'll find yourself thinking about this exciting story. Did Hitler die when history tells us he and Eva Braun committed suicide together?

Interesting thriller involving a search by an historian, an architect, museum director, and Mossad agent. They are trying to determine if Hitler did not commit suicide as the record shows but rather survived. The seventh secret is the location of a bunker that was designed and built.

Minor issues with the e-book version: Liesl is a character in the book but OCR errors record her name as Lies! (yes with an exclamation point). Otherwise the only really OCR problems are words that were hyphenated in the print version because they were at the end of the line but remain hyphenated in the ebook version even if they appear in the middle of the line.

Generally a good read. Different than the thrillers written today because this relies more on tension than on action. Interesting view of getting into East Germany before the fall of the wall.

The details of this story have been shared by many other reviewers, and so I shall not do that.

Wallace is a thorough researcher, and he demonstrates this very effectively throughout this book. His incredible descriptions of the locations make you feel as if you are there! Additionally he is excellent at portraying the emotions of his very "real" characters. The subject matter and premise of the book are fascinating. You will not be disappointed--I could barely put the book down!

Good character development - we knew just enough about each one. Knowing Hitler's deviousness, this could have happened. A good read if you like WWII.

A typical Wallace novel. It takes about a third of the book to get all the characters and plots introduced, but once he gets to the story line you can't put it down. He also leave the reader with a different take on a historical event, in this case the death of Hitler.

I like Irving Wallace, and this book was creative and interesting. Of course, it is an old book and a bit stale (today you would just use a cell phone or tap the Internet, for instance). But, still an enjoyable read. My only real issue is in the editing for the Kindle version - or lack of editing. There were hyphens where none belonged, weird spacings, etc. Clearly, this is based on a PDF or something for a different format. It drove me a little bit nuts. But for 99 cents or whatever, it was a bargain.

If you are a WWII Conspiracy buff . this is the novel for you! Irving Wallace weaves a frightening story which you start believing its FICTION.......or it it??????? If you have a curiosity about Adolf Hitler and Germany during the late 30s and 40's ending in the capitulation of Germany .....or did they?????? read this one ..you won't put it down!

Decent story and characters, but willing suspension of disbelief has limits. I couldn't get past Hitler living for decades in a bunker connected to the original one where he supposedly died, let alone Eva randomly appearing and disappearing year after year inside a diner without a single patron noticing.

In have to say I was dubious. The reviews and the low quality of the cover art made me think it might be a self published low grade piece. However I was pleasantly surprised. A certain amount of suspension of belief is required and one must remember that this is very light entertainment but the central premise is actually interesting. I initially reacted with disbelief but that was my issue not the premise. Once I thought about it I realised that in many ways it was more credible than that this bunch of fanatics watched the end getting closer every day for several years without making any attempt to plan for the unavoidable end that was hurtling through history towards them. The solution hypothesized is audacious and actually really quite clever and to me credible. But here we come to my relevant issues. The ending seemed very rushed like once the author had concluded the conspiracy there was no more inspiration and he quickly finished. There was so much room for more. Even a sequel could have come and I certainly would have read it. As I have stated upon reflection the basic premise is remarkably viable but the background to what they planned after was weak in the extreme. I found myself questioning not the elaborate escape but the loose and undeveloped plans they had been following since the end of WWII. In short this was good fun but could have been truly brilliant and that is a shame. If I was the author I would do a rewrite and perhaps follow Eva and Klara to South America. Maybe they do not even leave Europe. Perhaps the network the Nazis in Germany and other parts of a Europe dominated by Americans or even including rabid anti communist Americans could be fleshed out. This novel had scope for so much more. I doubt very much Irving Wallace will ever read this but if he does...... realise this stories potential.

It's probably 40 years since I last read an Irving Wallace novel. They were a bit racy for the tine, covered edgy subjects and I enjoyed them.
He's a competent writer and can generate suspense, but there's far too much detailed padding that adds not to the story

Then there's the plot, it lacks both conviction and plausibility.

Maybe it's because I've just finished my first Elroy Leonard book. His cutting, economical prose style, moves on the story a pace, but you don't feel anything is missing. Detailed descriptions are used sparingly to add knowledge and believe ability, but never over done.

A writer of the same period, but still very readable to day.

The idea for this novel was pretty good - Hitler's death at the end of WW2 was faked, and the story starts off well enough.

However half way in I get the distinct felling that the author just wanted it I finished, as the fast forward button seems to get pressed in order to move on to the next phase of the story.

I know what type of book this was so I wasn't expecting it to be completely believable, it's similar to an action movie, but some points just jarred. For example, the fact the leading character knows that her life is in danger as she attempts to uncover the truth about Hitler. So the first thing she does in getting to Berlin is blurt out the "secret" to 3 people she's never met before! There is another worse example of this later, after she's attacked in her room by an assassin they wait 24 hours to tell hotel security let alone the police. The author explains this away by the fact that the characters were "in "shock". Not as much as I was by this type of lazy writing.

It sounds like I'm having a downer on this book, when really it's not too bad, just suspend belief , ignore the bumps in the road and enjoy.