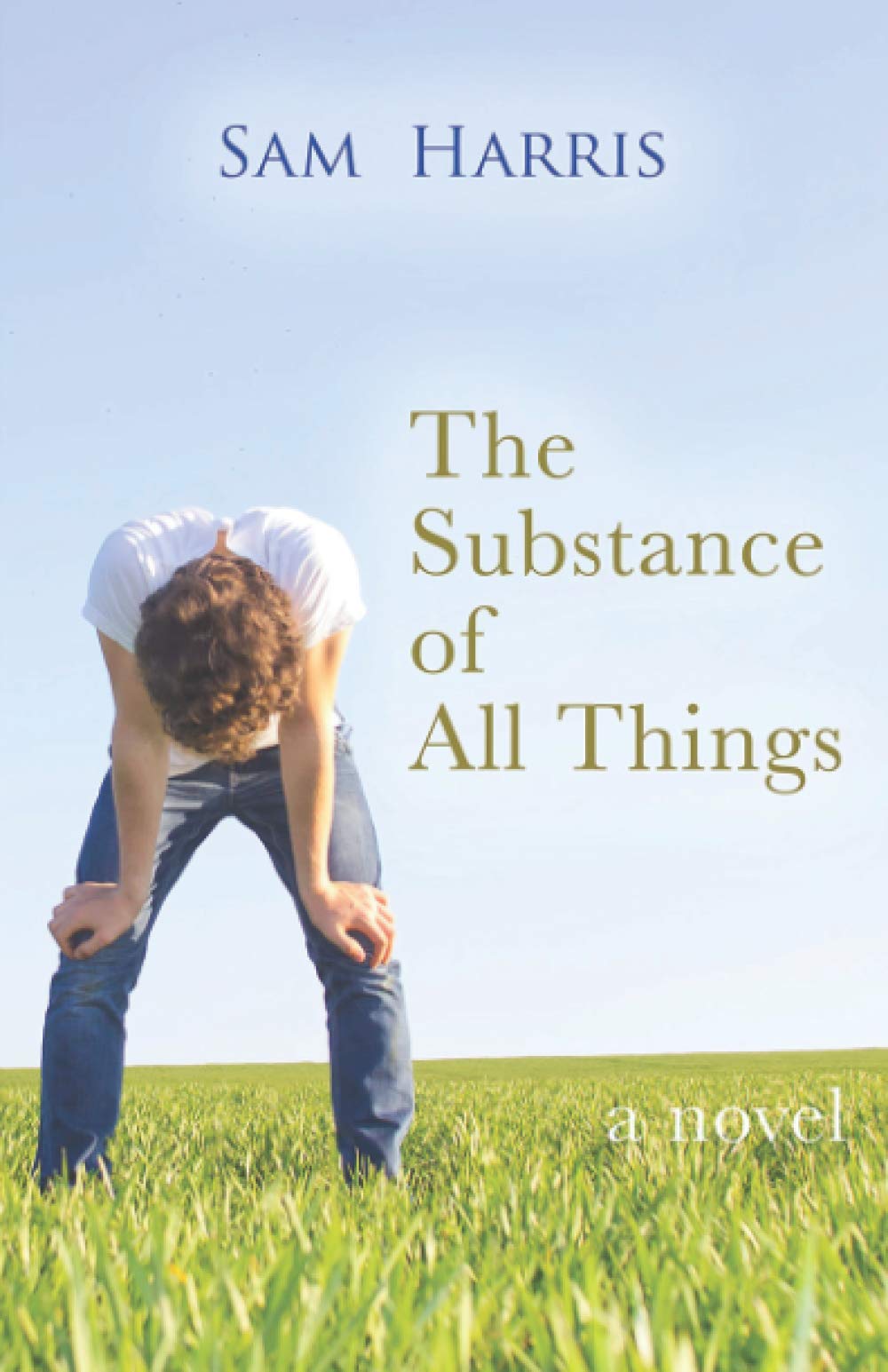 The Substance of All Things: a novel

"Harris' new novel tells the remarkable life story of a modern-day miracle worker. He expertly and adroitly plays each plotline against the other to create a gripping sense of narrative momentum. The slow, controlled portrayal of adult Theo's progress toward personal redemption is commanding...and culminates in a series of chapters with hefty emotional impact. THE SUBSTANCE OF ALL THINGS is a dramatic and cumulatively powerful tale of one man's healing." (Kirkus)

"A mesmerizing novel. Poignant and devastatingly evocative, this story about faith, frauds, fear, and finding peace will win over any fan of heartbreaking and heartwarming 20th-century Americana literature." Editor's Pick (Booklife)

"Hardly a typical first novel, THE SUBSTANCE OF ALL THINGS is absorbing, lush, and packed with adventure, tenderness and a gallery of memorably eccentric and deftly drawn characters. TSOAT evokes John Irving's work and also calls to mind Conroy's 'Prince of Tides.' It's a knockout." (Jim Gladstone, Bay Area Reporter)

"This is an exquisitely-threaded, gripping, and satisfying coming-of-age novel. Readers will be engaged and enthralled from the first page until the last. The prose here is sophisticated, clear, and wholly memorable, and serves to enhance the exceptional narrative that the author has crafted. The premise behind this wonderful novel is unique, effective, and entirely fresh. The characters are quite amazingly drawn. Theo, the sensitive young healer, is reminiscent of some of John Irving's young characters." (The BookLife Prize)

"THE SUBSTANCE OF ALL THINGS, an often harrowing, beautifully realized story, is an alarmingly relevant novel." (Oklahoma Magazine)

Theo Dalton is six years old when his hands are irreparably damaged in a horrific car accident that takes his mother's life. Six years later, during the sweltering summer of 1968 in rural Oklahoma, Theo meets Frank, a Native American outcast, and learns that he has the ability to heal through his disfigured hands.As he explores the extraordinary, Theo desperately attempts to remain an ordinary boy. But when word of his gift spreads, Theo is shunned by the church for doing "the devil's work." He is immediately swept away by his Auntie Li, and into a world which ultimately threatens his life as he saves others'.

Told from Theo's perspective some fifty years later, it is through his work as a therapist with a broken woman that he musters the courage to relive the summer that haunts him.The Substance of All Things is the gripping, heart-wrenching, and often humorous tale of mentors and mothers and fathers, love and redemption, prophets and charlatans, miracles and faith.

From "The Substance of All Things:"

Suddenly, I felt a twitch in the palm of my left hand. Just the slightest tingle, a prickling really, so that I couldn't quite discern if the feeling was painful or stimulating--like when water is so hot on the skin that it might be cold, the distinction cannot be made. Then my right hand twitched, sparkling to a tickle that felt like a fortune-teller following the lines of my destiny with a fingernail. The current splayed to my fingers, tiny jolts of something--something charged, even voltaic. But there was something more--a feeling inside of me that couldn't be located in my physical body, as if a door which had always existed but had always been locked suddenly opened, slowly, to a secret place, and whatever was within engulfed me like a color I'd never seen; a feeling almost too large for my body, and my knees buckled at its enormity, but I would not fall. I knew that something beyond myself was happening like a dream and I dared not peek for fear that it would end.

View on Amazon
This book was recommended to me by a friend whose taste I trust when it comes to fiction. She had not even finished it when she told me I should order. She did not let me down with The Substance of All Things. I’ve been reading a lot during this isolation. A LOT. I’ve gotten very picky. If a book doesn’t get under my skin in the first 50 pages I’m pretty much done. If the writing isn’t good, I won’t last 20.This book grabbed me in the prologue but I had could not have imagined that it would take me so many emotional places. I can be an impatient reader and want to get to what happens, skipping and scanning. Not this book. I wanted to savor each sentence. I enjoyed the book for many reasons, some of which I’m seeing in the few first reviews I’m reading here. In addition to the primary characters, Theo’s friend, Henry, touched me deeply as did his Uncle Darnell. All of the characters are human. Also, I might add to that list—great dialogue, which is so specific to each character. It reads like a movie. By the end I was wiped out and emotionally spent, but in an inspirational way.

I am moving on to other books at the recommendation of my friend, but this one will stay with me. I think it may very well be one that I go back and re-read, knowing what’s going to happen, so I can find all of the intricacies and details that I didn’t get the first time around. Those “a-ha!” moments.

I noticed that there is no publisher, so this is an independent book, and I felt the need to add my voice to other readers of this new novel by a debut author. I looked him up and he’s had quite a career in entertainment, but this foray into fiction is quite something. I’ve already passed it on to my book friends. If you want to be authentically moved by a solidly written, rapid, emotional, and often clever read, give Substance a shot.

I'm excited t be one of the first reviewers of this book. I feel like I am in on something very special. I read Harris's
memoir, HAM, so I was eager to read his first fiction. I read it on Kindle so I didn't have to wait, and I dove in and
read it in two sittings. ( Something wonderful to do during COVID ! ) The book had a greater impact on me than I ever could have expected. I was so moved by this story and by these sensitively and beautifully drawn characters.
Theo is magical ( literally and figuratively). The second story of Theo when he's older and his woman client is painful, even harrowing, but ultimately so healing, inspiring and uplifting. I found the southern colloquialisms of Auntie Li hysterical, yet I enjoyed hating her. The visuals Harris creates are vivid and alive and often took my breath away. There are plot twists and turns that become so much larger than the small town the book is set in.
I found it superbly crafted and the kind of writing I don't see much anymore. It moves along briskly but also feels like it takes its time. There are passages I read several times , and made note of, just to let the lyrical words soak in
and I wept more than once. I also laughed often, and the humor came at just the right places . Really well done.
This book will stay with me for a long time. I will enjoyed talking to friends about it. I love the title.