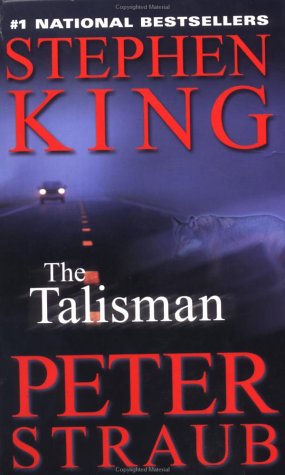 “EXTRAORDINARY . . . MAKES YOUR HAIR STAND ON END.”
–The Washington Post

On a brisk autumn day, a thirteen-year-old boy stands on the shores of the gray Atlantic, near a silent amusement park and a fading ocean resort called the Alhambra. The past has driven Jack Sawyer here: his father is gone, his mother is dying, and the world no longer makes sense. But for Jack everything is about to change. For he has been chosen to make a journey back across America–and into another realm.

One of the most influential and heralded works of fantasy ever written, The Talisman is an extraordinary novel of loyalty, awakening, terror, and mystery. Jack Sawyer, on a desperate quest to save his mother’s life, must search for a prize across an epic landscape of innocents and monsters, of incredible dangers and even more incredible truths. The prize is essential, but the journey means even more. Let the quest begin. . . .

“AN INTELLIGENT . . . SUSPENSEFUL PAGE-TURNER . . . It’s a relief to find popular fiction that is as unpretentious yet rich in literary allusion and human detail as Black House.”
–The Wall Street Journal

Jack Sawyer is a retired Los Angeles homicide detective living in the small hamlet of Tamarak, Wisconsin. He has no recollection of the events twenty years ago that led him to a parallel universe called the Territories to save his mother from certain death. When a series of gruesome murders occur in western Wisconsin, Jack’s buddy, the local chief of police, begs Jack to help the inexperienced force find the killer. As cryptic messages in Jack’s waking dreams become increasingly impossible to ignore, he is drawn back to the Territories and to his own hidden past, where he must find the soul-strength to enter a terrifying house at the end of a deserted tract of forest–and to encounter the obscene and ferocious evils sheltered within it.