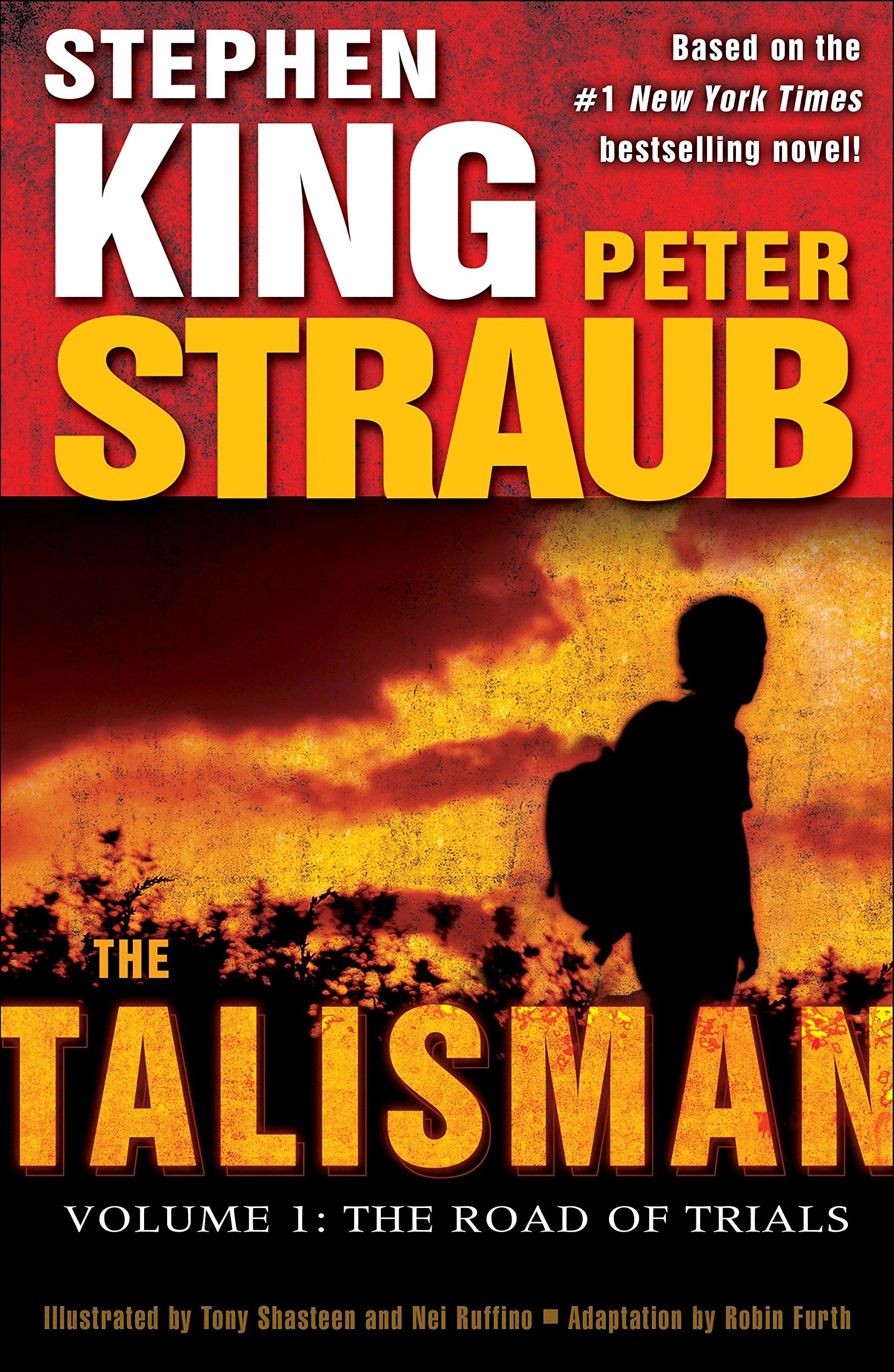 The Talisman: Volume 1: The Road of Trials

The spellbinding saga of The Talisman is now a stunning graphic novel, vividly illustrated by artist Tony Shasteen. Here’s a bold new look at the classic tale of treachery and betrayal that could only have sprung from the imaginations of master storytellers Stephen King and Peter Straub.

In a run-down amusement park on a desolate beach in New Hampshire, thirteen-year-old Jack Sawyer is about to learn some hard truths—about his father’s death, about why he and his mother are on the run from his sinister uncle Morgan, and about the real nature of the mysterious realm Jack once called the Daydreams. Now, with help from his newfound friend Speedy Parker, this young man will reclaim his identity as Travellin Jack and make his first foray back into the Territories to retrieve the magical Talisman, an object of immense cosmic significance. Yet even more important to Jack, the Talisman holds the key to saving his mother’s life. In the Terrorities, where monsters lurk, evil watches, and an unbelievably precious prize awaits, Jack embarks upon a desperate quest to fulfill a destiny he never sought but cannot escape.

The Talisman: The Road of Trials comprises Issues 0 through 5 of the thrilling comic book series and features original, never-before-seen material, including interviews and early sketches. Be warned: Once you’ve seen the Talisman, nothing will ever be the same.
View on Amazon