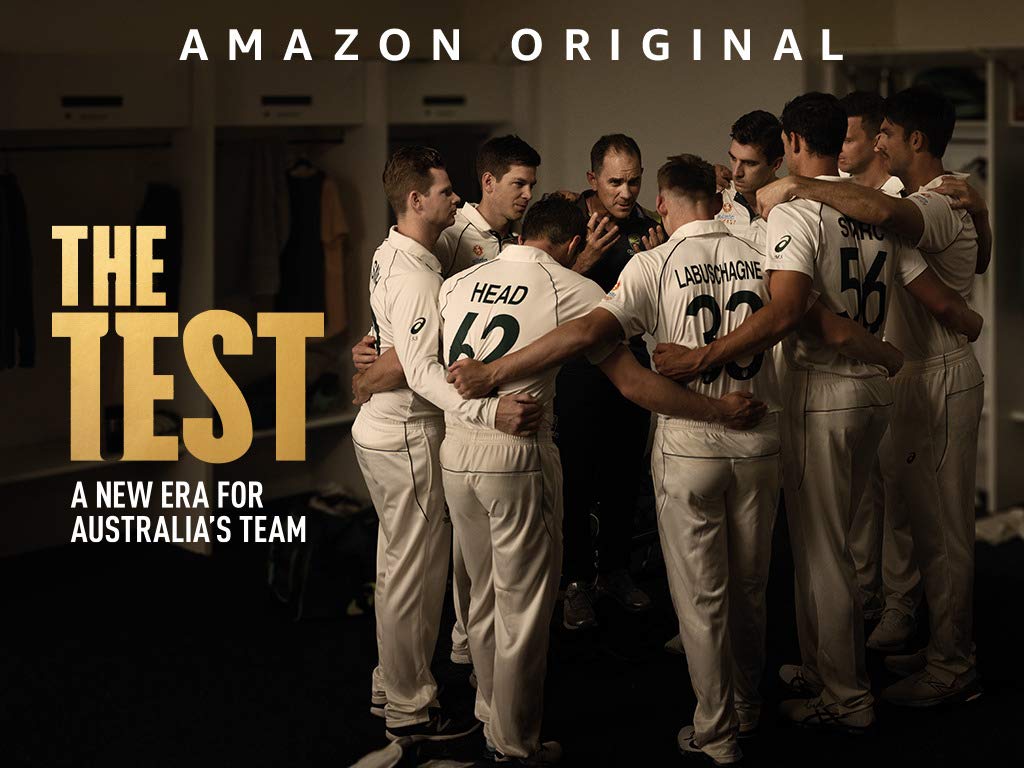 The Test: A New Era For Australia's Team - Series 1 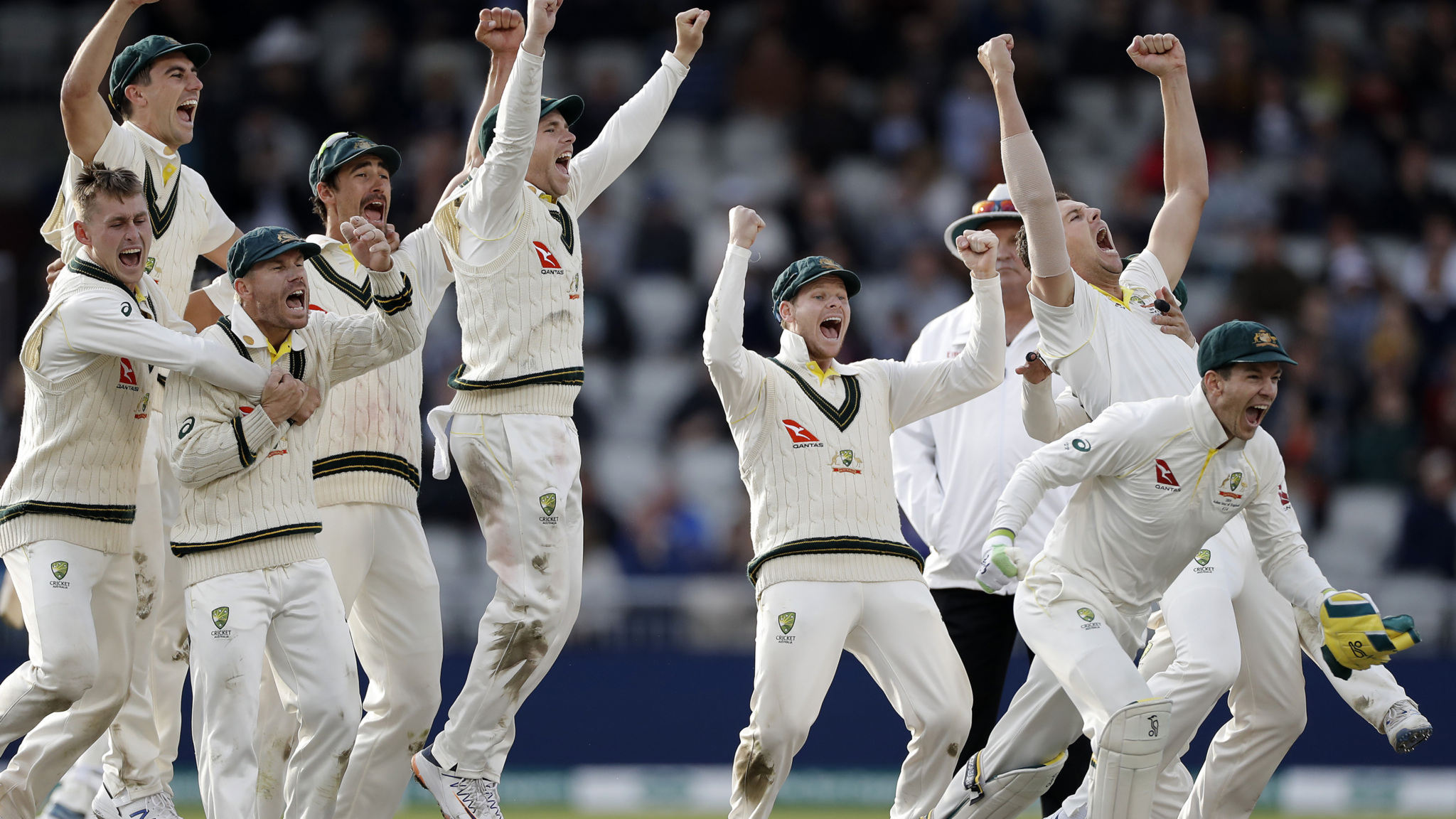 View on Amazon
Huge respect for Justin and Tim. They were firm yet approachable. It must be hard especially for Tim, he has inadequacies as compared to his team mates, but he countered that with his firm leadership.

When JL was in the team, you hardly noticed.I do not think he was a talker, but i could always sense he was aggressive. So at the time Hayden, Ponting, Waugh, Martyn and Gilly were like sledge hammerS, every run they got you felt it, if you added their scores it was like 370/5 but in reality it was 440/5 where did the 70 come from...it was JL. Calmy getting in the back ground..i am sure the opponents figured this but as an audience he was innocuous enough not to be noticed. So 5/1 Haydos is out 20/2 Ponting out and as an audience you felt 2 big wickets.....and then 30 over later you look at the scoreboard and it was still 120/2 How did they get there, It was JL. He was a perfect counterfoil then and a perfect one now, he was very vocal in this documentary but as a coach he did not make any outrageous statements. Also he stood his ground when required and spoke his mind just when required.

Now the hypocrisy; Australia complaining about opponents players being unruly :) During the 90's and 00's, i admired the great Australian team, from whom i learnt some life lessons. However i was always dissapointed when they often pulled a mickey out of every one. They rarely shut up, and could not let only the cricket do the talking. I admire Kohli for his batting, but thinks he often makes an ass of himself. In Perth he was no more vile than the Aussie team even as far as 2018, suddenly Australian cricket team have a conscious? Yeah yeah you could say Gilly walking in the Semi Finals, but that is just one incident. Justin Langer complaining how he felt like a punching bag, well that is what goes around comes around. I am 100% sure the abuse (ahem normal service) will resume. What will happen is that they could loose a couple of series because Steve Smith is not going to get runs forever and they could replace JL with someone like a Waugh..If it were up to me i would not let the players communicate the only drama we want is from the cricket the only sledge should be impersonal like "let us get a wicket boys.."

As far as the crowds go other than the West Indies, Sri Lanka and up to a large extent New Zealand, no other big nation can claim to be innocent. Yes the Barmy Army are loud and obnoxious, so is the Australian , Indian, South African, Pakistani,...etc etc. Some crowds have more booze. But in terms of making the opponents feeling uncomfortable every crowd is bad. But the documentary does a poor job (or no job) at how Kohli was behind Steve Smith when the crowd was booing, he makes an ass of himself but sometimes Kohil shows great maturity. Where was the mention of this ? Of course this does not suit their narrative. If they had said, "I understand our blokes are bad, but this crowd is something else" I would have been satisfied. The Australian crowd have been known to sledge the opponents. So pretty ordinary job there

As far as the taking of this documentary goes pretty awesome. But sometimes i felt the Aussie players over reacted after they had lost their wickets because they were conscious of the camera being there. So sometimes it felt like a reality showish? This was not such a convincing PR campaign.

This documentary series appears to have started out as a PR exercise to improve the Australian cricket team's image. Three players were caught ball-tampering or cheating on camera in a match in South Africa in 2018. Even the Australian public turned on the team. According to their own prime minister, they were a national disgrace, The Australian cricket authorities were forced to make changes in personnel. Justin Langer, a retired top-class batsman, was brought in as head coach and Tim Paine was made team captain. Langer is the star of this series.

As an England supporter, I have never found the Australian cricket team likable. They always seemed arrogant and hard-nosed. They gained a reputation for verbally abusing their opponents. Langer carefully explains to the players that they can engage in "banter" but this must not cross into "abuse."

The eight-part fly on the wall docuseries describes how the team evolved after the scandal. The side was without its two best batsmen for 12 months. Steve Smith and David Warner both served bans for cheating. The return of Smith and Warner for the World Cup and the test matches with England in 2019 infuses new life into the team. The team reached a World Cup semi-final (losing to England) and draw a five-match test series with England 2-2. The docu-series is well-made and edited. It is often exciting and emotional. It also tells a story of redemption.

Steve Smith played brilliantly during the England series. He is the top-ranked test batsman in the world at the moment, Warner is sixth. The most gripping passage of the documentary is the account of the second Test when England fast bowler Jofra Archer floors Smith with a brutal ball to the head. After collapsing Smith would later return to the game, despite suffering from concussion. He missed the following match after discussions with the team doctor. His replacement in the game was also hit on the head by Archer. Even the England players looked worried. It reminds you that cricket can be a dangerous game. Teams and supporters ask a lot of the players.

The series helps you appreciate the pressures and stresses that top players and coaches have to live with. It also shows how they interact and bond with each other. They are expected to appear outwardly tough and macho, yet privately, they are often less confident. The Australians share some of their doubts and seem more vulnerable

The story begins when Langer is appointed coach and he has the final word of the last episode. At the end of the England series, the two teams are caught sharing a beer and a laugh in the locker room. Langer addresses the camera and says "I hate to disappoint you, it is not a war it is just a game of cricket." An Australian journalist admits that in the past opposing teams didn't want to share a beer with the toxic Australians. Maybe they have changed. We will have to see how long that lasts. During this series, they seemed to be on their best behavior.

Now let's have it straight ... as a Pom who grew up with Botham and Willis 1981 engraved in my DNA, I have no love for what Steve Smith and Warner did in SA, or not winning the Ashes in 19. But blimey... Massive respect to Tim Paine, Justin Langer and chums for your revival based on watching the Test on Amazon. See you lot in a couple of years. Carry On Convicts. You have your soul back.