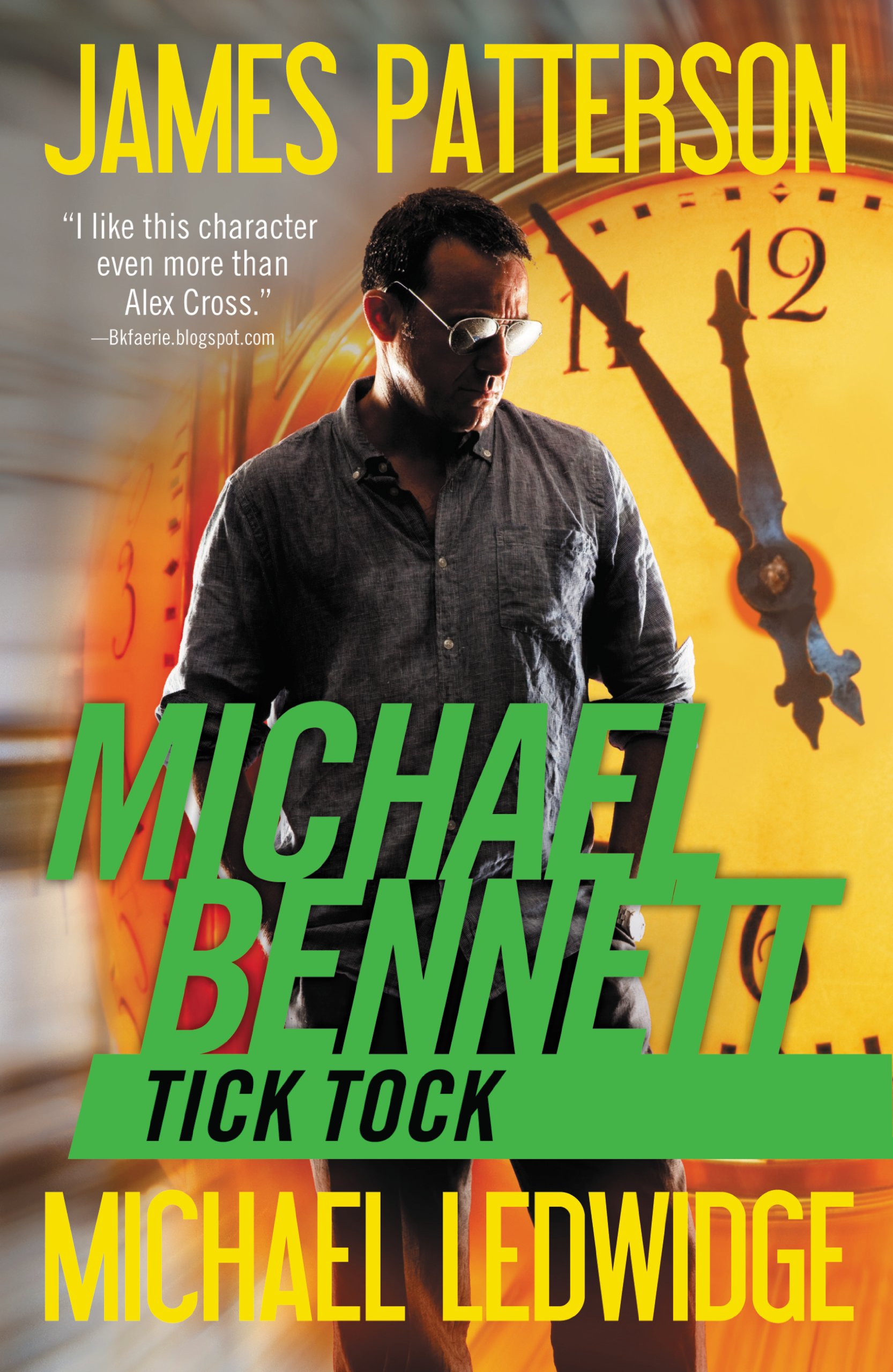 By: James Patterson and Michael Ledwidge

NYC's #1 detective, Michael Bennett, has a huge problem-the Son of Sam, the Werewolf of Wisteria and the Mad Bomber are all back. The city has never been more terrified!
When a rash of horrifying crimes tears through the city, the city calls on Detective Michael Bennett, pulling him away from a seaside retreat with his ten adopted children. Not only does it tear apart their vacation, it leaves the entire family open to attack. Immediately, it becomes clear that the crimes are not the work of an amateur, but of a calculating, efficient, and deadly mastermind.
Bennett enlists the help of a former colleague, FBI Agent Emily Parker. As his affection for Emily grows into something stronger, his relationship with the nanny takes an unexpected turn. All too soon, another appalling crime leads Bennett to a shocking discovery that exposes the killer's pattern and the earth-shattering enormity of his plan. From the creator of the #1 New York detective series comes the most volatile and most explosive Michael Bennett novel ever.
View on Amazon
A world class mercenary is killing people in the New York area, and Detective Bennett is the lead investigator.
The killer is using bombs and also kills with his hands by the use of a knife. Investigation reveals that some of the victims have a common thread of attending a criminal justice class at a local college.
It turns out the killer is working for a wealthy individual that is seeking revenge on anyone that has hurt him. He ends up being arrested and kill's himself leaving the killer with one final job.
As Detective Bennett is involved in a final showdown wit the suspect, there is a twist that keeps the reader glued to his seat.
Another exciting book in the series by an outstanding writer that keeps his readers involved in the happenings of the story.

This fourth book in the Michael Bennett series is one of the most fast-paced, suspenseful and thrilling books that I have read in quite a while. Detective Michael Bennett has finally taken his ten adopted children, their nanny and his grandfather, who is hilarious, for a two-week vacation at the beach in hopes of getting some rest and relaxation. It doesn't quite work out as planned. A killer is terrifying New York as he or she commits one murder after the other. Bennett is stumped and calls on a former friend from Quantico, Emily Parker. With her help they recognize that the murders are looking very similar to murders that were committed in the past by now famous serial killers.

In addition to the crime aspect of this book, there is some romance as well as trouble with the neighbors. This is one exciting book that doesn't let up on the suspense until the very end.

When I picked up my first Michael Bennett Book I didn't realize it was another series, but I think I may like this series better than Alex Cross. I've rarely been disappointed in James Patterson books (every now and then there's a clunker, but overall very good) and I'm so glad I started this series.

Michael Bennett is definitely a character that is "today" and that's reflected in some of the trials and tribulations but also the background of the stories are mirrored in things that are in the news now. The characters are well written and while you may think you know what's going to happen, curves are thrown in to keep you guessing.

One of the things I like about Patterson books is that they usually draw you in quickly (I personally don't like books that you don't really "get into" until the second half of the book - my attention span isn't that good!) and are fast reads.

Definitely recommend this book and the rest of them in the Michael Bennett series.

Michael Bennett is back in this 4th book in the Michael Bennett series. While taking his ten (TEN!) adopted children to a seaside retreat with live in nanny Mary Katherine and (the hilarious and wise) Grandpa.

What Detective Michael Bennett had hoped for was a little r & r and perhaps exploring his growing feelings for Mary Katherine, he uncovered much more than he bargained for when a rash of bizarre crimes tear through the city, terrorizing everyone who lives there . So much for vacation...

When Michael is pulled away from the retreat to investigate the crimes, his family is left open for attack. Working the case with attractive colleague FBI Agent Emily Parker, Michael finds himself questioning what the future may hold. All the while the clock is ticking towards who is behind the odd murders that seem to be copy cats old famous crimes...

A couple of years ago when I started to embrace audio books - this series was one of my first audio experiences. I know this is a Patterson book and I know some people struggle with his books and in some cases I agree, Patterson does have some gory graphic books out there. This series is not one of them. I think it is the touch of author Michael Ledwidge that gives this series its likability for me.

This series is centered around a detective, Michael Bennett who had adopted with his wife, 10 children. As the series opens, Michael loses his wife to cancer and while adjusting to a life without her, maintaining a huge household, and maintaining a high-capacity job, I kind of fell in love with this family.

In this fourth in the series, I enjoyed the start of a possible relationship between Michael and Mary Katheryn and even the annoying presence of the attractive Emily.... tossed in for good measure. The story line of the kids is always interesting and the crimes are usually good and not too graphic.

I found in Tick Tock the gore level was raised - not a lot, but enough for me to notice. I could almost sense the shift from Ledwidge to Patterson. While I still enjoyed this audio, it was probably the one I have enjoyed the least out of the series.

Will I continue with the next one when it comes out? Absolutely... there is still more of this story to be told and I for one want to know what will happen.

I'm caught up in Mr Patterson's spell binding writing. I absolutely love the characters in this series. His stories give great value for money. Mr Bennet is a man's man but he has a depth of love like no other. He's lost the love of his life but finds solace in his 10 yes 10 adopted kids they are the wind beneath his wings. Better still he has a grand father for these 10 kids to die for. He has a wicked sense of humour, life experience and the gift of forgiving. Never one to short change you Mr Patterson serves up equal measure of drama thrill love and compassion with several story threads which all come together to create a rich tapestry of life and love. There's a wonderful nanny in the background who will I'm sure become a significant other sometime soon. There's a crazy person / persons running around recreating historical murders and the violence is escalating so Michael is against the clock. Having managed to secure some much needed family time he is pulled away and must join forces with the F.B.I to solve the grizzly murders. His children are being bullied and as brute force isn't going to work grand daddy Seamus comes to the rescue.
Damm good read.

I have become very jaded with JP's work recently, especially those that are co-written with the exception of the books following Michael Bennett. In particular his most recent Bennett novel Worst Case was a great read so I had high hopes for this one.

The greatest part of a book is when an author develops characters you like and Michael Bennett is no exception. I did find that in this book he didn't seem quite the same. I love the fact that he is a hardworking cop that has a huge brood of children that make up his family. I also love his Grandfather Seamus who is a cheeky but loveable part of Michael's life. I can't put my finger on why Bennett was so different this time round, maybe it was the fact that we see him enter into dangerous territory with two women and he just doesn't handle it all that well.

The biggest let down for me was the story itself, it was lacklustre and to be honest a wash-out compared to the last one. The plot was pretty weak and the killer was all too predictable this time round. The addition of Emily Parker to the case didn't add much to the actual plot with the killer and it lacked being genuine. It felt like the story plodded along and there was no real urgency like there is with many other Patterson novels.

Having said that I haven't written off the Bennett series altogether yet I just hope that in the next instalment the main plot is a lot stronger than this one. I think that the majority of fans will enjoy this book but it certainly won't stay in your memory as being a `great' book.

Enjoyed the story; I think I prefer the women’s murder club and Alex Cross series but Michael Bennett is a decent read.
That said, what is going on with the proof writers on the kindle version. At least five or six times in the book repeated paragraphs, mid paragraph started again. Paragraphs repeated etc makes me wonder what missed out too ?

I started this a while ago. Had it on my kindle for nearly 3 yrs lol, kept thinking I will read this soon. So after I have now read it, it was really good. I've just not been that well to read as much as I could.

It's brilliant to re-connect with Michael Bennett and his brood lol. On a case whilst on holiday at the family beach house and he still has time for romance lol. A brilliant psychopath and his side kick makes a good book in my opinion.