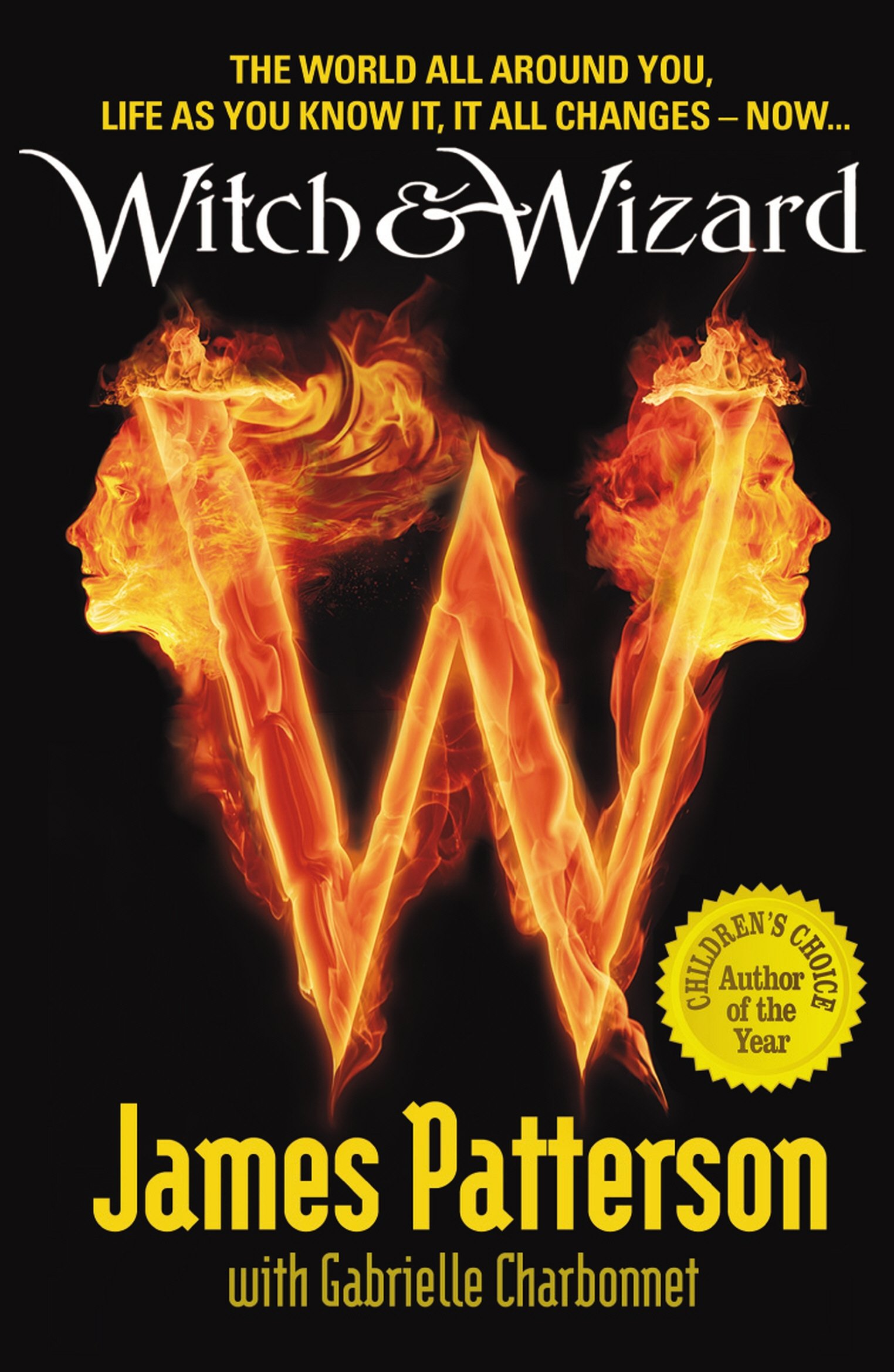 The world is changing - the government has seized control of every aspect of society, and now kids are disappearing. For fifteen-year-old Wisty and her older brother Whit, life turns upside-down when they are hauled out of bed one night, separated from their parents, and thrown into a secret compound for no reason they can comprehend. The new government is clearly trying to suppress life, liberty ...and the pursuit of being a normal teenager. Imprisoned together and condemned to death, Wisty and Whit begin exhibiting strange abilities and powers they never dreamed of. Maybe there is a reason they were singled out. Can this newly discovered witch and a wizard master their skills in time to save themselves, their parents - and maybe the world?
View on Amazon
I am a mature adult reader who likes reading about the world with magic in it. I ordered Witch & Wizard book 1 and 2 without reading a review and was somewhat disappointed.
I had read something, a short story I think, by James Patterson and like the way he writes. Don't get me wrong, the book, in my opinion, is well written and a good story, but it seems, to me anyway, that it was written for a much younger age group, maybe 13-17 years old. My favorite series, Harry Potter, is said to be written for children but I don't think that they are, and I believe that I expected these books to be along the same lines. Some of the situations and introduction of the magical world in "W & W" aren't explained and seem too farfetched. In the other books that I've read on the subject have the same fantastic actions and situations but they are made plausible with their explanations. So I guess it comes down to I am not sorry that I read W & W books 1&2, however, I don't think that I'll be buying any more of this series.

Bought for my 11 year old granddaughter. We are reading it together and it has brought the love of reading and books to her. And special time for us

Witch & wizard is a very good book that Has a great storyline and an obvious moral that makes sense but doesn't make sense. It has suspense, action, and adventure rolled up into one magnificent story called "Witch & Wizard" by my favorite author: James Patterson. The only thing I don't like is switching from whit to whisty over and over again, but even THAT'S a minor thing, I mean, is there anything this man cant do?

Grand daughter loved it and now wants the whole set!

I liked this book as it is something different. It's probably the best in the series as you have all these hopes for the two main characters, hoping their world will get back to normal. I like the way James Patterson writes. In several of his books he talks to the reader to not stand idly by and let society get taken over by crazies.

I've read other books by James Patterson, particularly his Maximum Ride series. I've read every one of the Max Ride books and I'm always pleased when I stumble upon a new one in the book store. That being said I can say unequivocally: DO NOT READ THIS BOOK. Witch and Wizard is an awful book, one of the worst I have ever read, and I read a lot.
I came across this book as a sneak peak to the sequel, The Gift, in the back of another book. I was intrigued, it seemed different and interesting, and the chapter stopped right at a moment that makes you want to read more. When I went online to check it out, I found it was the second book in a series which I bought for my Kindle without reservation.
When I sat down to read it I was disappointed. Very, very disappointed. I persevered for a few chapters and got about half way through the book before I gave up in disgust. There are many things wrong with this book, but the plot flaws and the indistinct characterisation were the most discouraging.
Firstly the characterisation. There is no distinction between the different characters: they don't have their own voice or way of operating, and their reactions to the events of the story are wholly unrealistic. Plus there are the stupid names given to several characters, especially one of the protagonists, Wisteria, more commonly known as 'Wisty'. Now Wisteria is a cool unusual name that the right character could embrace but Wisty sounds like a nickname an older brother would tease his sister with. It is also hard to take an evil organisation seriously when their leader is called 'The One Who Is the One'. The defiant and rude attitude of the main protagonists, the Allgood siblings, didn't make any sense. In the Max Ride books this is a signature of the flock, but it makes sense because they have always been on the run from evil scientists and were basically raised on the streets, so their spunky mistrust for authority figures makes sense. It doesn't for the well brought up, suburban middle class Allgoods who have never had any contact with the police.
The plot flaws are also really frustrating, it just doesn't make sense. The evil government: New Order, snatch the Allgoods from their home in the middle of the night, throw them in jail but let each kid take one possession from their home. Why would an evil government, who have re-written the laws let their prisoners take keepsakes or potential weapons. They've just arrested the pair for witchcraft but let them take a blank book and a drumstick with them into prison. When in prison the pair are also allowed to stay in the same cell rather than being separated. All of this just points to sloppy story telling. A little bit of creativity would have done wonders for this book.
I know this sounds a bit like a rant (which admittedly it is), but that's only because I liked his previous works and was really disappointed to find something so amateurish. I absolutely would not recommend this book, even if you're a fan of Patterson's work, it is predictable, poorly written and very flawed. It feels more like a first draft than a published book, and should not be read by any one.

It was ok, very different than im used to from james patterson, but i like witches so it was god and i will read the rest in the series

I have to say that I'm a huge Harry potter fan and I really thought that I would never find anything that would ever compare to it but I am happy to say that I love this book it's what I would call a cross between Harry potter and the hunger games so I'm very happy with that.

The only thing that I would say is that it does take some getting used to with the fact that the chapters read through the eyes of the two main characters but other than that this book is a bloody good read :)

I have read all of James Pattersons books and found this one really a refreshing change. I am looking forward to the next book in this hopefully new series. This should perhaps have had a better description of the contents as when purchasing a James Patterson book you can almost expect a thriller/murder without being told otherwise you could be disappointed, fortunately I really enjoyed it